From Knitting to Crochet

After three years and two months, I FINALLY finished the knit blanket I promised Boogs. In my defense, it was supposed to only be a small throw blanket. But, Boogs asked if I could make it big enough to go on his future college dorm bed. This is a picture of the blanket in November 2017. 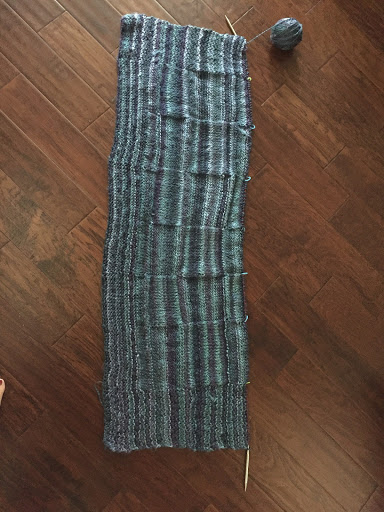 In the intervening years since I started this blanket, I have developed arthritis in my thumb. I really wanted to finish it sooner but it was sometimes too painful to knit. I finally finished the blanket in January 2021. This picture shows it laid out on a queen size bed. 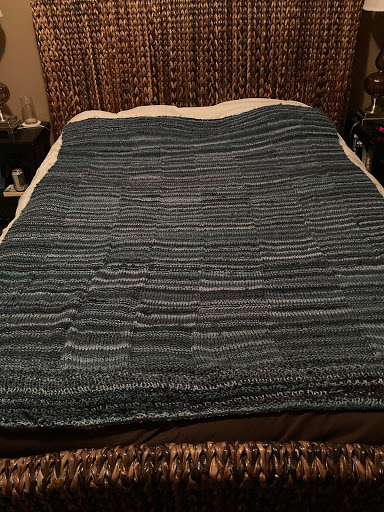 Boogs was very happy to have it finally finished! 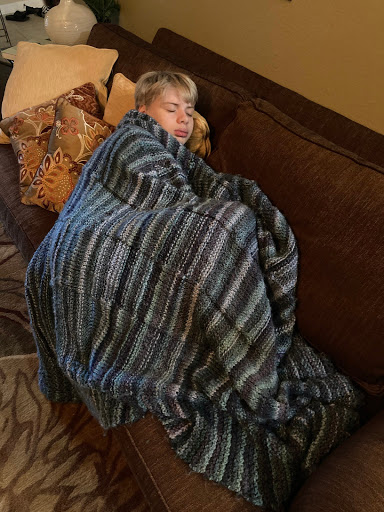 I like to make and create things, so I started trying to figure out my next craft. I tried watching a few youtube videos on how to draw. That is not an area of talent for me. I did draw a halfway decent turtle. 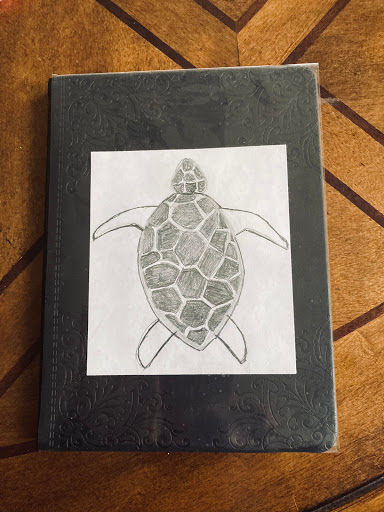 And, I found an amazing step-by-step VIDEO by RapidFireArt on how to draw a hyper realistic eye. I was amazed at how well this turned out when I followed along exactly with the video. I was unable to duplicate it without the video. 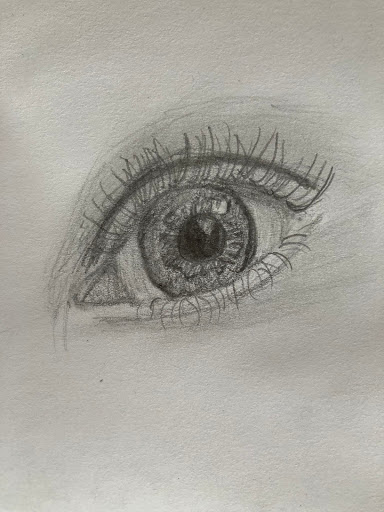 One of the teachers on my team at work is retiring this year. The team has decided to throw her a Fiesta for her Siesta Party. We were discussing things and came upon the idea to have a pinata and have the teachers write notes to put inside it. We could not find an inexpensive, classy looking, flower pinata, so I volunteered to make one. I think it turned out very well. It took about three hours to make. It has two cardboard circles taped together with a long strip for the structure of the pinata. I used tissue paper and a scalloped punch to create most of the pieces for the flowers. I hope she likes it. It has been a while since I last made a pinata. I used to make them each year for Boogs' birthday. 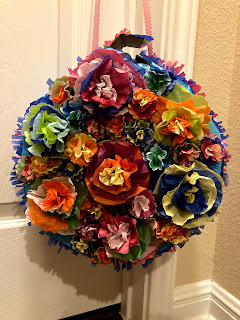 A friend gave me this gigantic ball of yarn for Christmas. I knew I wanted to use it in some way but I was not up for knitting another blanket. My sister makes beautiful crochet pieces so I thought I would try crocheting. 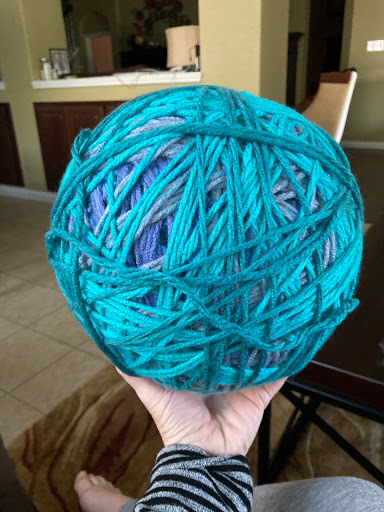 I knew I needed help learning how to crochet and magically (I know they are listening) an ad for Woobles appeared in my Facebook feed. Justine, the co-founder of Woobles, puts together adorable crochet beginner kits. Everything you need to get started comes in the kit. I ordered the penguin kit. 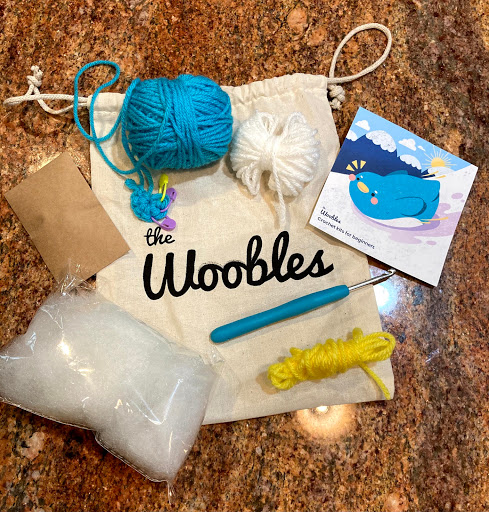 The video link led to step-by-step explanations for how to create each stitch you needed to complete the project. Boogs had mentioned an interest in wanting to learn how to make crochet creatures so I decided to let him have this kit. I used my own yarn and supplies and followed the video instructions to create my first penguin. I will admit, it was a bit of a mess. I hadn't figured out how to control my tension on the yarn and I did not buy the proper safety eyes for the project. 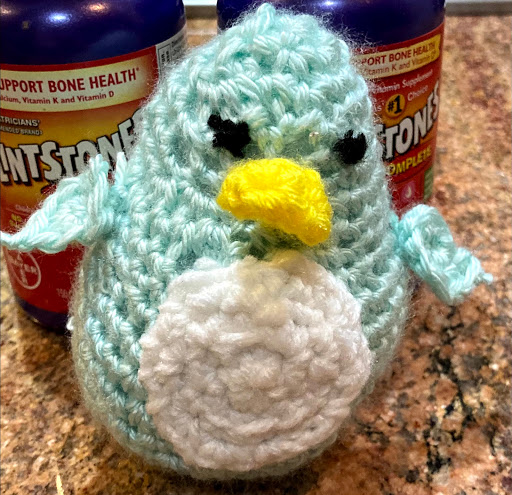 I used the pattern and videos and tried again. My second penguin was ADORABLE! 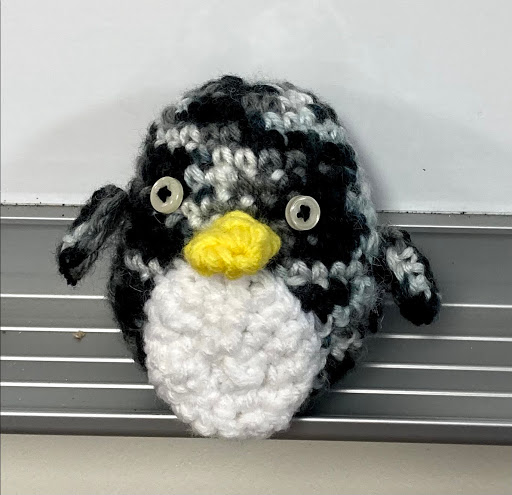 I then used the pattern as a base for trying another bird to give to a friend's son. It turned out goofy and cute. 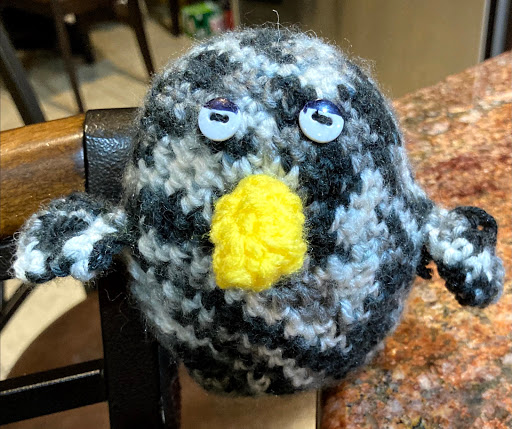 Learning to crochet from the Woobles kit videos gave me the confidence to try other crochet projects. I took that enormous ball of yarn from my friend and made a throw blanket. It is quite warm and cozy. 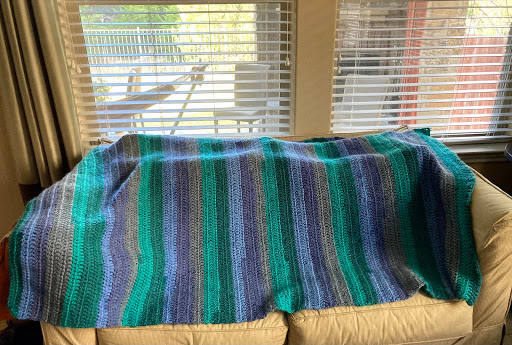 I have become a little bit obsessed with crocheting. It does not hurt my hand like knitting did. I am excited about learning how to make all sorts of crochet things.

Have you tried any new hobbies lately?