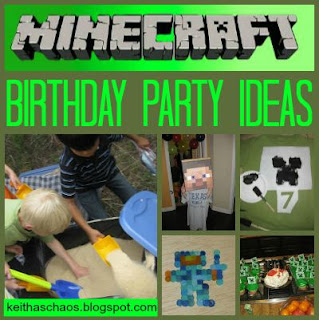 A couple of weeks ago, Boogs asked if he could have a MineCraft birthday party. I was kind of hoping to skip a big party and just do a family thing. We compromised, I let him have a party but he could only invite the same number of friends as his age - 7.


Every year, I freezer paper stencil a special birthday shirt for Boogs. This year he wanted a Creeper shirt. I decided to use this green shirt that he already had. The Creeper face is slightly off-center because I covered a stain on the shirt with the black fabric paint. 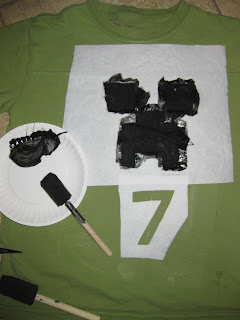 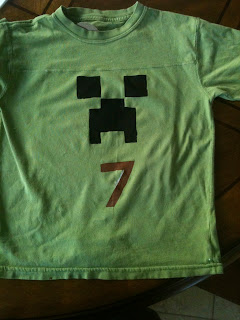 My printer got a real workout while preparing for the party. I could not find MineCraft party merchandise. Luckily, there are a lot of places to find free templates for downloading various images and papercrafts. Instructables site was very helpful. 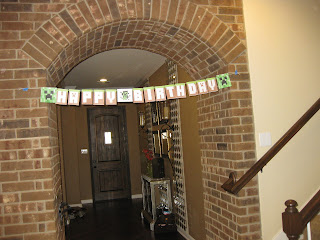 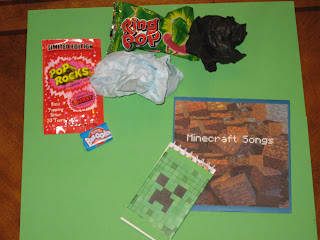 I made a Steve head for Boogs. He really liked it! 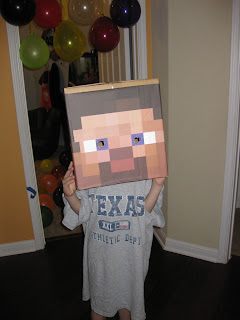 For the party craft, I set out fuse beads so the kids could make MineCraft items. 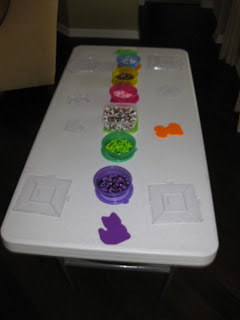 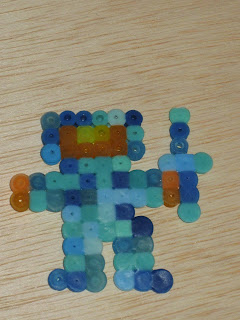 We had snacks and also ordered pizza. 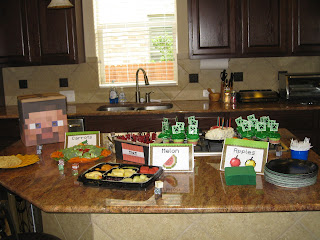 I am horrible at icing cakes. Boogs really wanted a cake like the one in MineCraft. I tried my best. He said it was cool. Boogs ate some of the white cake while his guests ate the Creeper cupcakes. During the party, my sister asked Boogs if he made the cake all by himself because it looked like a 7-year-old had made it. :-) 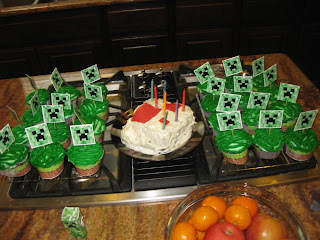 The kids spent quite a long time working on their fuse bead creations. 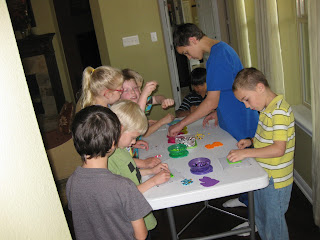 We played Pin the Tail on the Ender Dragon. 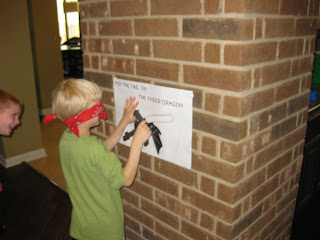 My mom was being goofy during a card game. I don't know how they concentrated on the game with the noise of Boogs' party in the background. 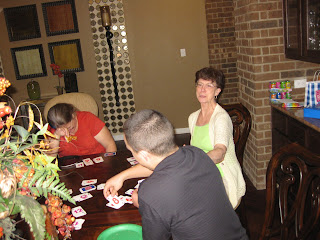 Boogs asked if I could make a Creeper pinata. I really could not figure out how to make it work. Instead, I put their treasure into a Ziplock bag and then buried it in sand. The kids had to follow the trail down into the mines to dig for their treasure. I told them to stay on the path or the Creepers (cactus) would get them. 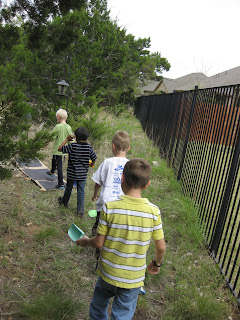 At the end of the trail, the kids had to knock down a wall to get to the mine. The mine was a large tub filled with sand. 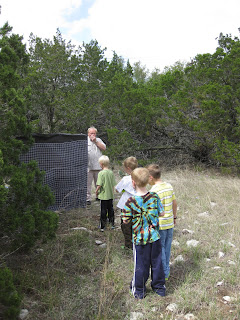 I did not expect them to throw the sand around so much. It was fun watching them. Once they found a baggie, they moved away so someone else could get a turn. 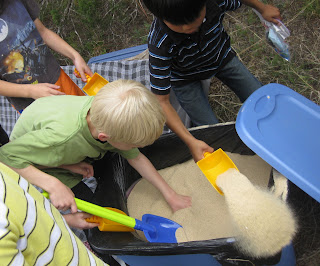 I thought this was a cool action shot.

After everyone finished mining, we headed back to the house for cake. 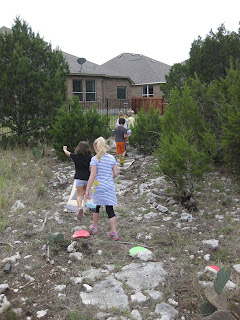 I still can't believe that Boogs is 7. He is growing up so quickly. 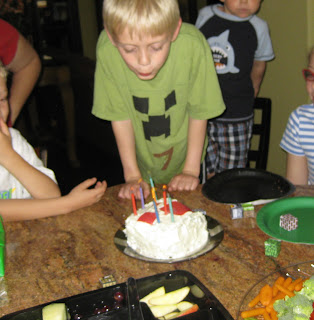 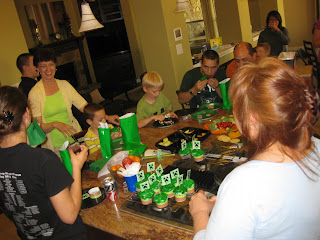 The kids wanted to see Boogs new pet hamster. I told them thet had to sit in a circle and be very calm. I put Winter in her exercise ball and let her run around inside the circle of friends. This was the quietest few moments of the party. 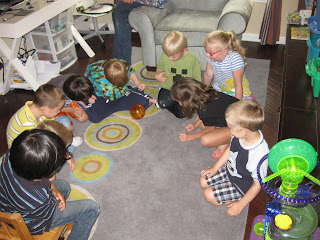 I think everyone had a good time. I really appreciated my friends and family helping me clean up after the party. Boogs told me he had a great time and thanked me for giving him a fun party.


My party planning was made so much easier with help from these blog posts and sites:


Links to food signs, minecraft cd, and pin the tail on the Ender Dragon

I also looked at several other Minecraft parties which I pinned on my Parties/Gifts board on pinterest
http://pinterest.com/keithas/parties-gifts/

Here are links to two other fun parties Boogs has had in the past:
Bug Party
http://keithaschaos.blogspot.com/2012/04/bug-party-flashback.html

This post was linked up to Country Kids from Coombe Mills linky party. Be sure to check out the wonderful sites I link to on my sidebar.
Posted by Keitha at 8:58 PM