I showed my friend the scuba diver I crocheted and she loved it.

She insisted that I make one for her daughter who is a freediver. She kept saying, "I commission you to make one for me." It was funny. She did not stop saying that until I told her I would try to make one. She asked me to change the hair and eye color to brown, to make the wetsuit black, and to make the accessories turquoise. She also said to make sure it had big lips. As a freediver, the doll would not need a scuba tank and vest but would need a snorkel. 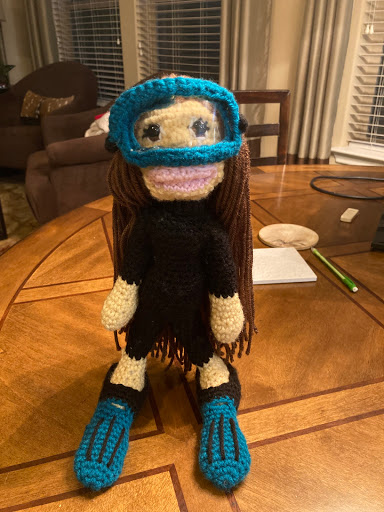 It was soooo much easier to make this doll the second time. I felt like I knew what I was doing. Luckily, I had saved my handwritten notes (on this pattern from AmiLovesGurumi) showing how I'd changed the first scuba diver from the pattern of a frog to the pattern of a human head. I think the freediver has a much better nose than the first one. 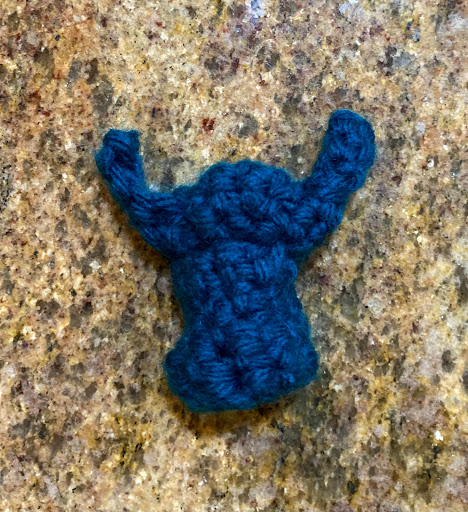 I really struggled with how to make a snorkel. I could not find a pattern for it and was unsure how to crochet the mouthpiece. I remade the mouthpiece twice and the snorkel tube four times before I felt like it look correct. 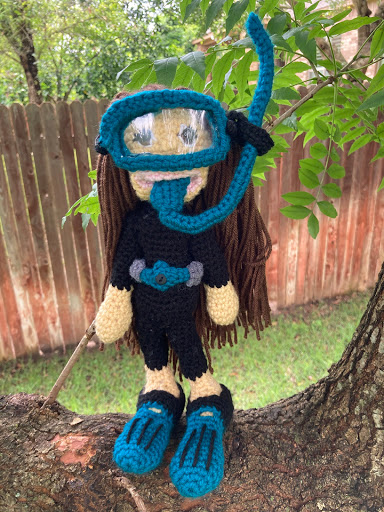 After finally figuring out the snorkel, I felt like the doll was missing something. I whipped up a little weight belt for it and it completed the look. The weight belt can be unbuttoned and removed. The little gray weights can also be removed from the belt. I left the hair long and untrimmed so my friend could cut it to match the length of her daughter's hair. I really like the way it turned out. I bought about $10 worth of supplies to make it. Now, I just have to decide how much to charge for the doll.

I had a different friend request a beagle to give as a baby shower gift. 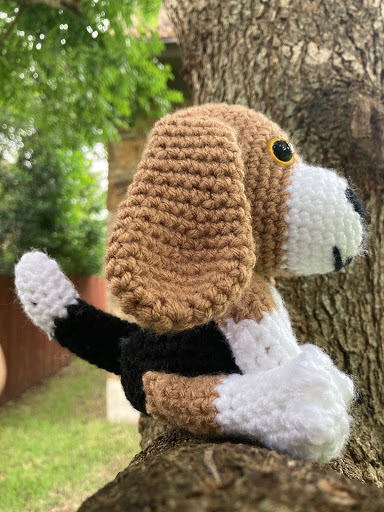 I found three amazingly adorable beagle patterns and had to buy all three. (One, Two, Three) All three patterns were less than $15 and I know I will be making and eventually selling all three. When I showed them to her, my friend chose the first little puppy. She asked me to add pads to the bottom of his paws. I chose to make them pink. I think they make this puppy look even more adorable. 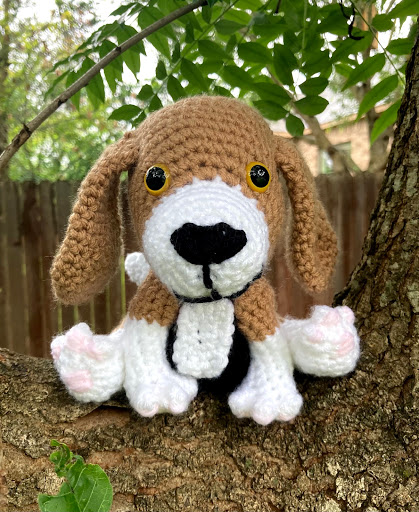 It is so hard for me to figure out how much to charge for these creations. If I didn't have to support my crafting habit / budget, I would give them all away for free.

I am currently looking for some cute Christmas patterns to make and sell at craft shows in the late Fall. What amigurumi Christmas items do you think people would want to purchase?

Posted by Keitha at 8:04 AM No comments: