My baby boy Boogs is now 12-years-old. I can't even believe it. This does not seem that long ago: 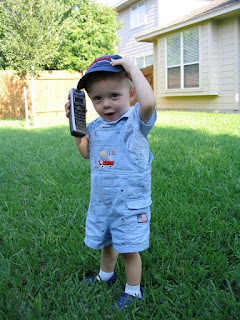 This year and last year, Boogs has decided on birthday celebrations that are not big parties at home. I loved planning the home parties and have kind of missed them. Boogs invited 7 friends to join him for an Escape Room adventure. You have to use codes, locks, puzzles, and brain teasers to solve the clues. This escape room was one you had to break into instead of break out of. You only have one hour to solve everything. To start, the boys had to get through three separate locks on the door to enter the room. 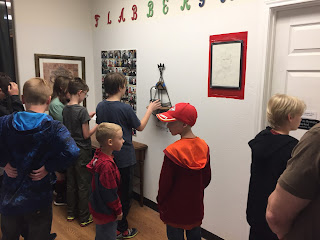 They managed to to get through the door in a decent amount of time. 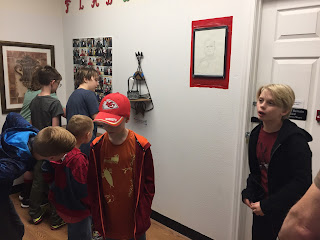 Once in the room, they had lots of clues to solve to open these lockers. The lockers contained their prizes. When the hour was up, the boys had opened the bronze and the silver locks. They ran out of time to open the gold one. Boogs said it was fun, he was glad he did it, but he would not want a party here again. 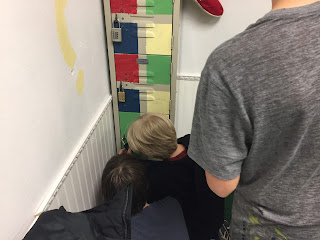 We took everyone back to our house. Unfortunately, we had one freaky cold day that week and it was that day. The temperature dropped almost 40 degrees F from the day before and it went back up 20 degrees F by the next day. I set up our small soccer nets, had soccer balls, cones, and balloons outside for the boys to play with. 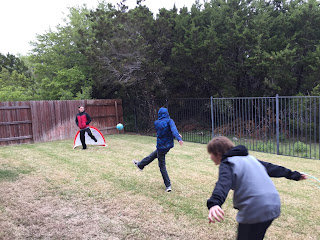 I was surprised by how much they liked hitting each other with the balloons. 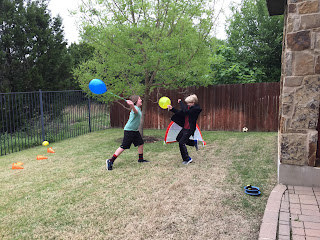 I tried to give everyone jackets, but some kids declined. 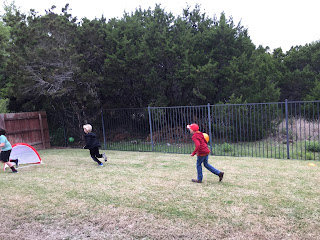 They lasted outside for about 30 minutes before they were too cold to stay out any longer. 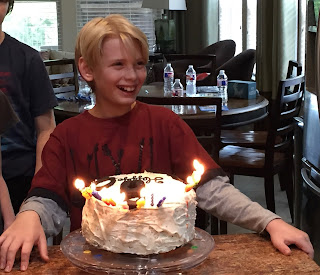 We came inside for pizza, cake, gift opening, and a little cuddle with Boogs' hedgehog. 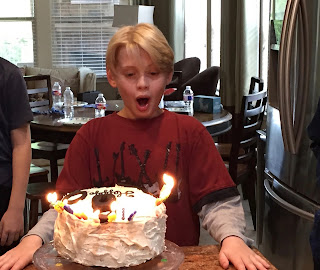 Last year, I never got around to posting about his 11th birthday. Sorry Grandmaman! Boogs asked for a party at Dart Em Up, a Nerf gun battle place. 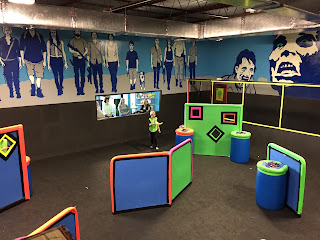 Dart Em Up opened shortly before Boogs birthday last year. It is a very clean and well organized place. They have a "caller" who stands on a platform and gives instructions for each 5 (or so) minute game. The group had a blast running around dodging each other, capturing the flag, protecting the VIP, and other games. They were sweaty messes by the time they left the battle arena. 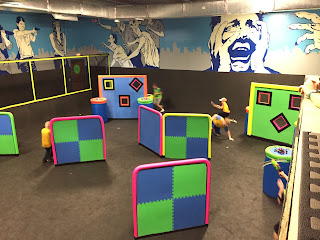 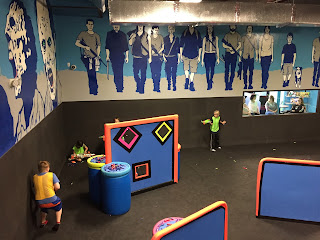 We have liked Dart Em Up so much that we've been back probably seven times in the past year. The owner is very nice. I had a student studying the Nerf company for a research project, the owner graciously let me send that student to interview him about the types of Nerf products he uses in his business. 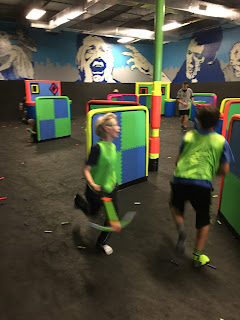 The party room had a host. She kept things running, organized a couple of games, served the food, and was very patient with the kids. 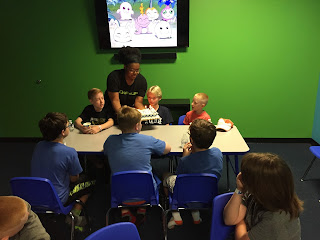 After the food, the party moved to the arcade area. Everyone had a cup of tokens to use while they waited for their parents to pick them up. 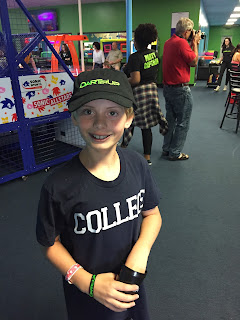 Boogs said he really enjoyed this day about equal to his home parties. He is growing up so fast. 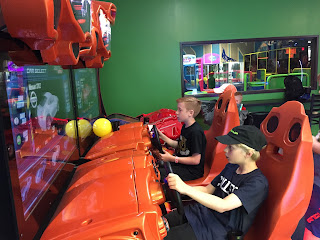 Posted by Keitha at 8:21 AM No comments: