Our first night camping at Palmetto State Park was nice. The kids fell asleep and did not try to sneak out of their tent. I woke up at the crack of dawn. Boogs is definitely my child, he woke up shortly after I did while D and the J-boys slept for another hour or so. 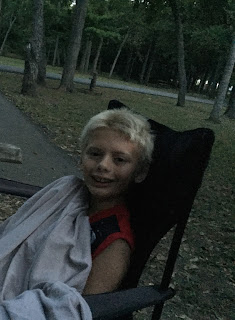 It was very quiet this morning. The day visitors had not yet started to arrive and the other campers were still sleeping. 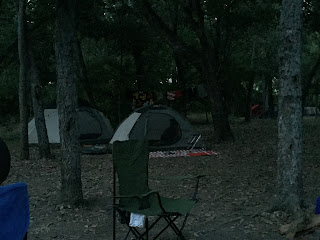 The boys had to play a few more rounds of badminton before breakfast. Unfortunately, J4 walked a little too close to a swinging racket and ended up with a slight black eye. That and a waffle iron burn were the only injuries this trip. Wahoo! We are improving our safety record. 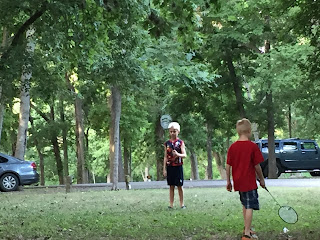 We stopped at the scenic overlook near the park entrance. 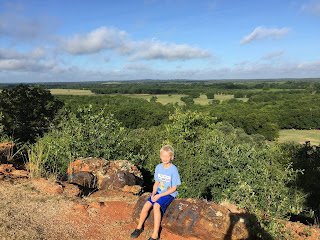 While we were at the scenic overlook, a small gray and black kitten came up near the rocks. The boys started talking to it and decided it should be named Twix. A little while later, a little bit bigger kitten came up, too. The boys named it Yogurt. We gave them a some water before we left. 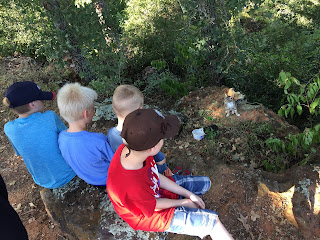 We drove to Goliad (it was a bit further than we originally thought) to visit the Presidio La Bahia (Fort Goliad). The Goliad location of Presidio La Bahia, was built back in 1749 as a Spanish Mission and fortress. Later on it became a major garrison in Mexican Texas. It was also the site of the worst massacre,  of 341 men under the leadership of Colonel James Fannin, during the Texas Revolution. 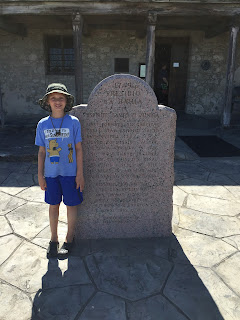 There is a museum area and gift shop when you enter the Presidio. We watched a short movie about the history of La Bahia before touring the museum area. 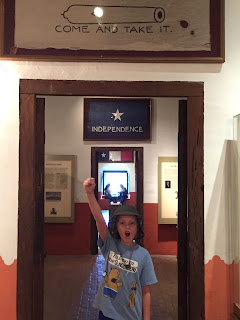 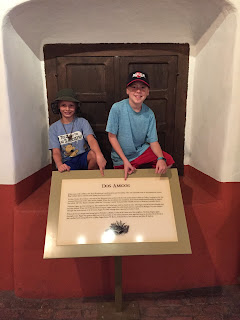 The entire fort and chapel have been carefully documented and in the 1960s were restored to look like they did in 1836. 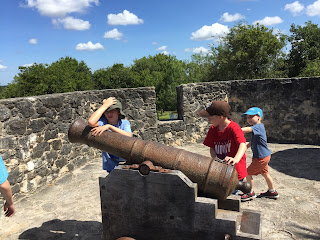 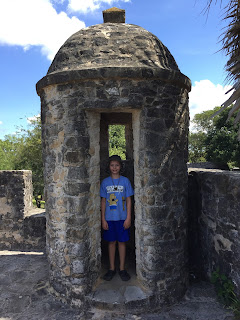 It is hard to imagine so many soldiers and people living inside the walls of this fort. The boys loved exploring all parts of the Presidio. 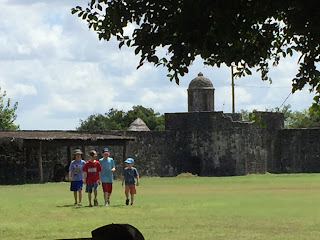 They even found a little lizard. 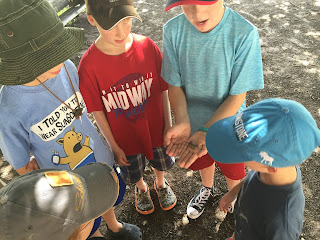 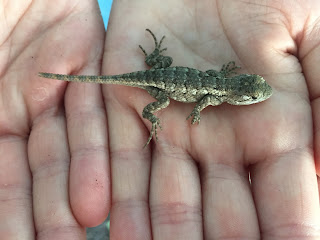 D and I enjoyed the shady benches while the boy's explored. 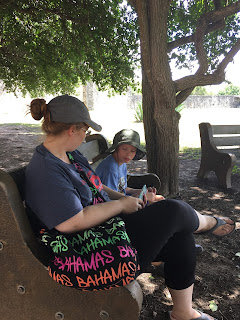 There are parts of the fort you can rent to stay in overnight. We thought about doing this, but the $200+ nightly fee was more than we could spend. It would have been an amazing experience. 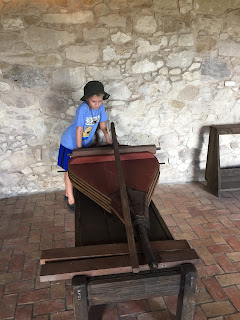 There were many items to look at. Boogs and J3 ended up in jail. 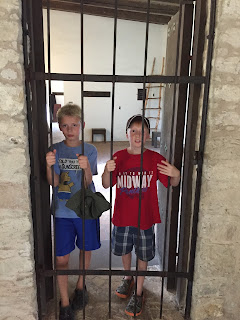 We even played a little bit of hide and seek inside the grounds. 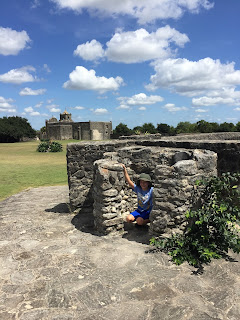 After we left the Presidio, we went over to visit the Fannin Memorial Monument where Colonel Fannin and his men were buried after Santa Anna ordered their execution. 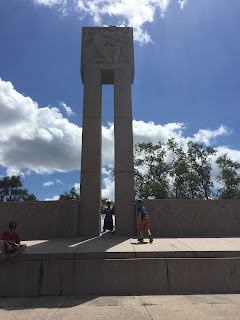 We were all very hot and hungry by early afternoon. 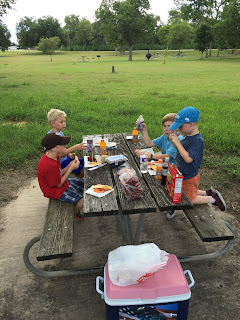 We had a picnic lunch at Goliad State Park before heading back to Palmetto State Park for another swim to cool off.

This post is linked to:
Country Kids from Coombe Mill