Today, Boogs' story themed lunch was based on the book EllRay Jakes Is A Rock Star! by Sally Warner. 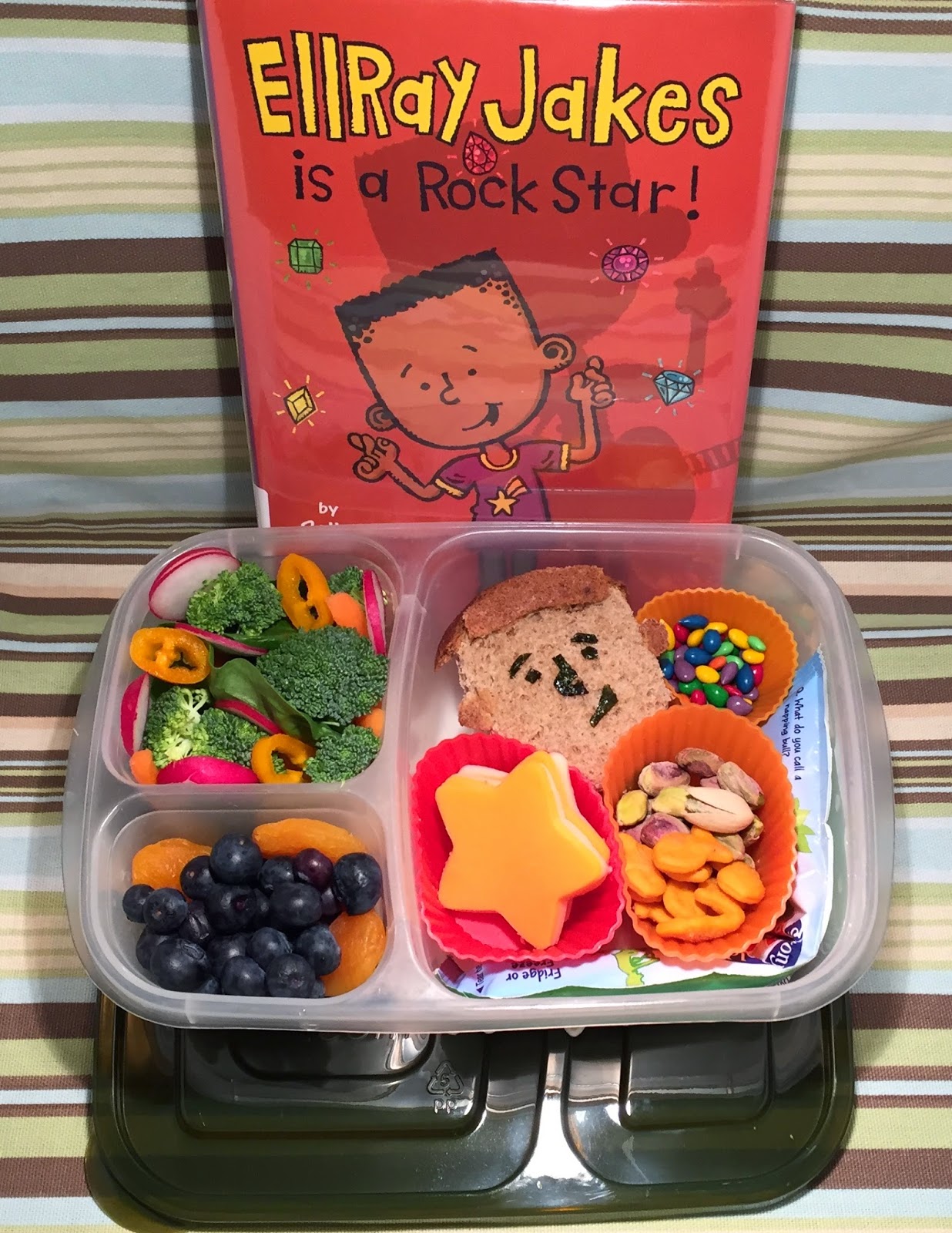 EllRay wants to be popular at school. When his Dad is out of town, EllRay goes into his Dad's study and borrows several crystals to take to school. EllRay accidentally ends up giving away the crystals so his classmates will like him more. He does not understand how he ended up making such a mess. When his Dad finds out, EllRay has only two days to get all the crystals back or his Dad will go up to school. EllRay tries his best to get the crystals back but some of his "friends" will only give them back if EllRay does something else for them. Soon, EllRay finds himself going into the girl's bathroom, buying flowers for a girl on Valentine's Day, buying candy bars for another classmate, and making a Lego castle for a fishbowl. EllRay learned that giving things away, especially things that don't belong to you, is not the way to make friends or become popular. Boogs is enjoying the series of EllRay Jakes books. This is the second book in the series. As soon as Boogs finished this book, he started the next one. 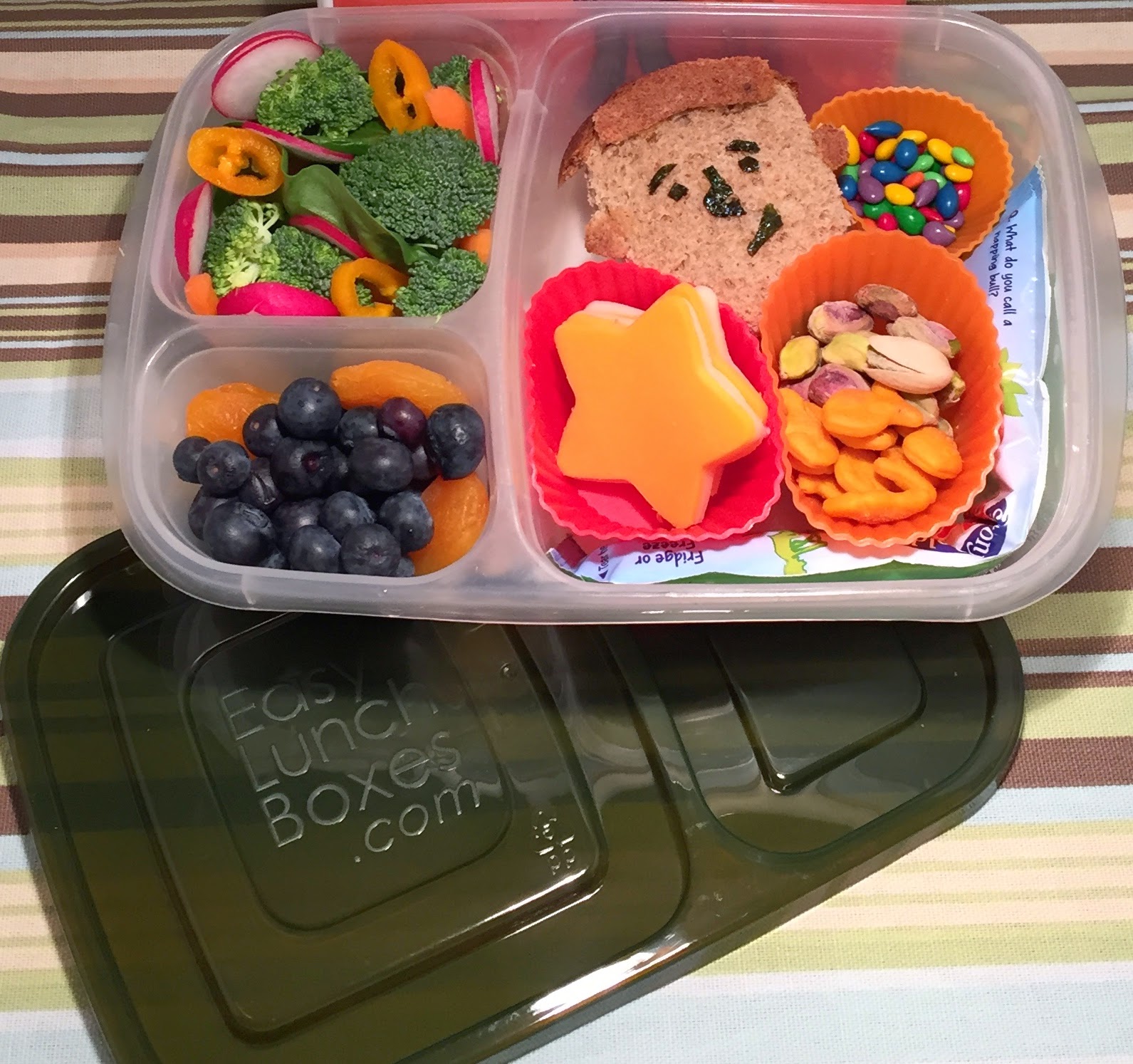 I have loved using EasyLunchBoxes for the past several years. The three compartments make is so easy to pack and portion food for my son's lunch. EasyLunchBoxes just came out with their Urban colored lids. 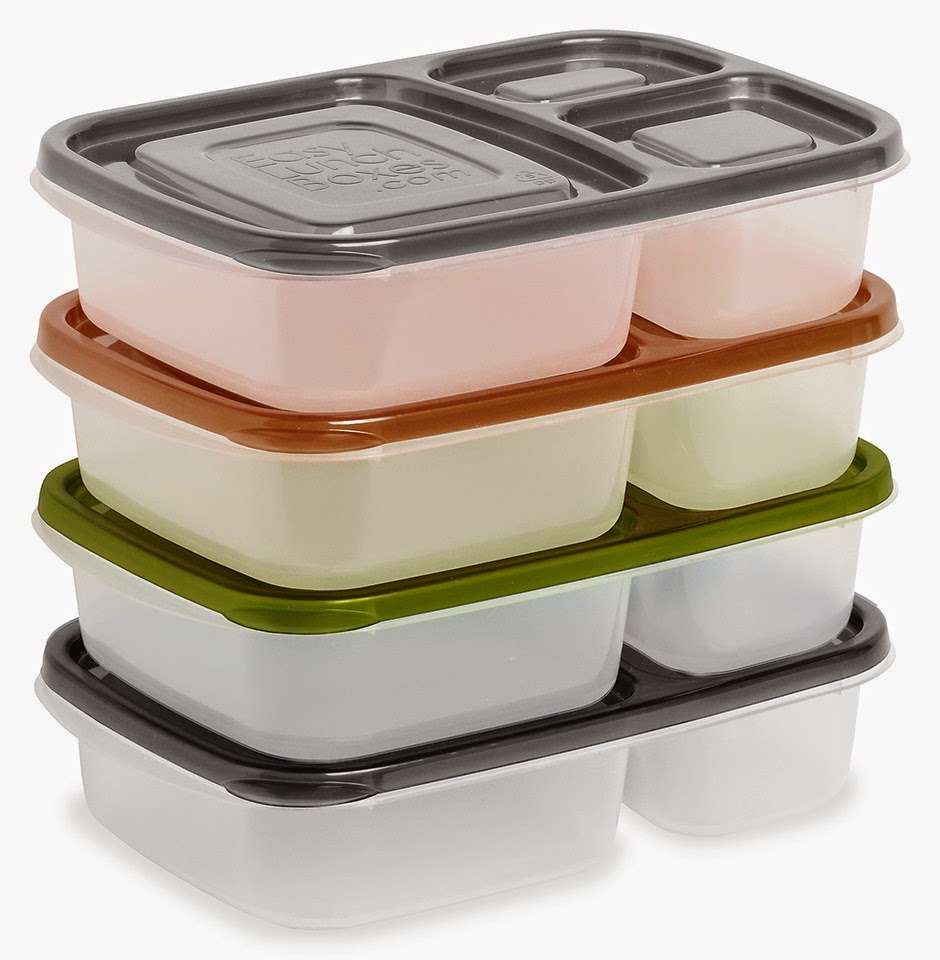 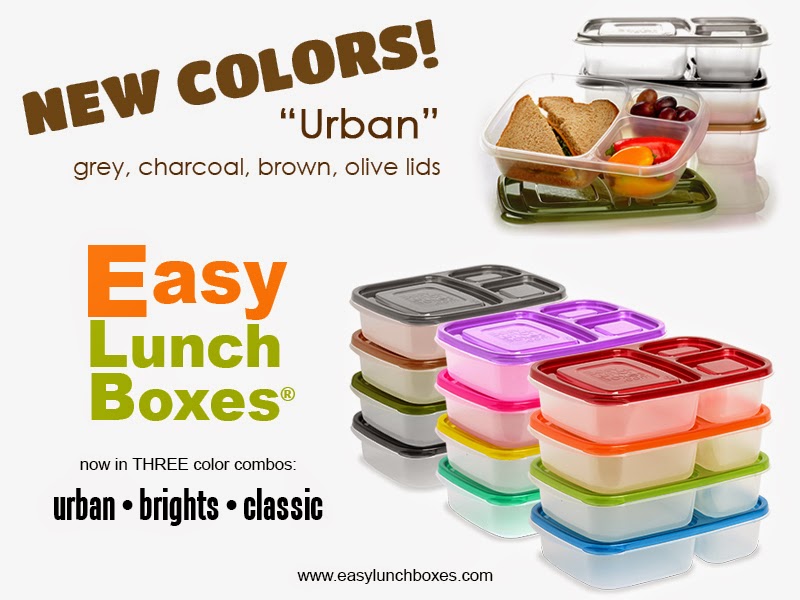 We now have all three sets - Urban, Brights, and Classic. I use these containers almost every day for Boogs and often take them for my own lunch. You can purchase them HERE.
Posted by Keitha at 3:24 PM