Boogs has always resisted bike riding, letting us know he was perfectly fine just riding his scooter. He has had three bikes, one we bought and two were hand-me-downs from a friend as her son outgrew each of his bikes. He did not want to ride them with or without training wheels. Last week, Boogs decided he wanted to ride his bike and asked if Daddy would help his take off the training wheels and adjust the seat. 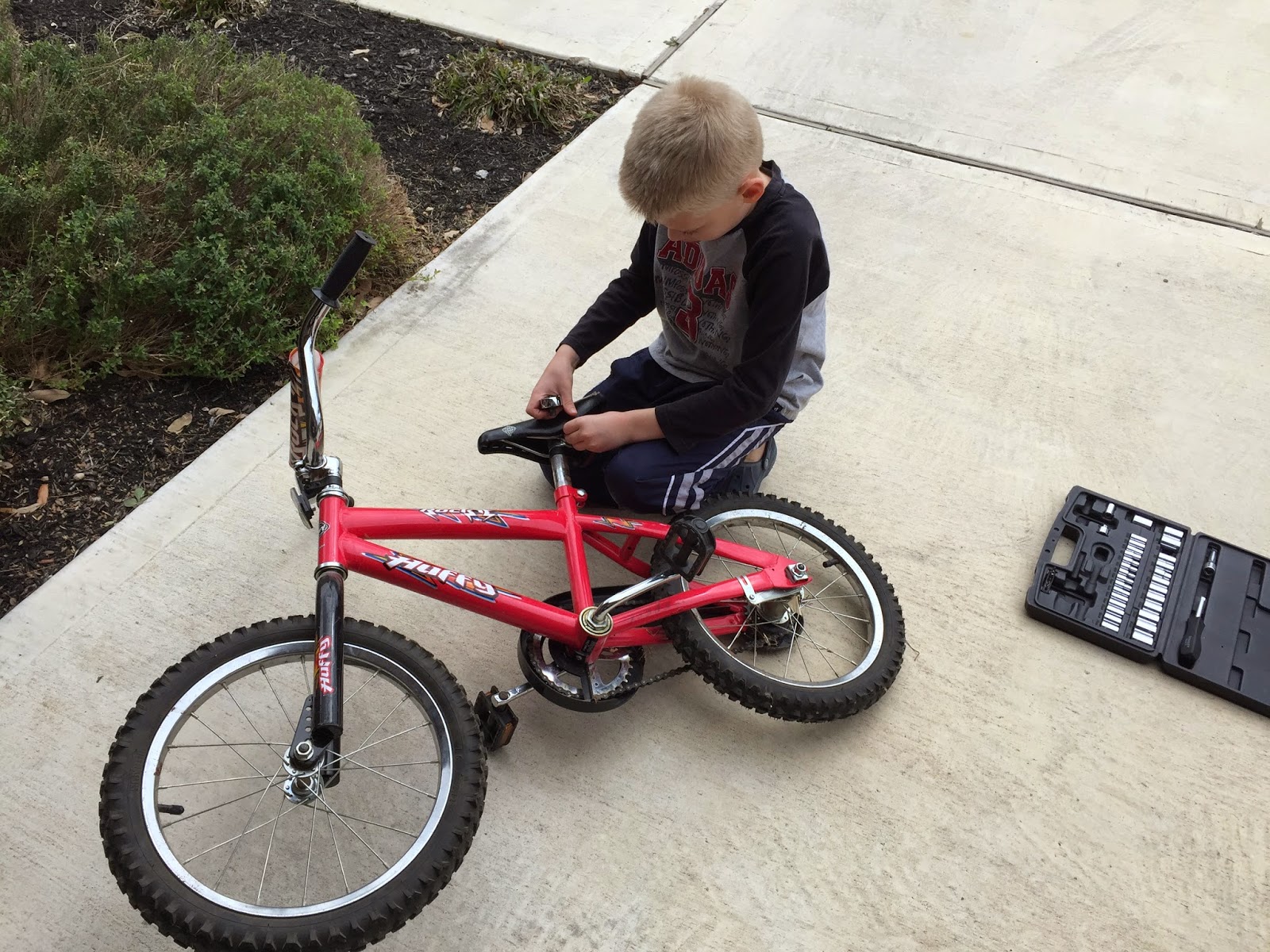 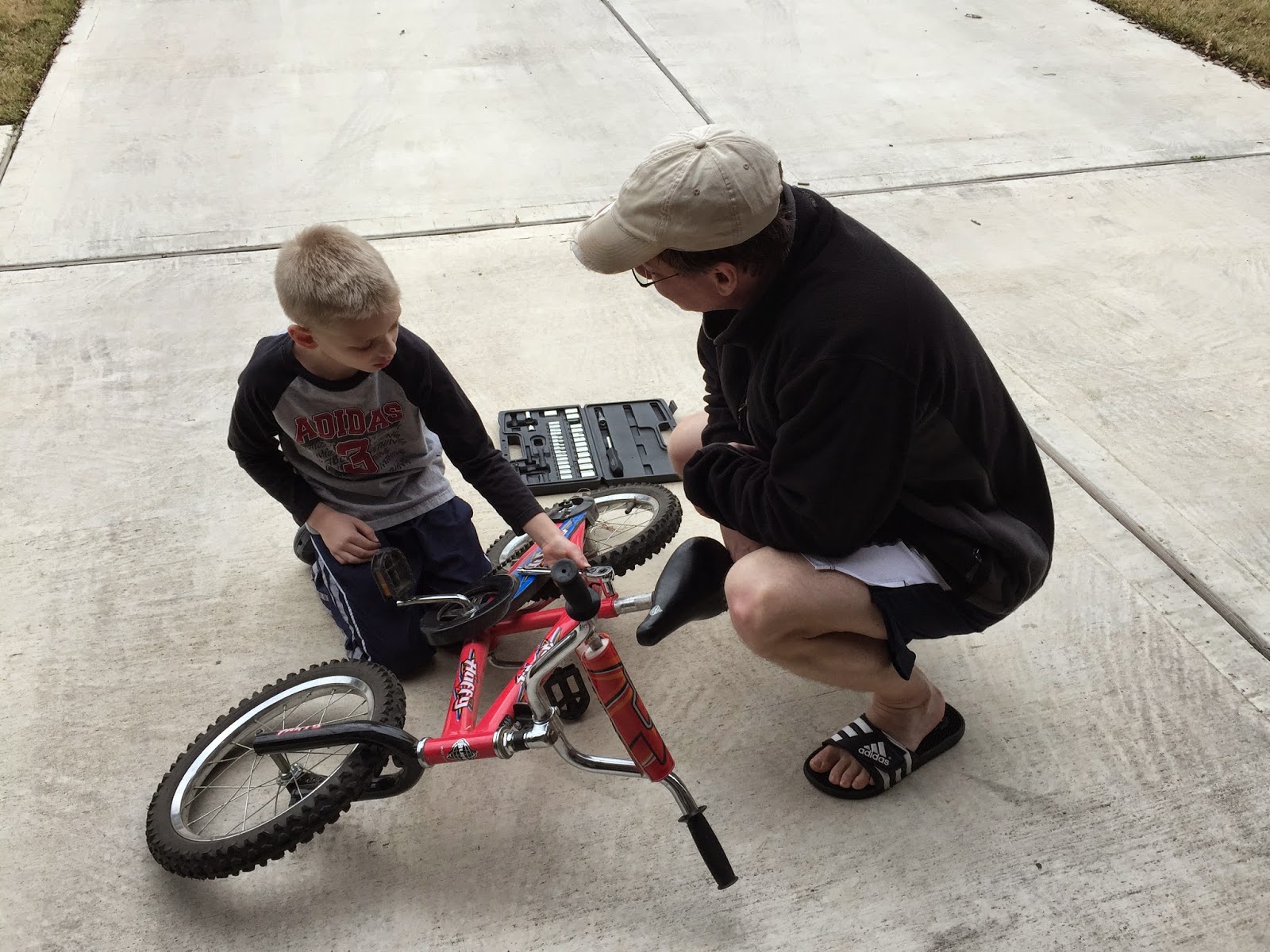 Boogs got on his bike and rode it down the street for the first time without training wheels. 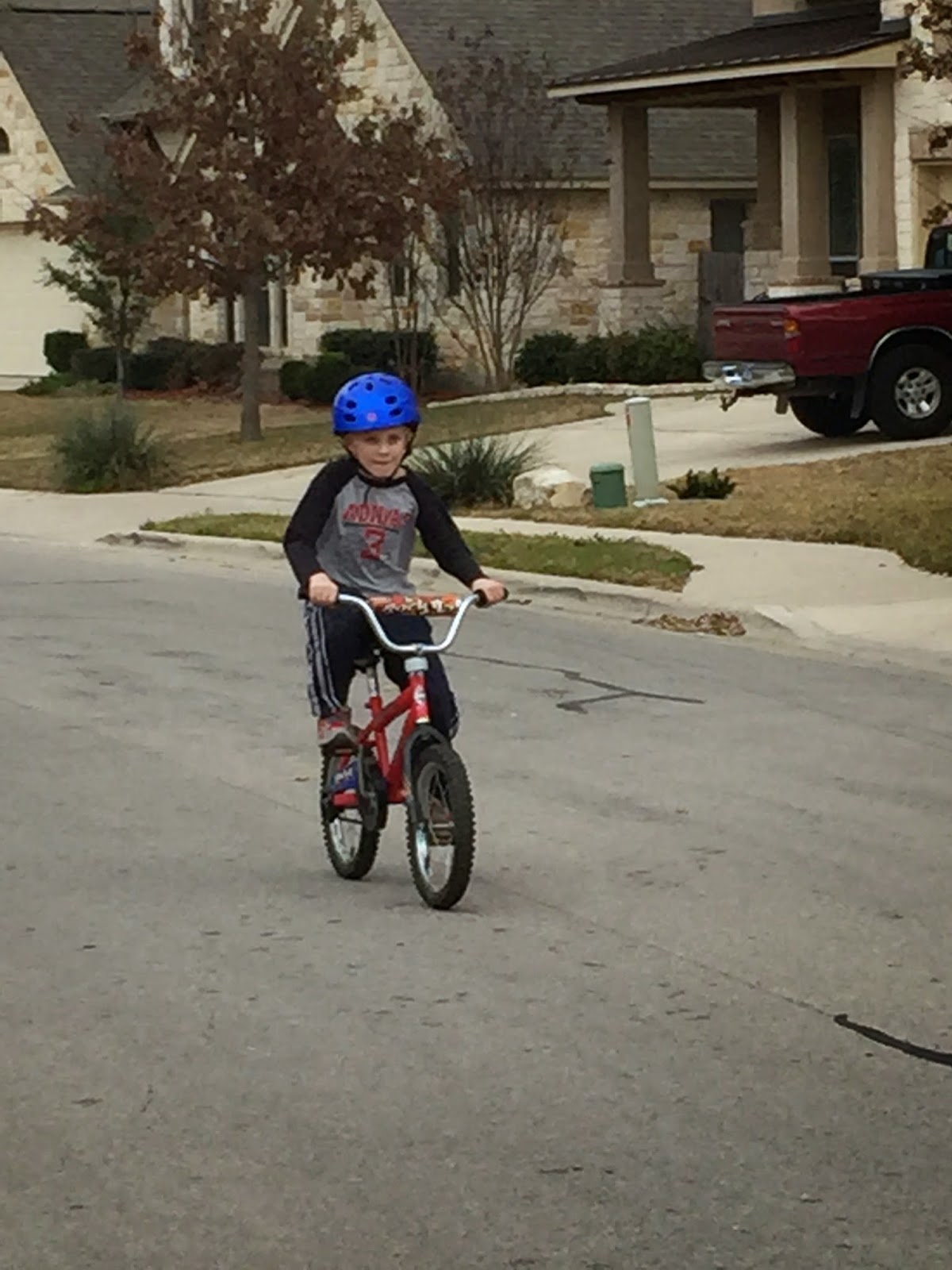 He did great. Daddy rode beside him on a scooter. Boogs' bike was a little small. 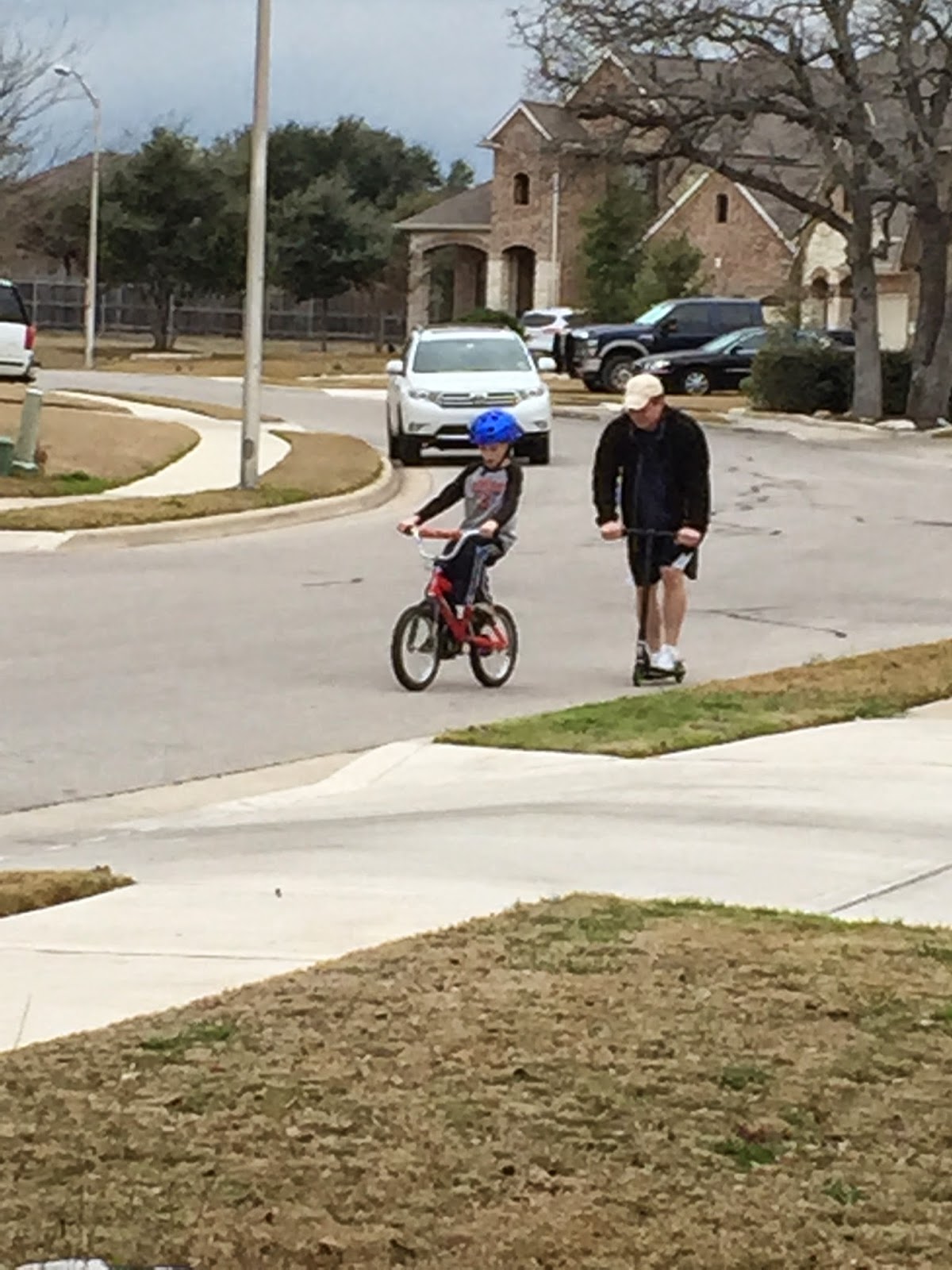 We went bike shopping and bought a new bike that fit Boogs better. He loved it. 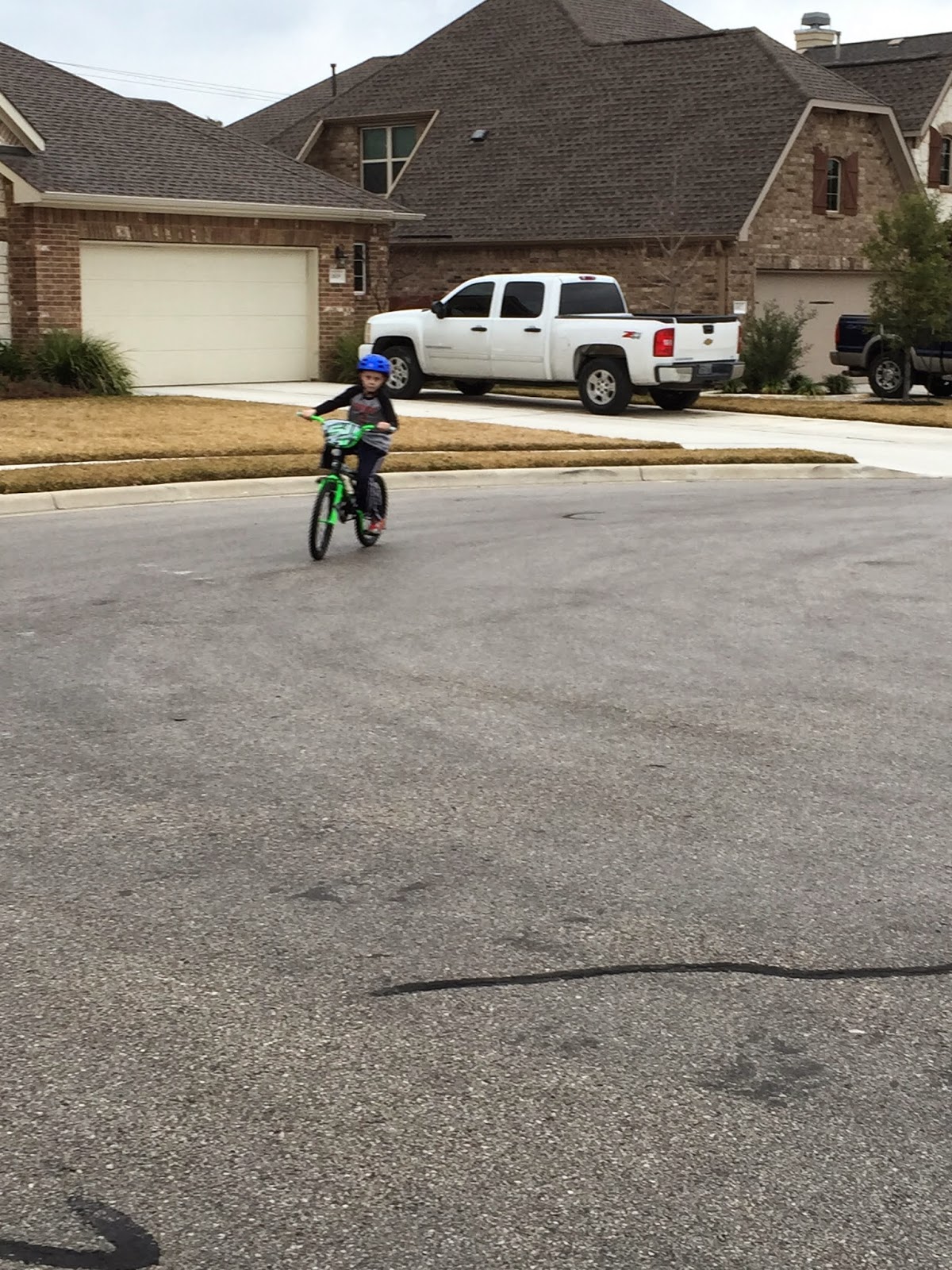 We spent the next couple of hours riding bikes until it started sprinkling. 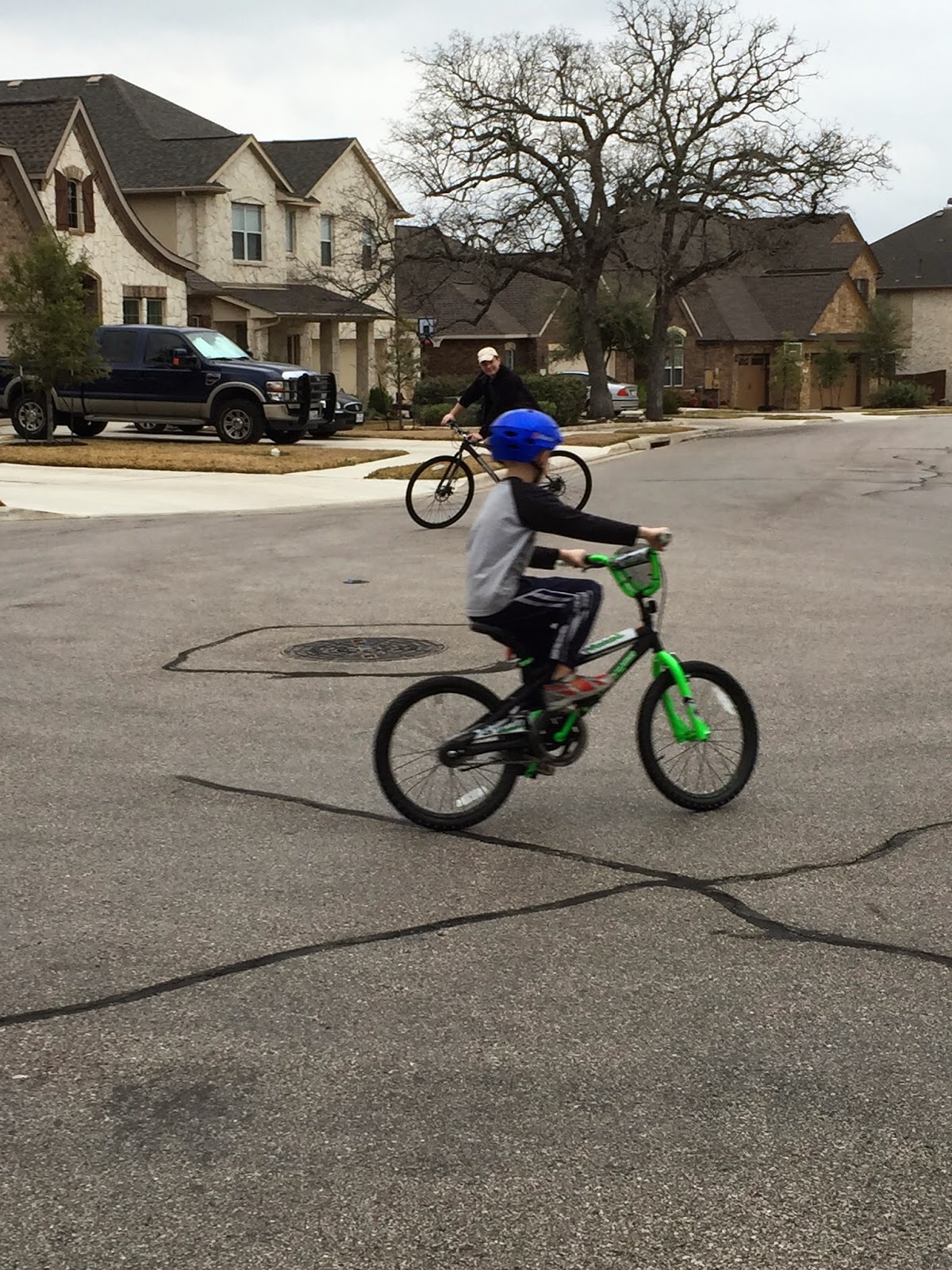 Since then, Boogs has been riding his bike every day. I seriously did not think he would ever ride a bike. 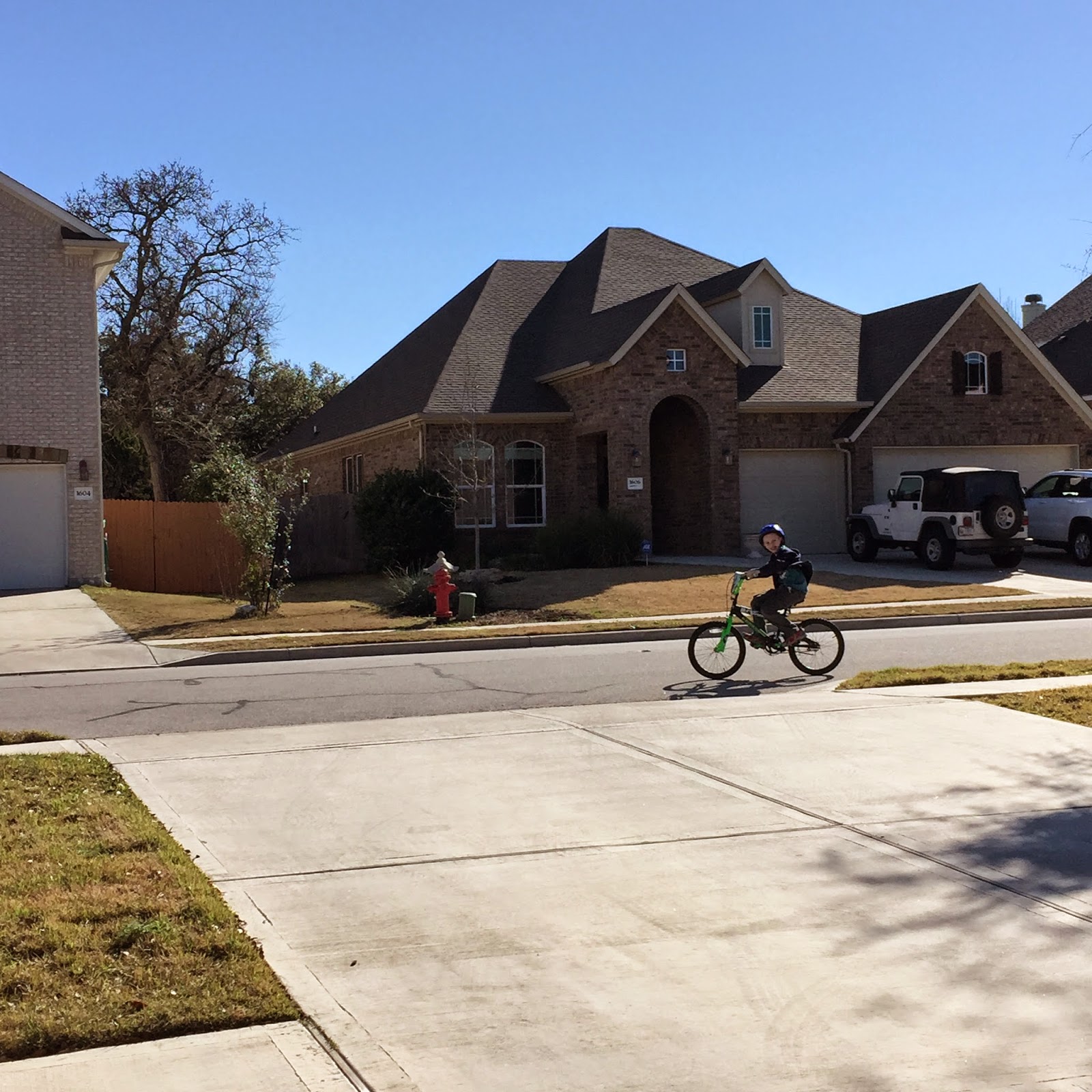 Uh-oh, now Daddy is talking about getting motorcross bikes for some adventurous family fun. It will definitely be a while before we are ready for that.

Boogs' class had a Valentine's party last week. The mom in charge of the party, set up Minute To Win It type games for the kids to do. It was hilarious! 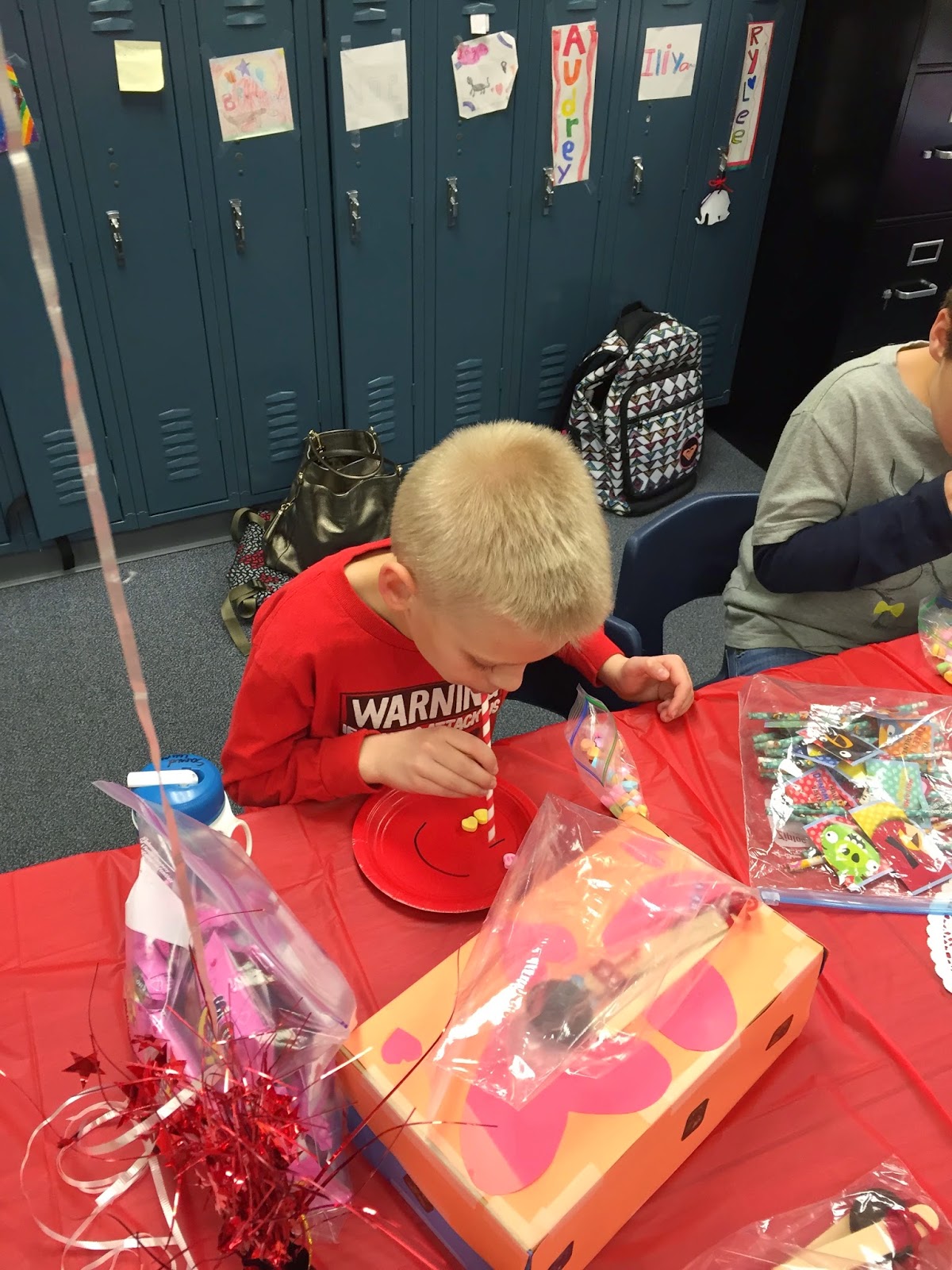 They had to move a candy heart onto a design by sucking the candy on the end of a straw. They had to stack and balance candy hearts on the end of a popsicle stick. 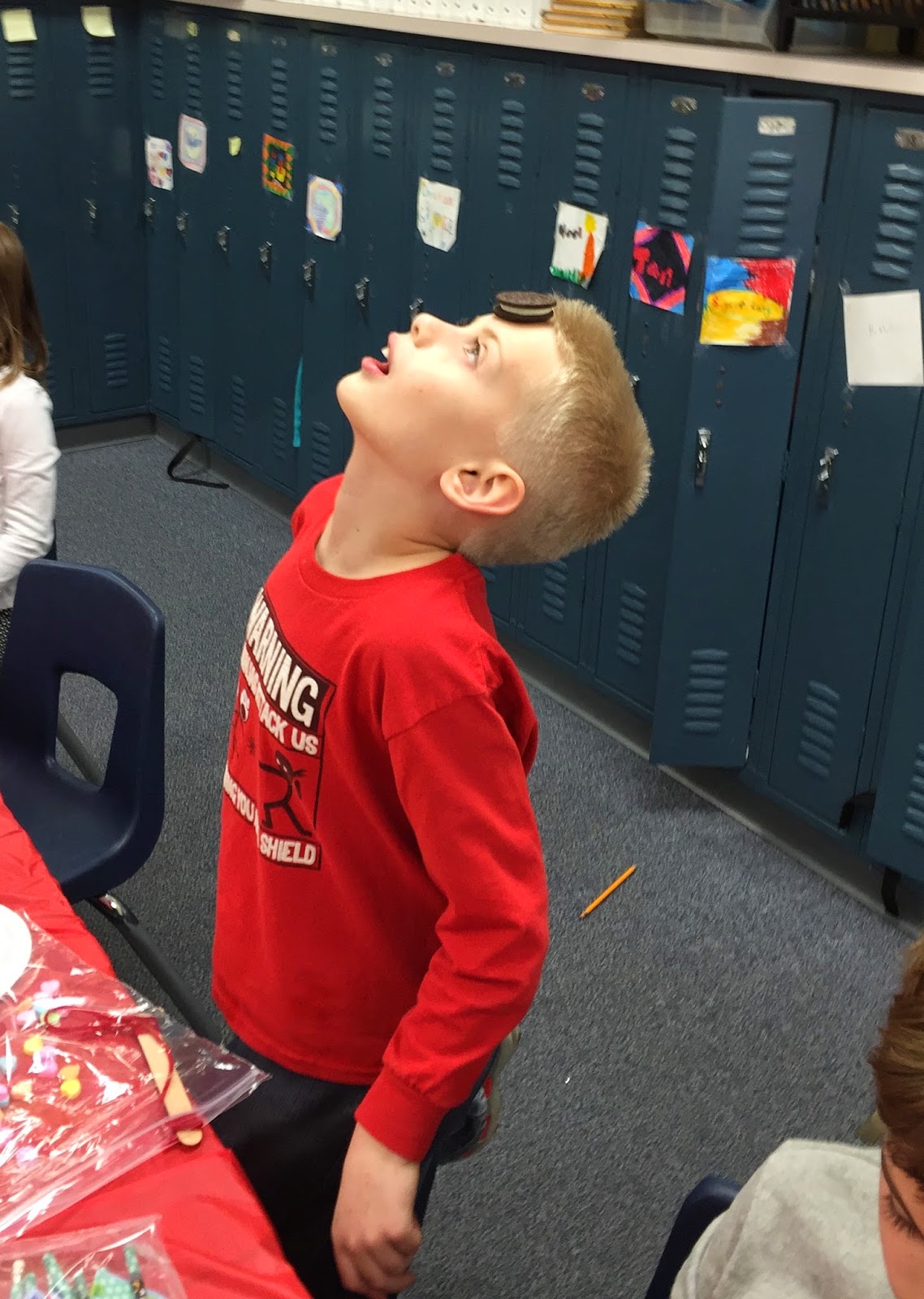 They had to move a cookie down their faces without using their hands. 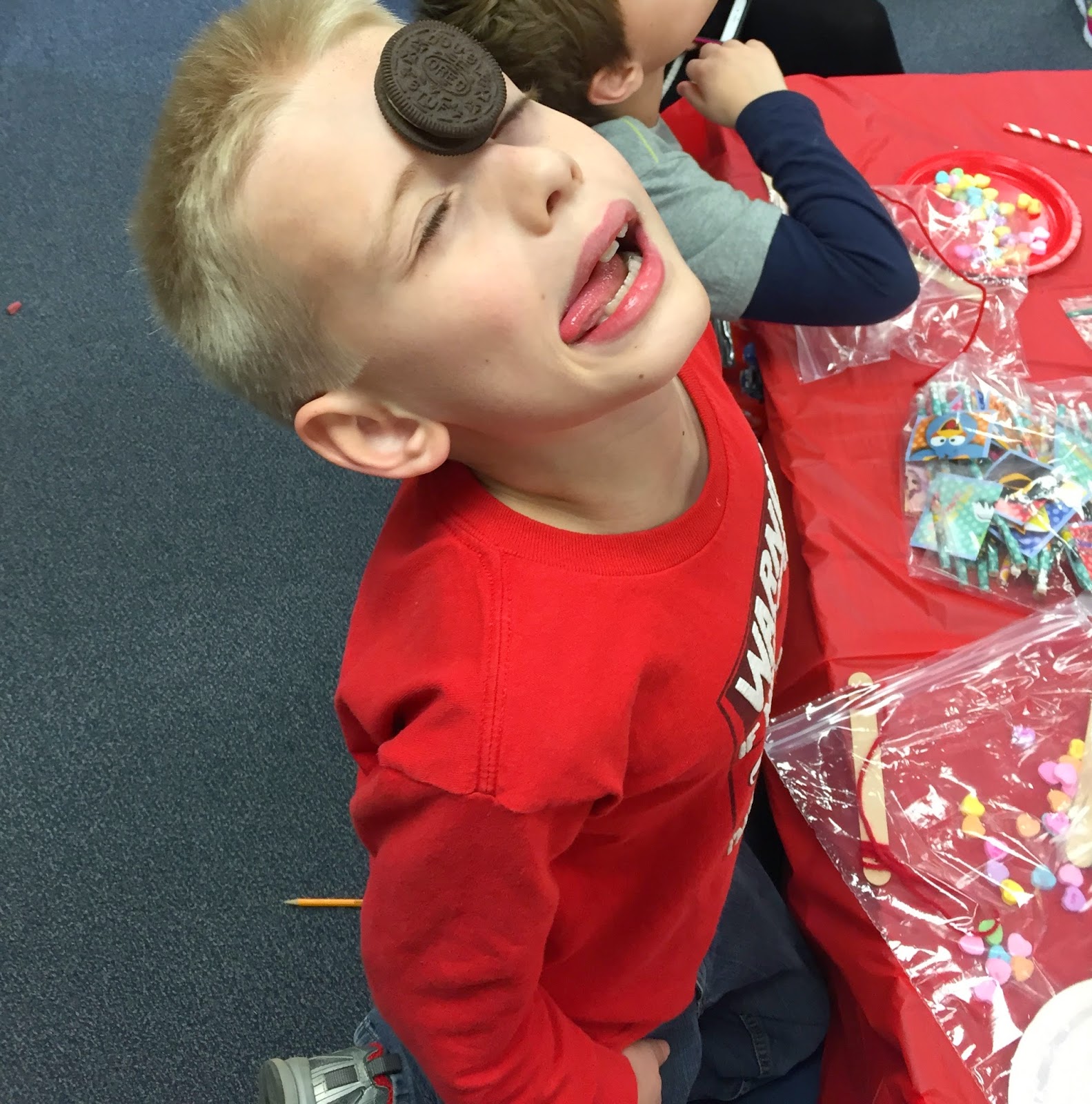 Boogs got the cookie all the way down to the side of his mouth before it fell on the floor. It was a fun party. 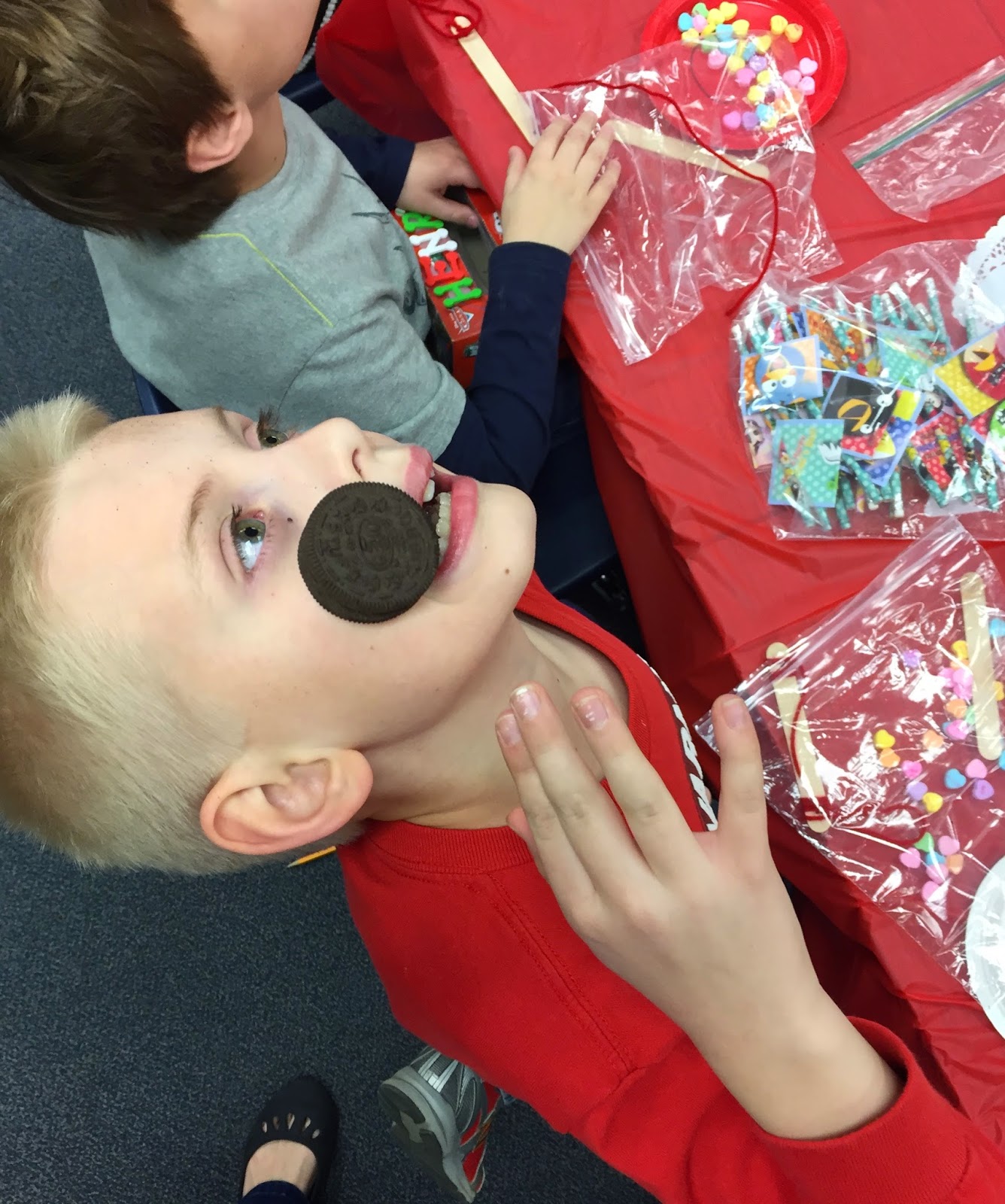 At home, Boogs and I spent some time playing with his Keva wooden planks. 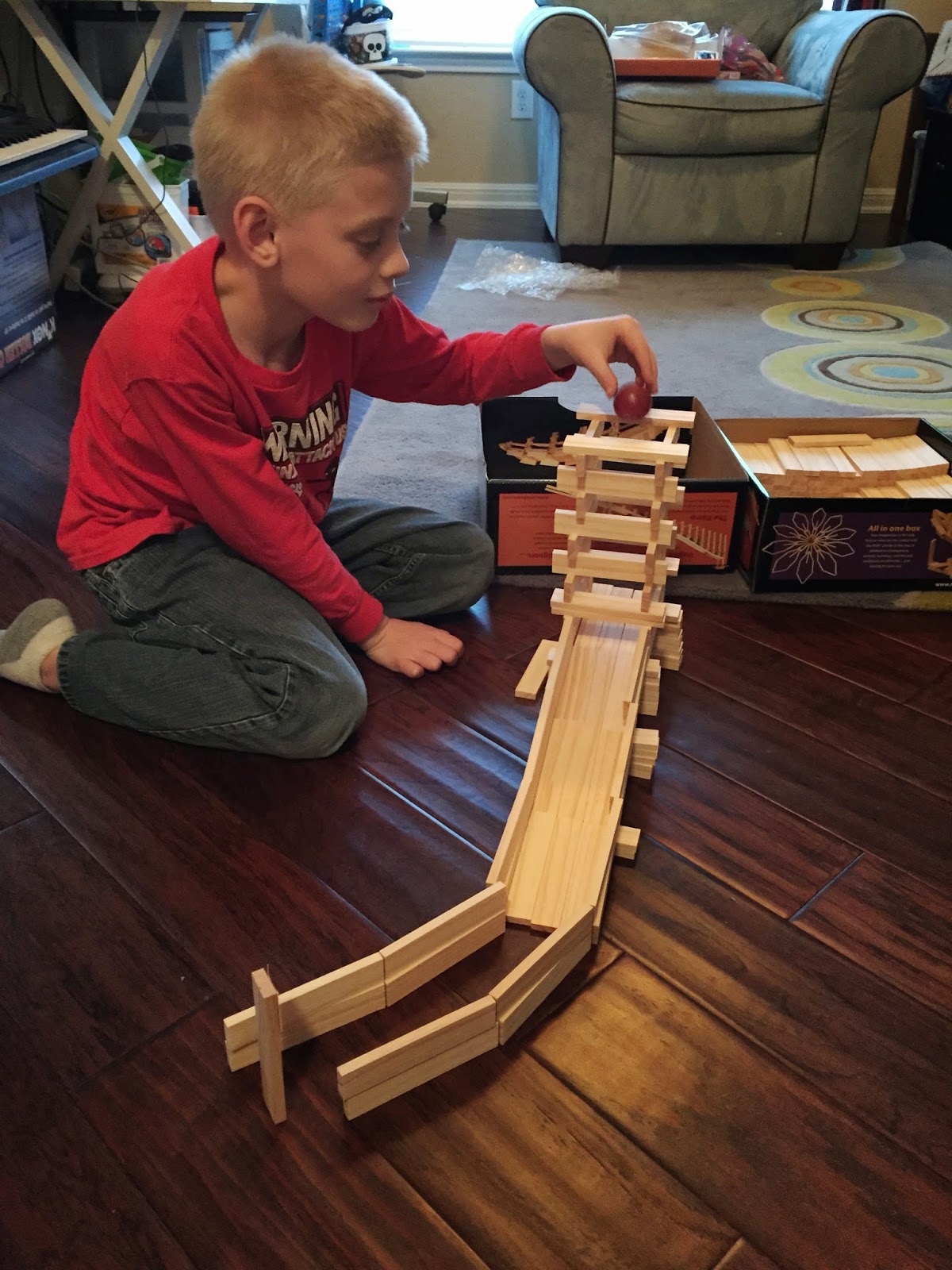 We also had fun stacking up cups. I kept taking Boogs' things and trapping them in a fortress of cups. He had to remove the objects without destroying the cups. Then, he decided to build his own fortress. He asked me what I prized the most so he could trap it in the cups. I said that I prized him the most. So, he trapped himself in the cups. 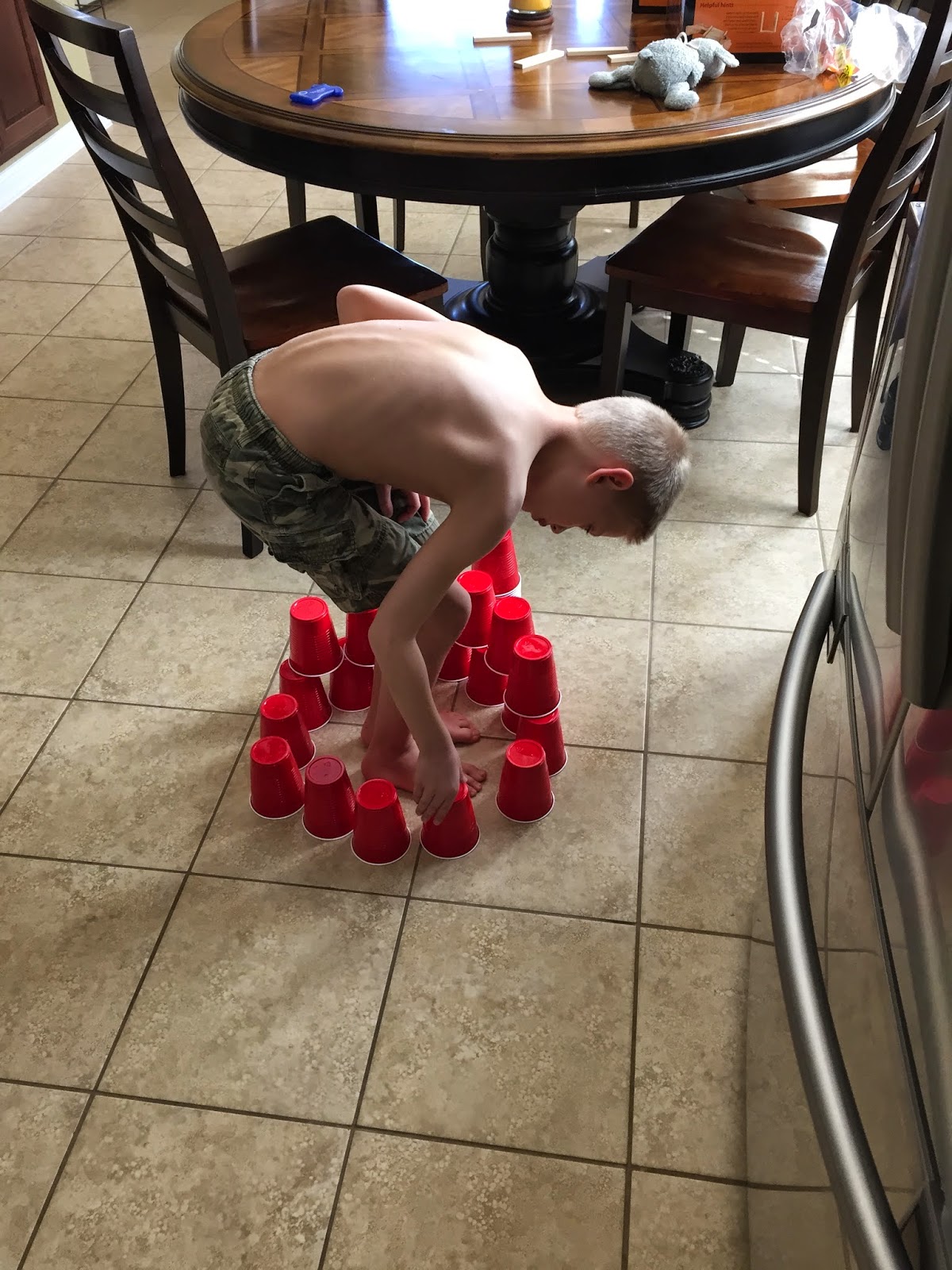 Boogs stacked four layers before the cup fortress started to fall down. 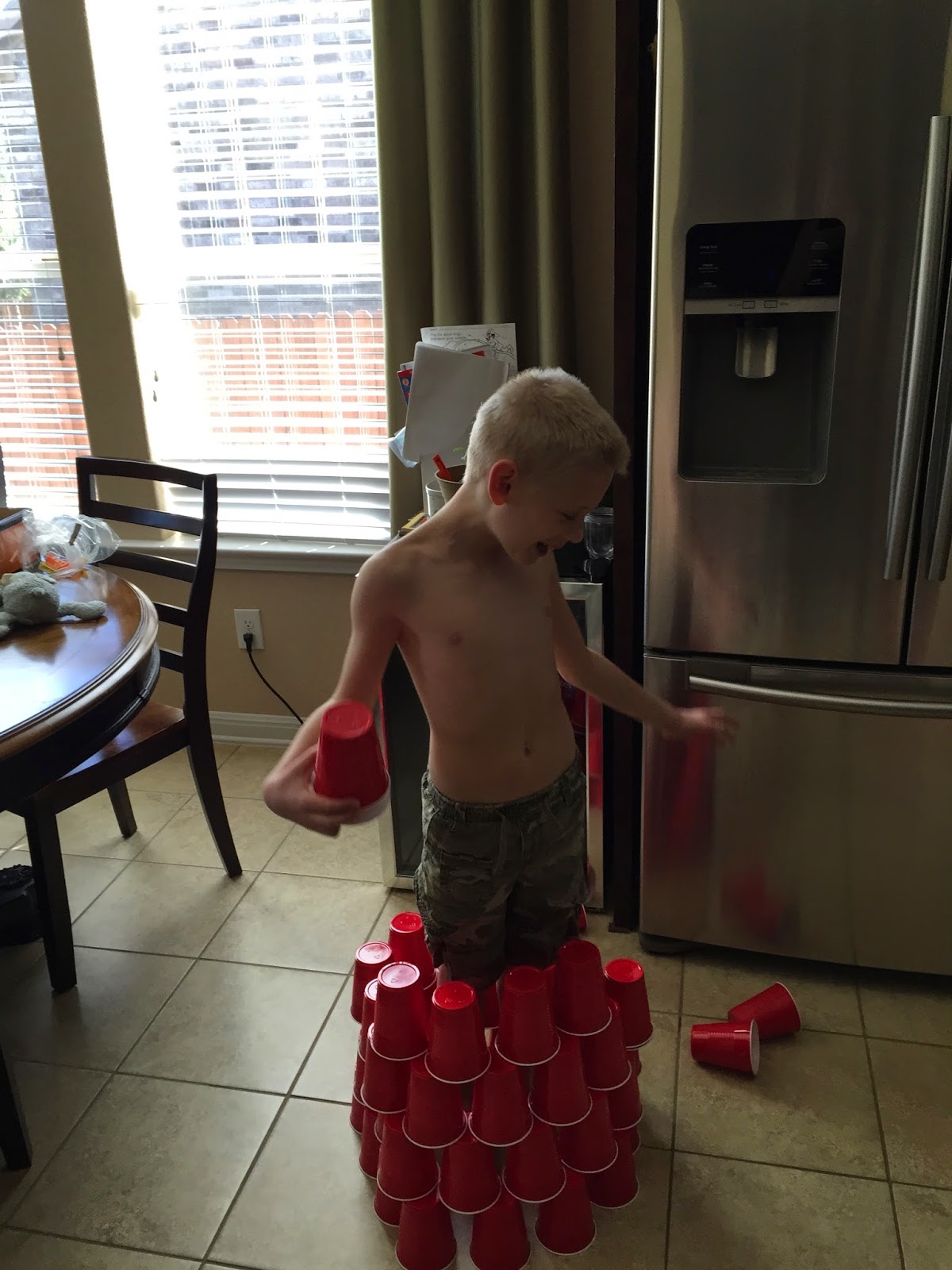 I love spending time with this goofy little boy.