It has been almost two months since I last posted. I am just catching up a bit. Over the Christmas holidays, we went to Canada. Boogs was a little disappointed by the lack of snow. We went sledding the second day we were there. Shortly after that, it started raining and melting all of the snow. At least we had our sledding day.

Boogs and Daddy had a good snowball fight. 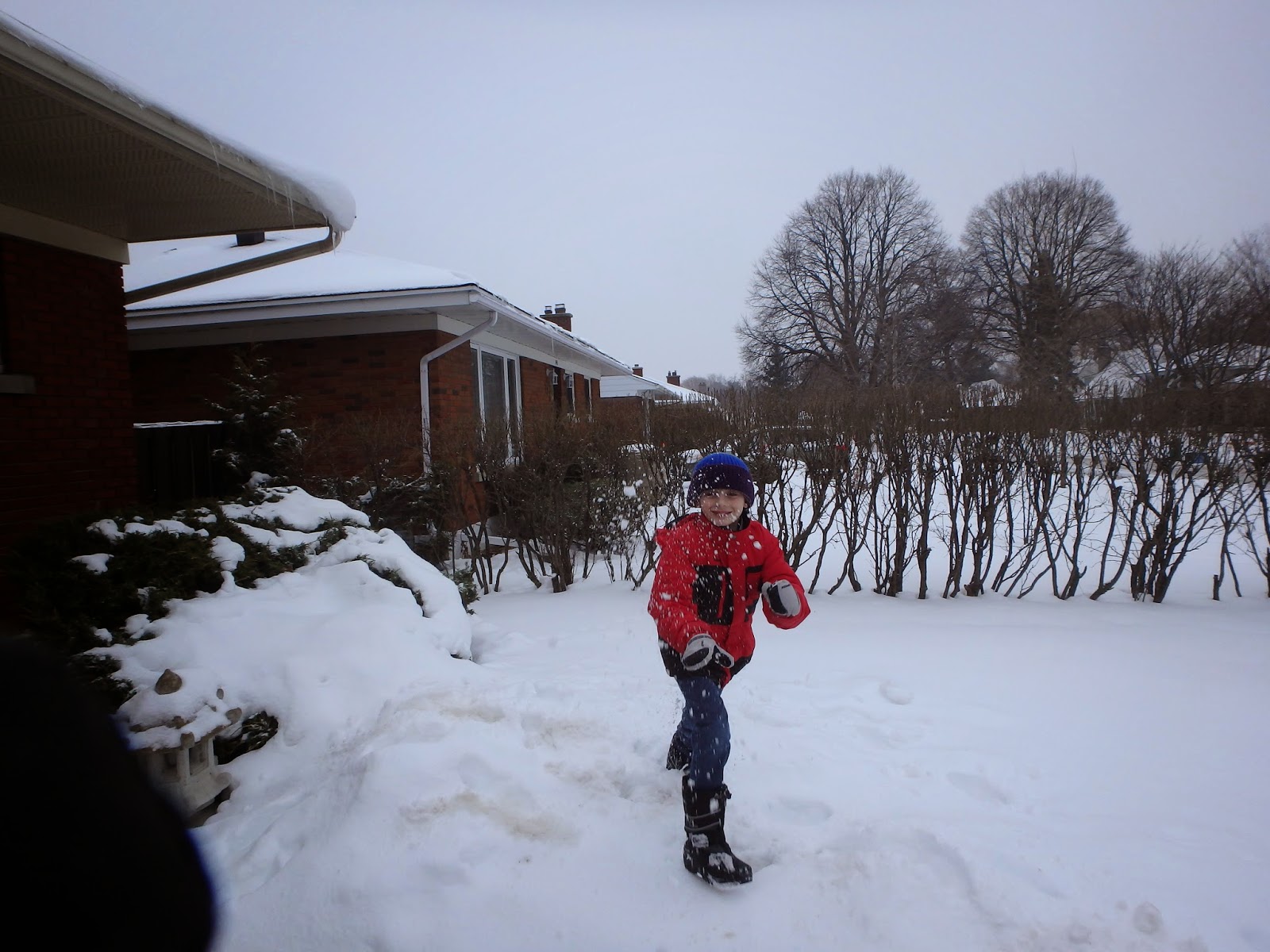 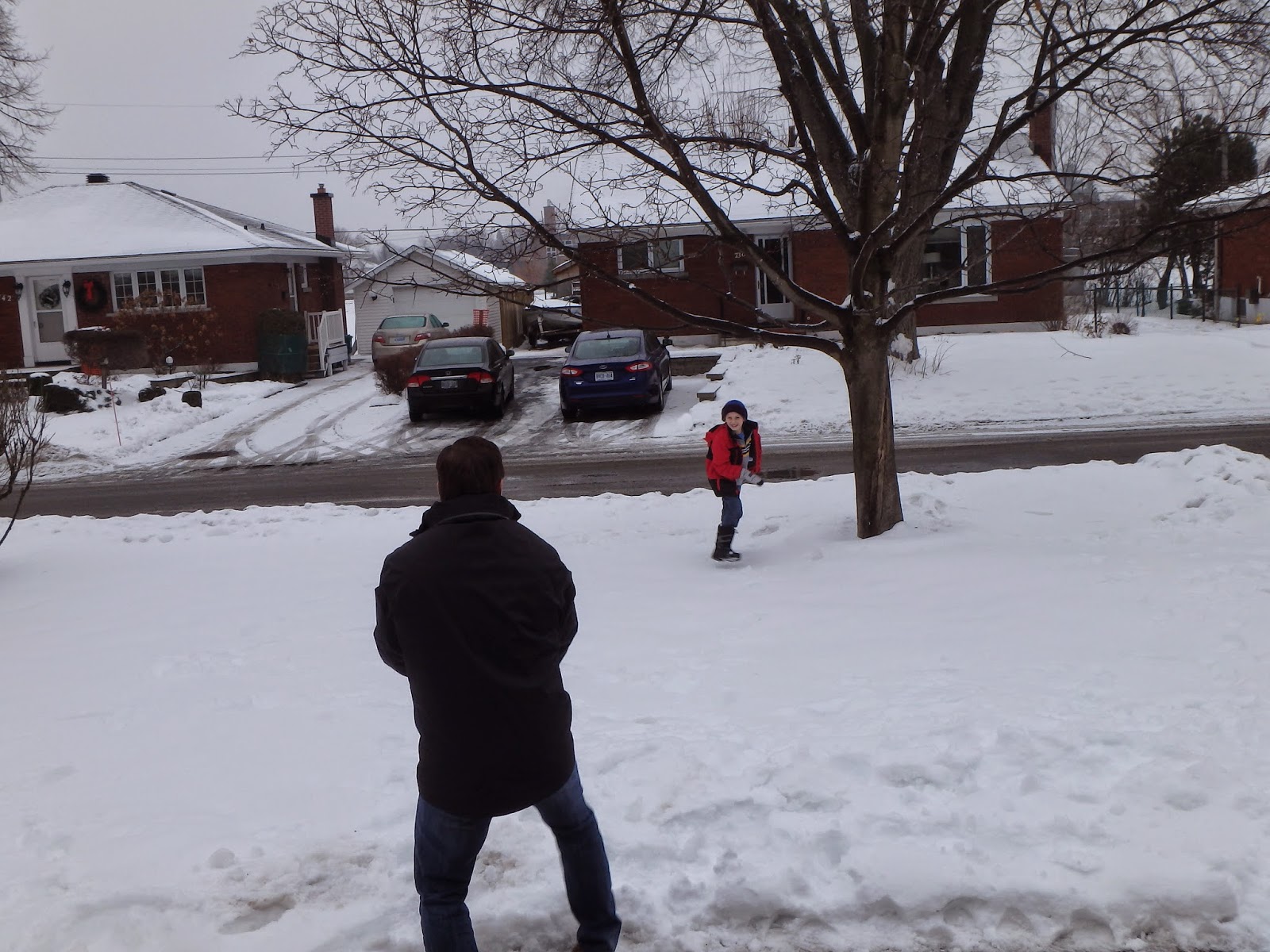 We went sledding at Mooney's Bay Park. There was not a lot of snow on the hill, but there was plenty of ice. It made sliding down fast and trying to get back up the hill difficult. 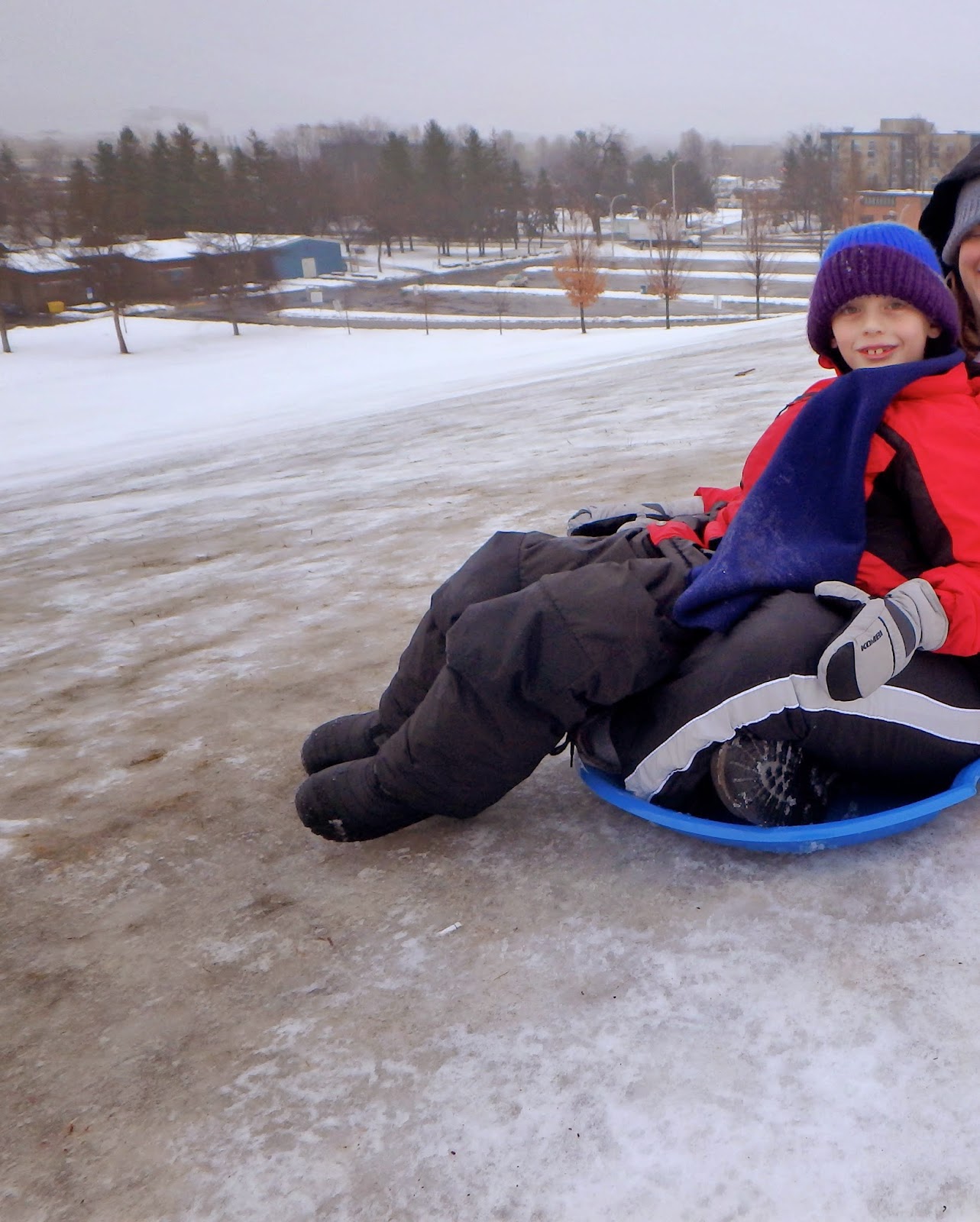 Boogs and I shared a sled down the little hill. 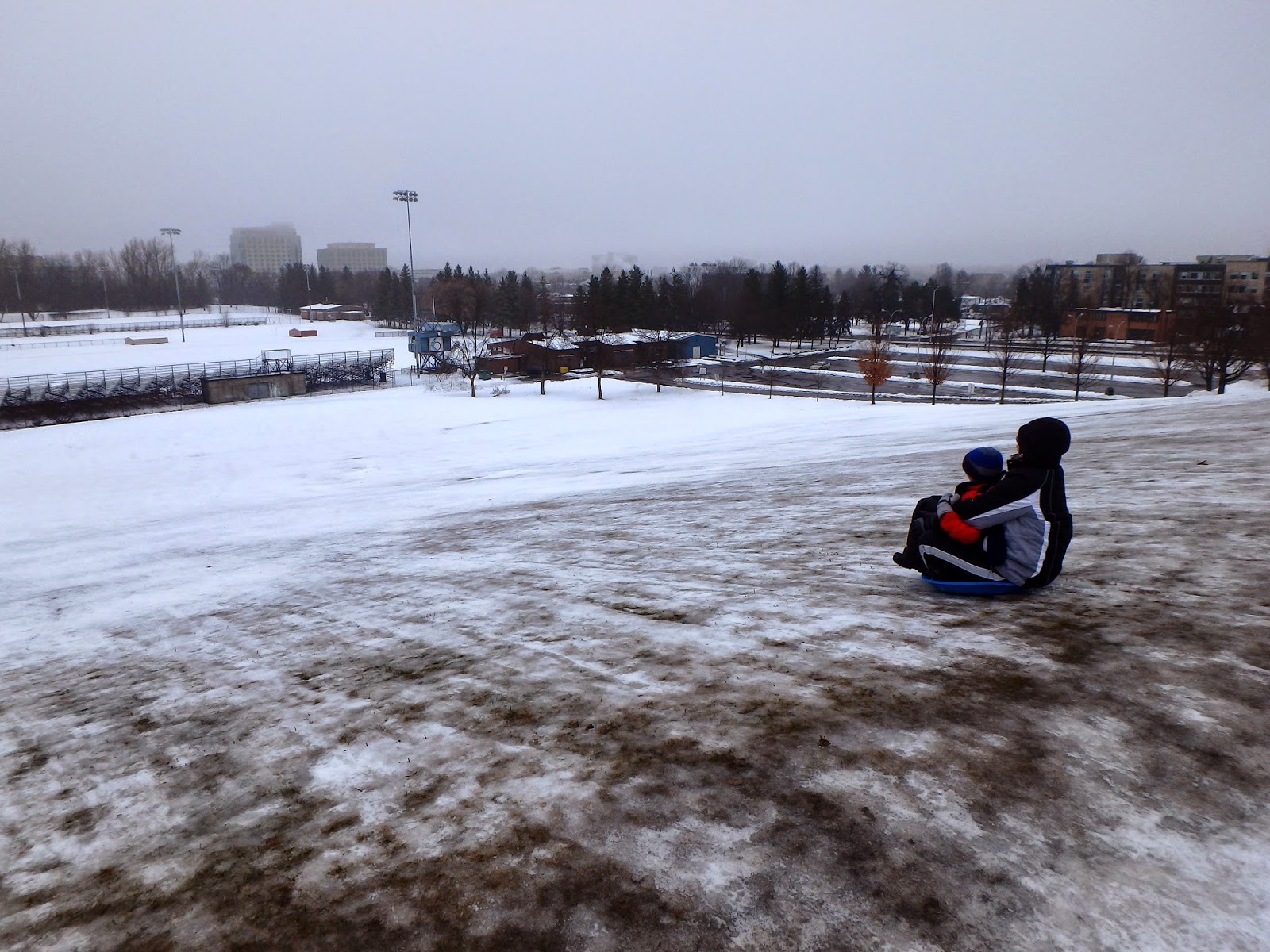 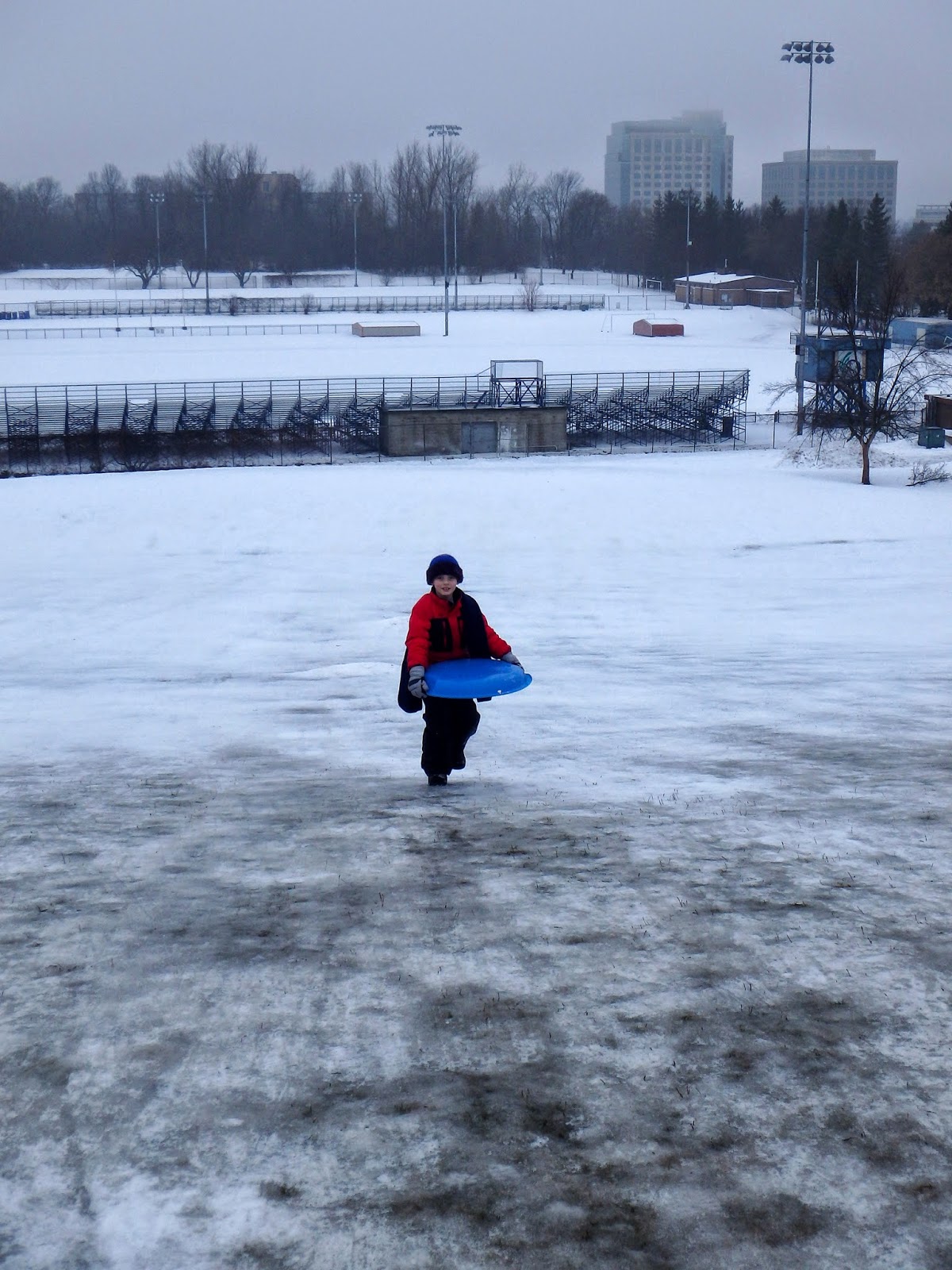 Boogs went down the big side of the hill on his own. 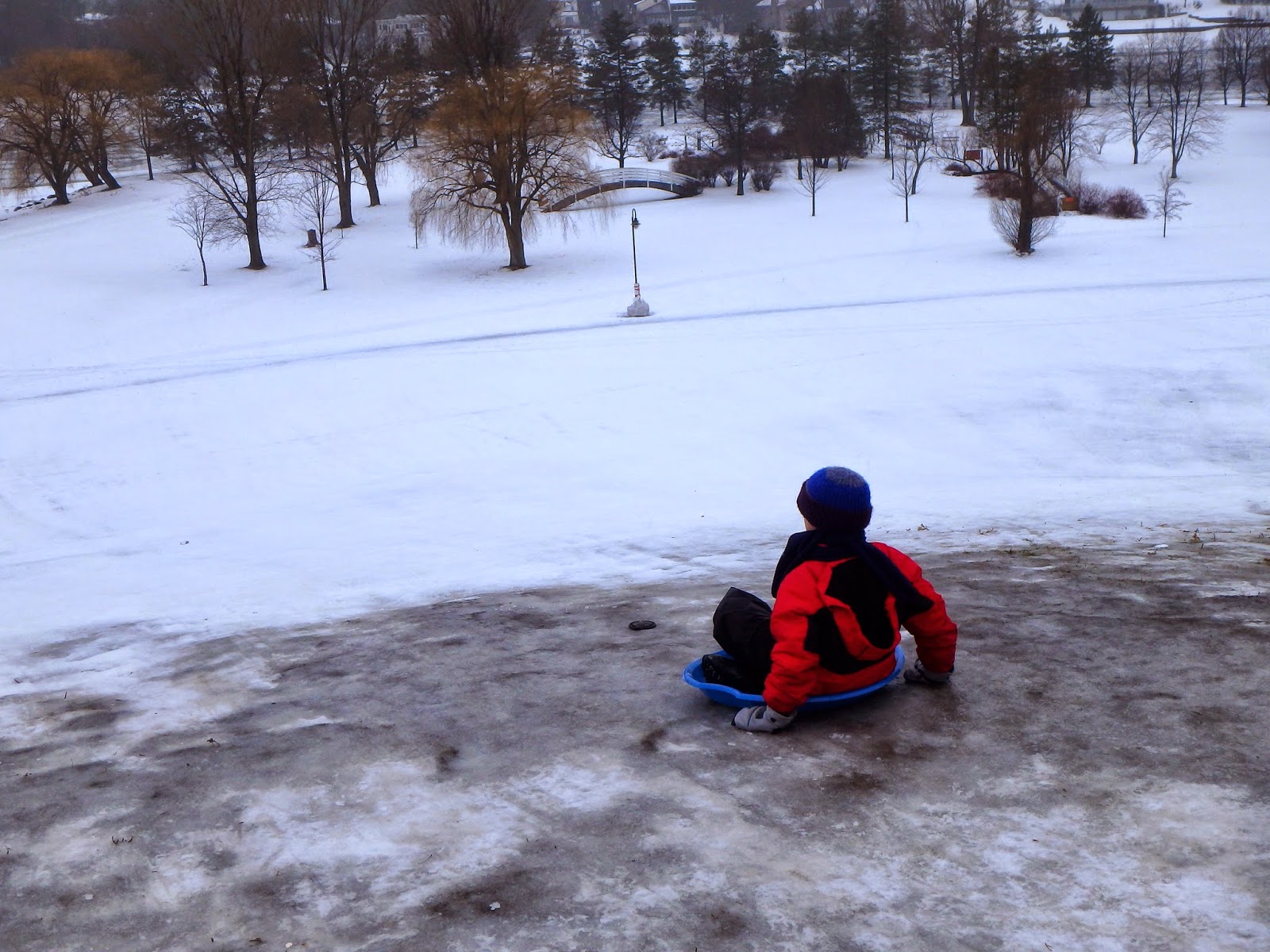 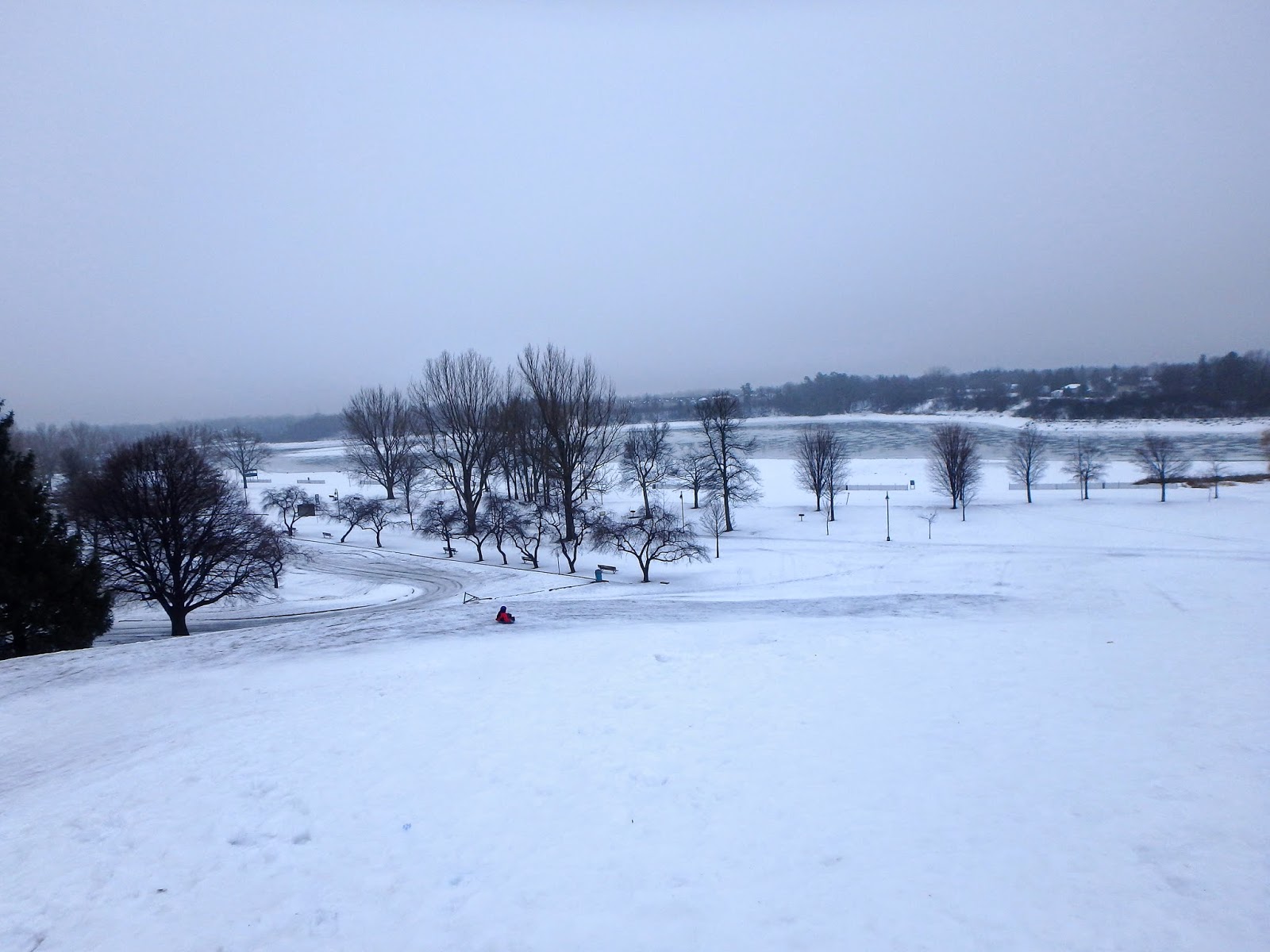 The snow was so pretty. 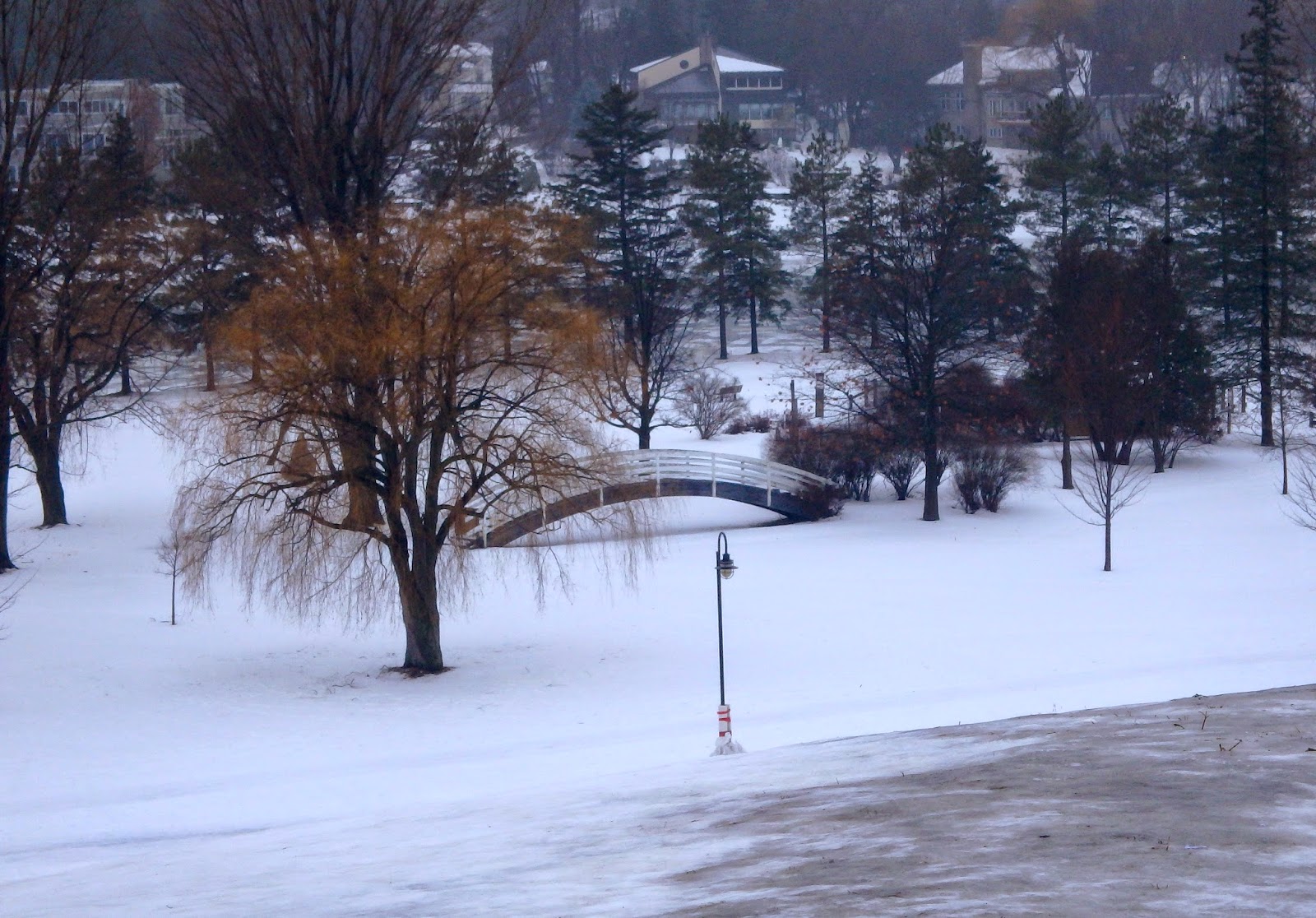 We found a half-broken sled and raced each other down the hill. 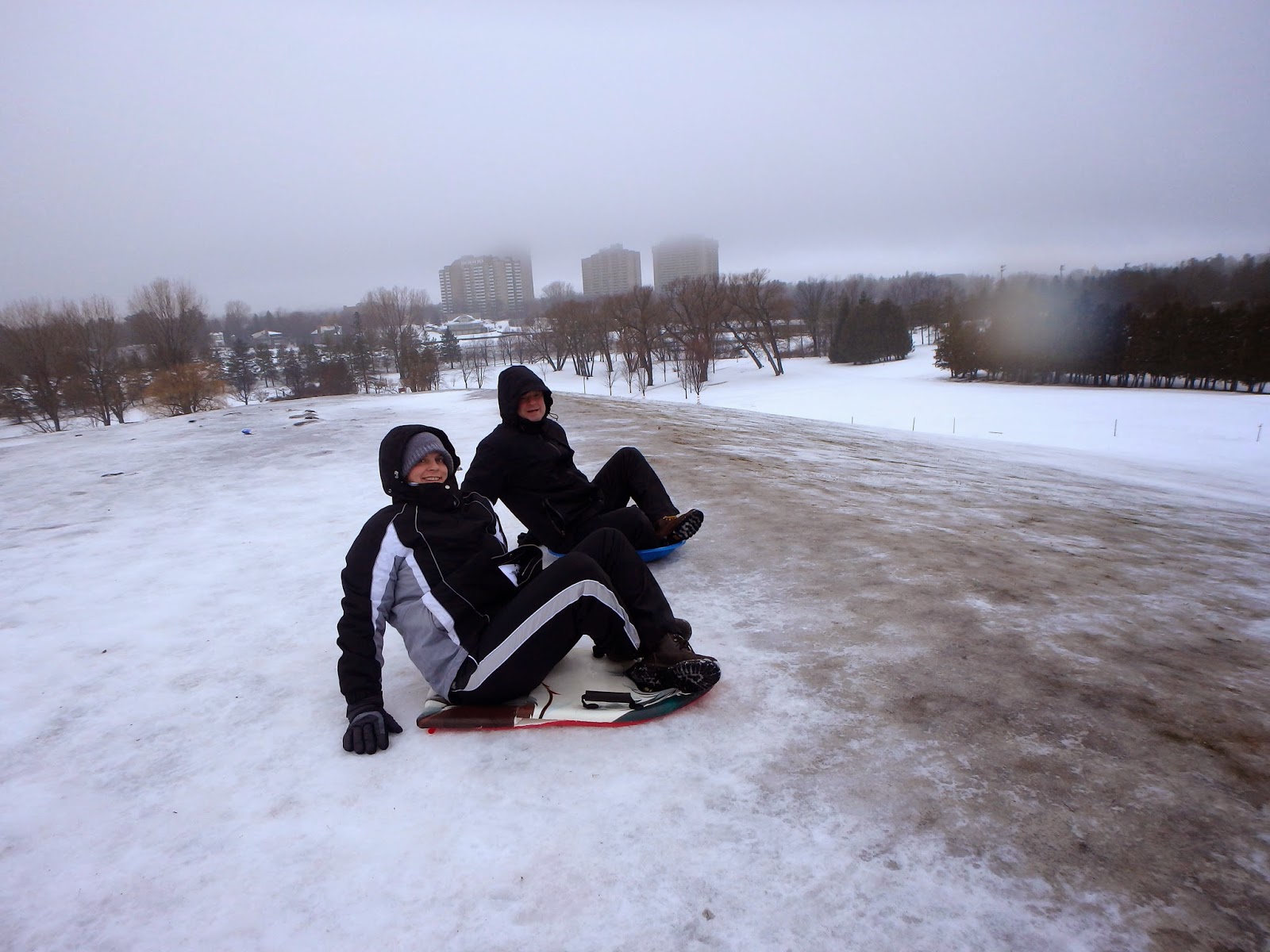 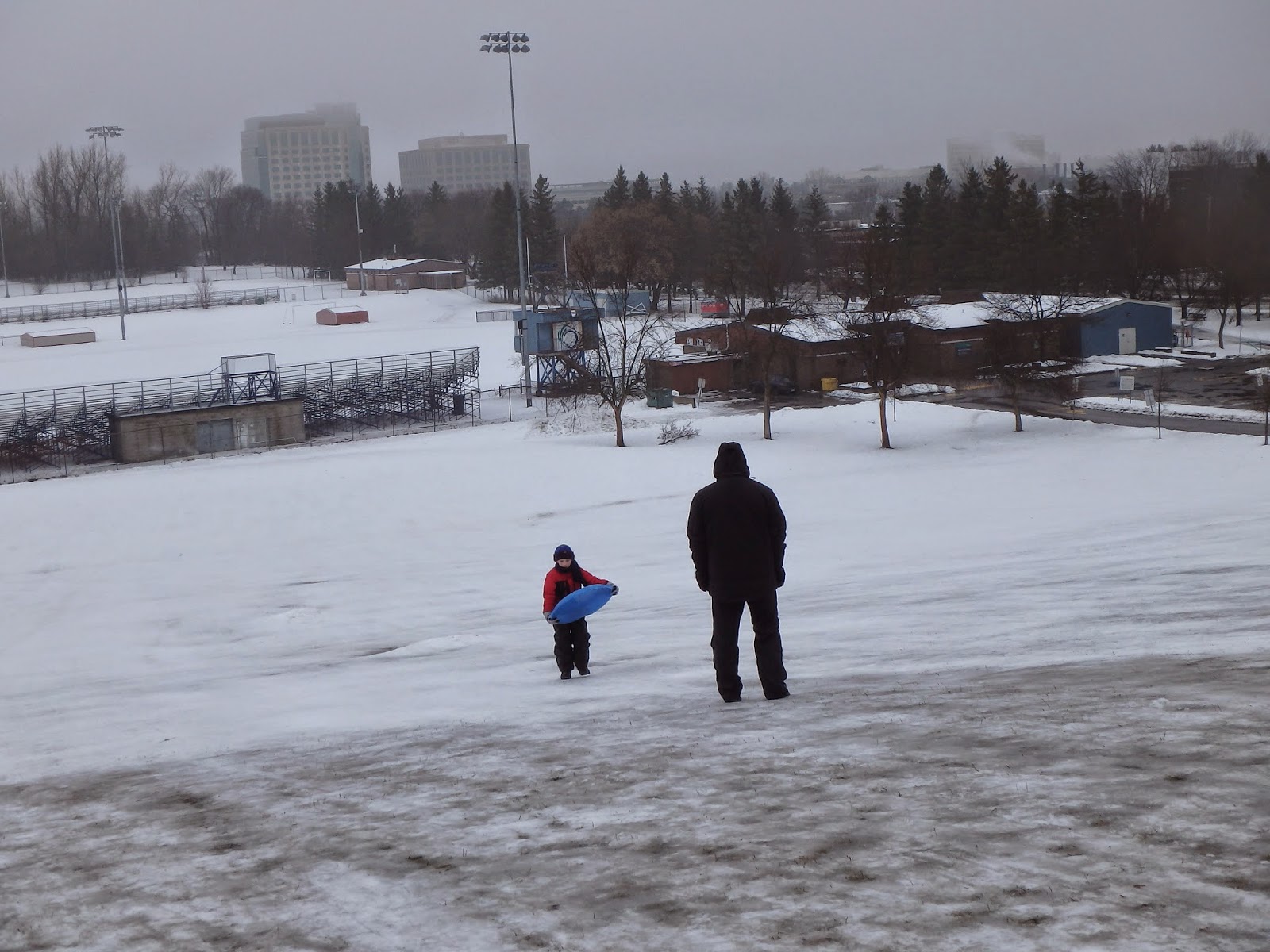 Daddy and Boogs had fun sliding down the steep side of the hill over and over again. 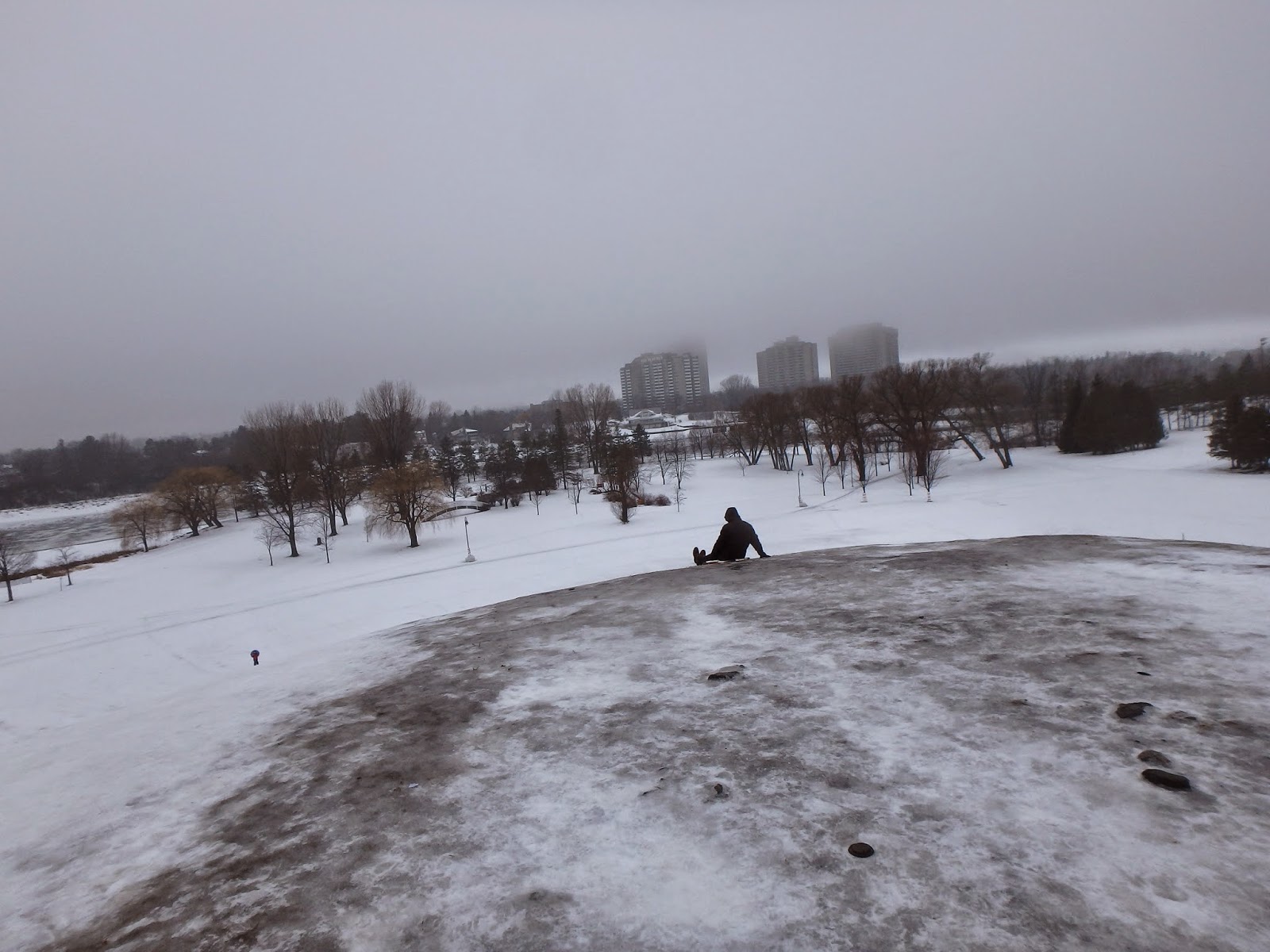 When we returned to the house, Grandpapa & Daddy helped Boogs build a snowman. They had to hurry because it started to rain. 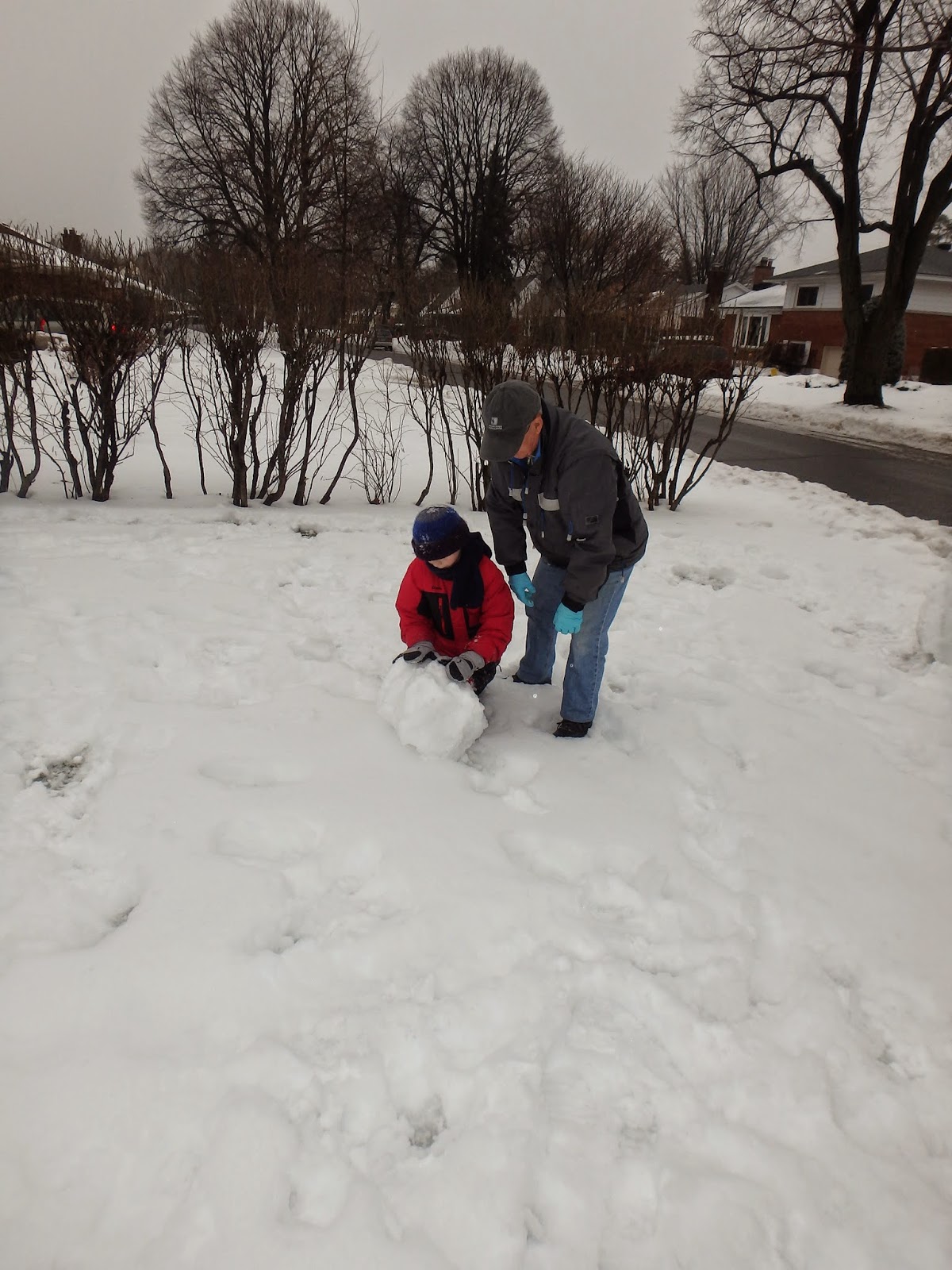 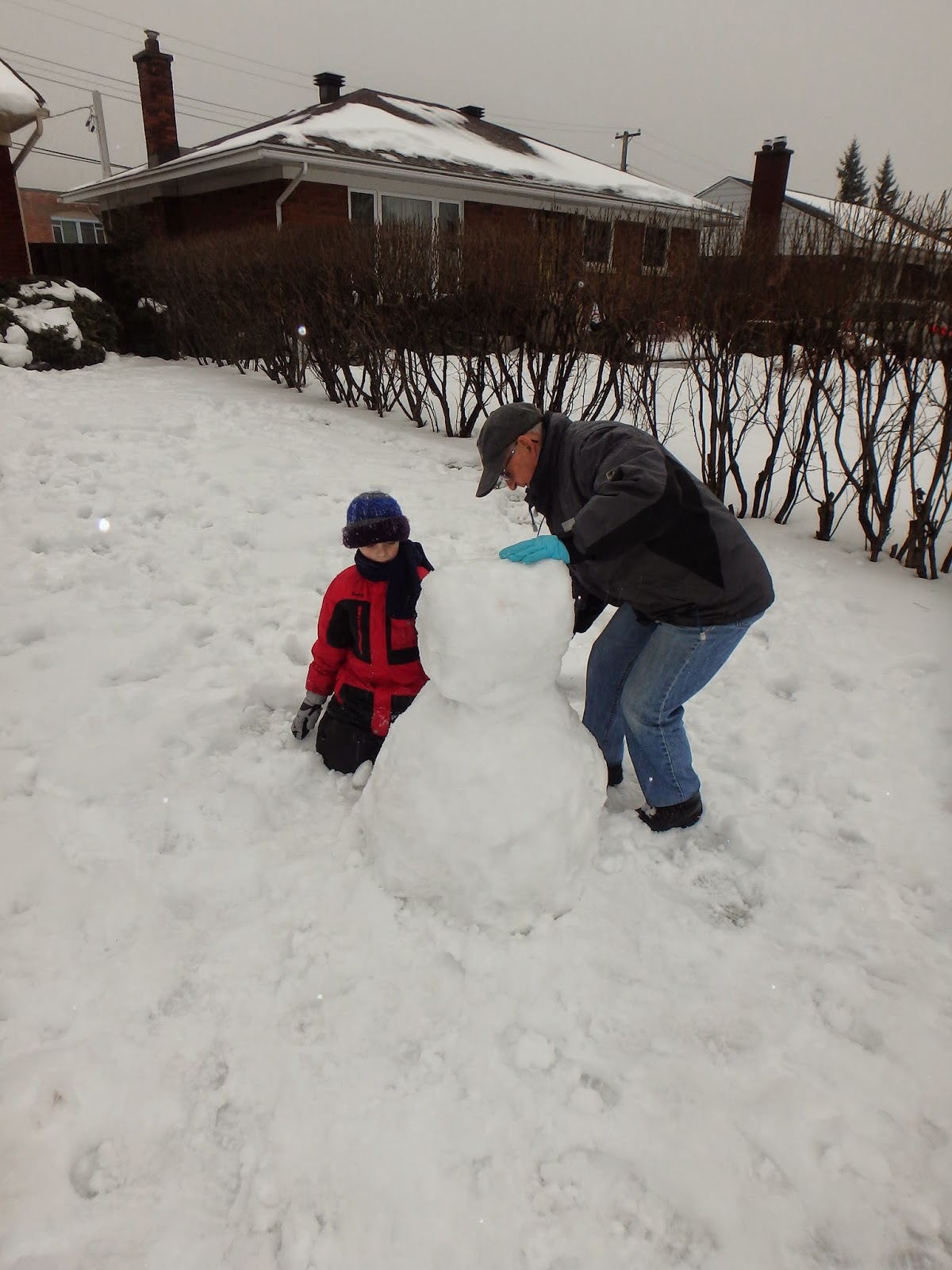 Boogs is putting the snowman's head on while Grandpapa looks for the perfect arm stick. 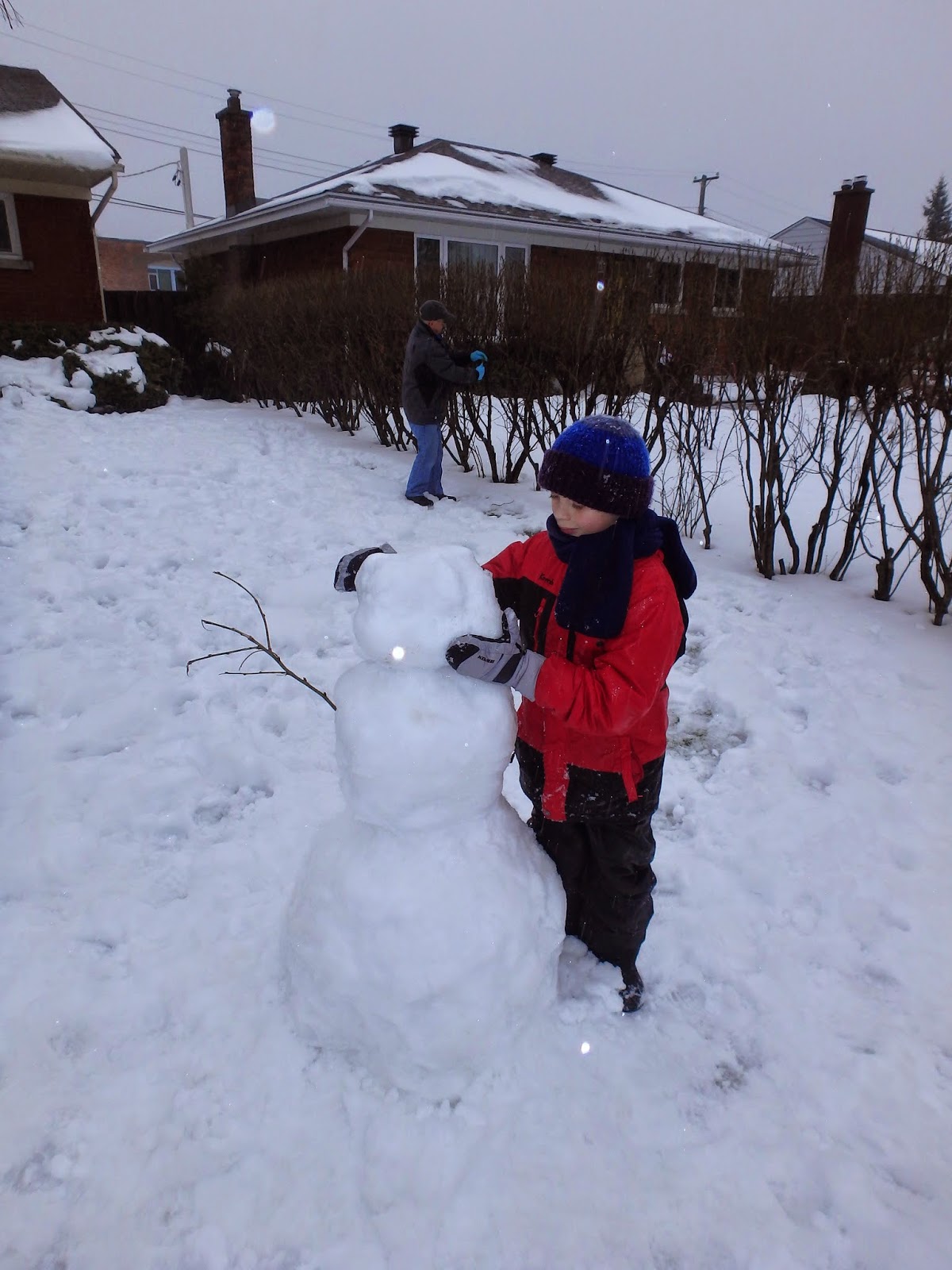 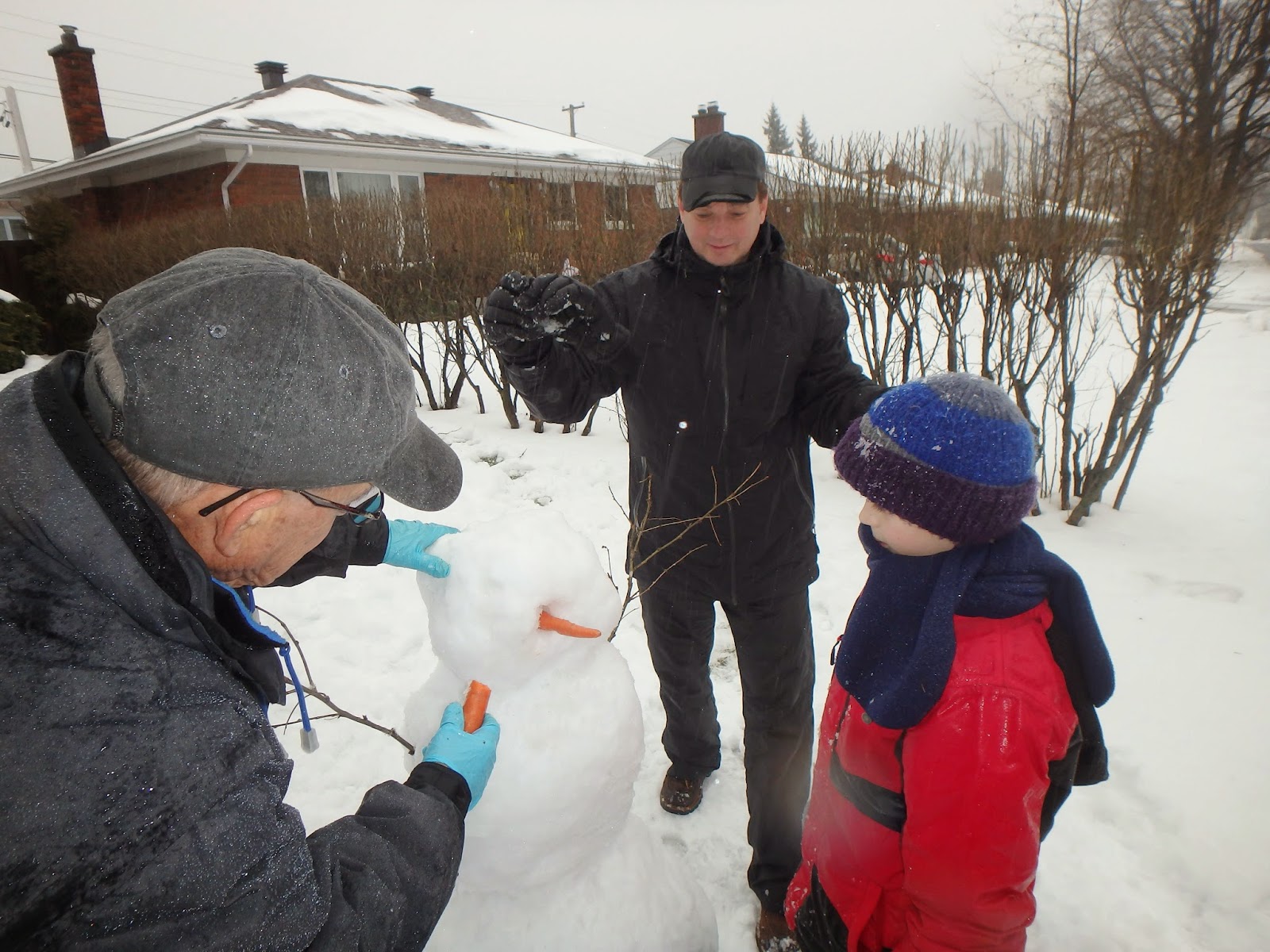 The snowman turned out great. 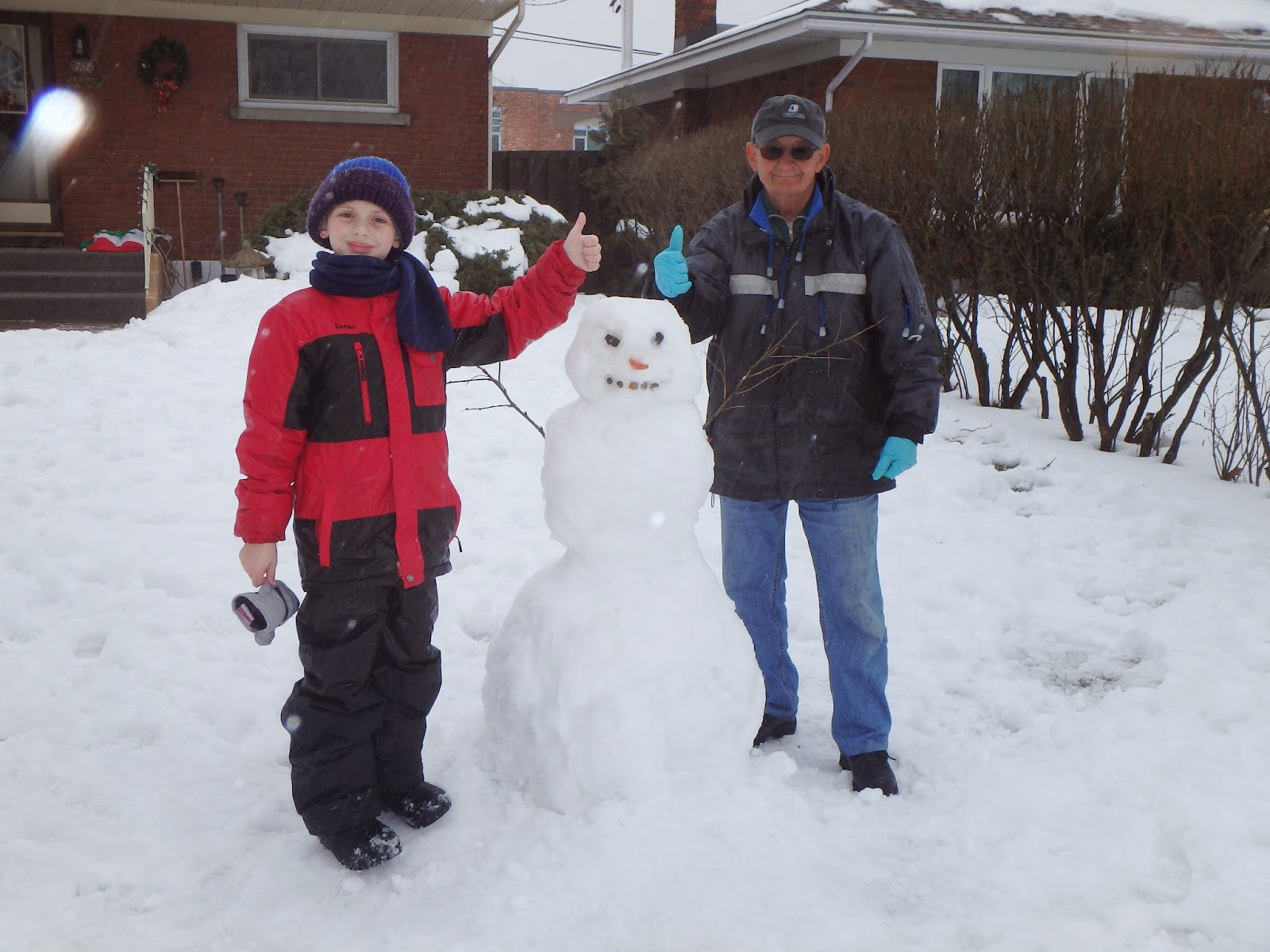 The rain really took care of the snowman. Two days later it looked like this. 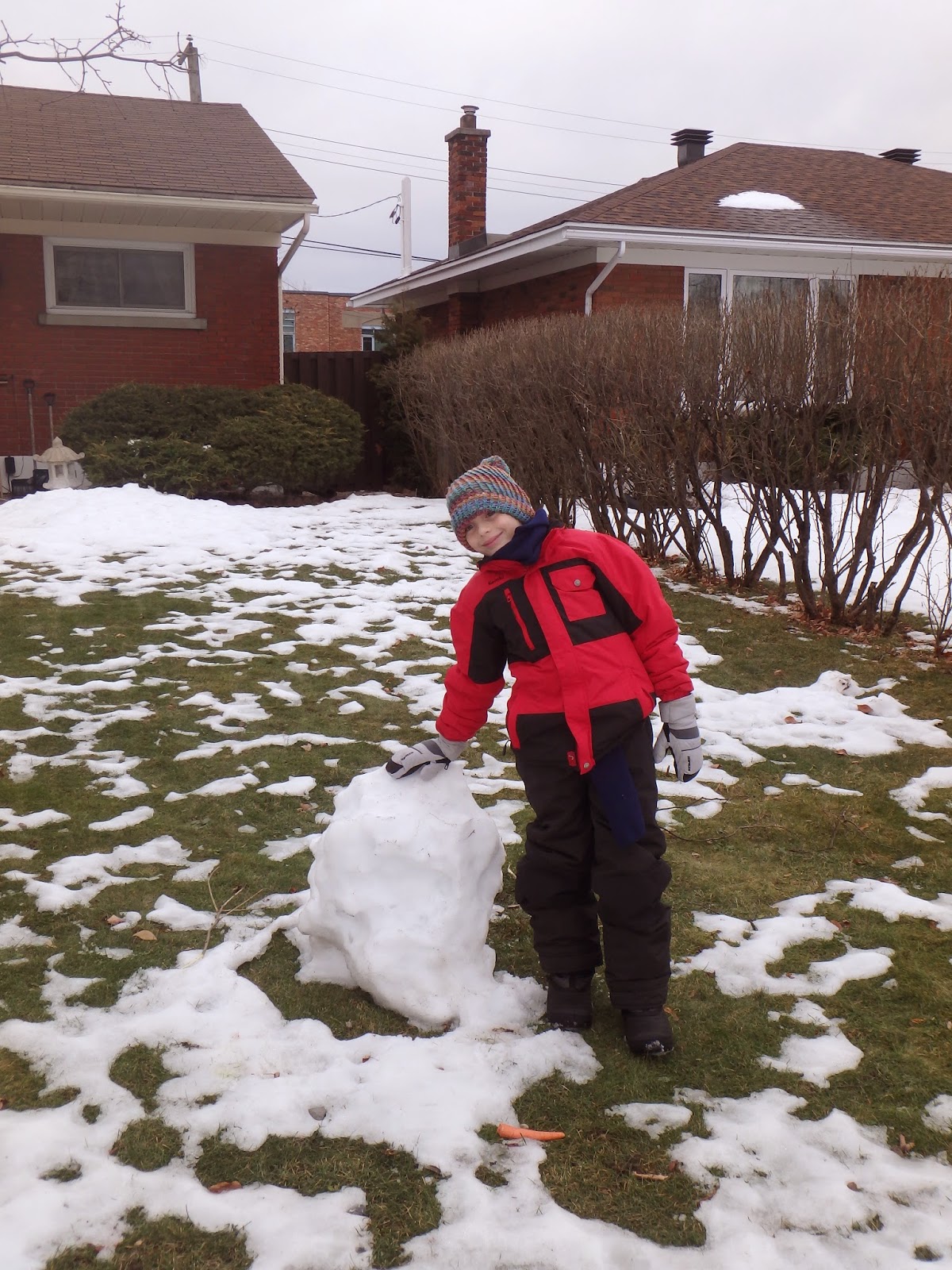 By the end of the week, the snow man was just a blob of ice. 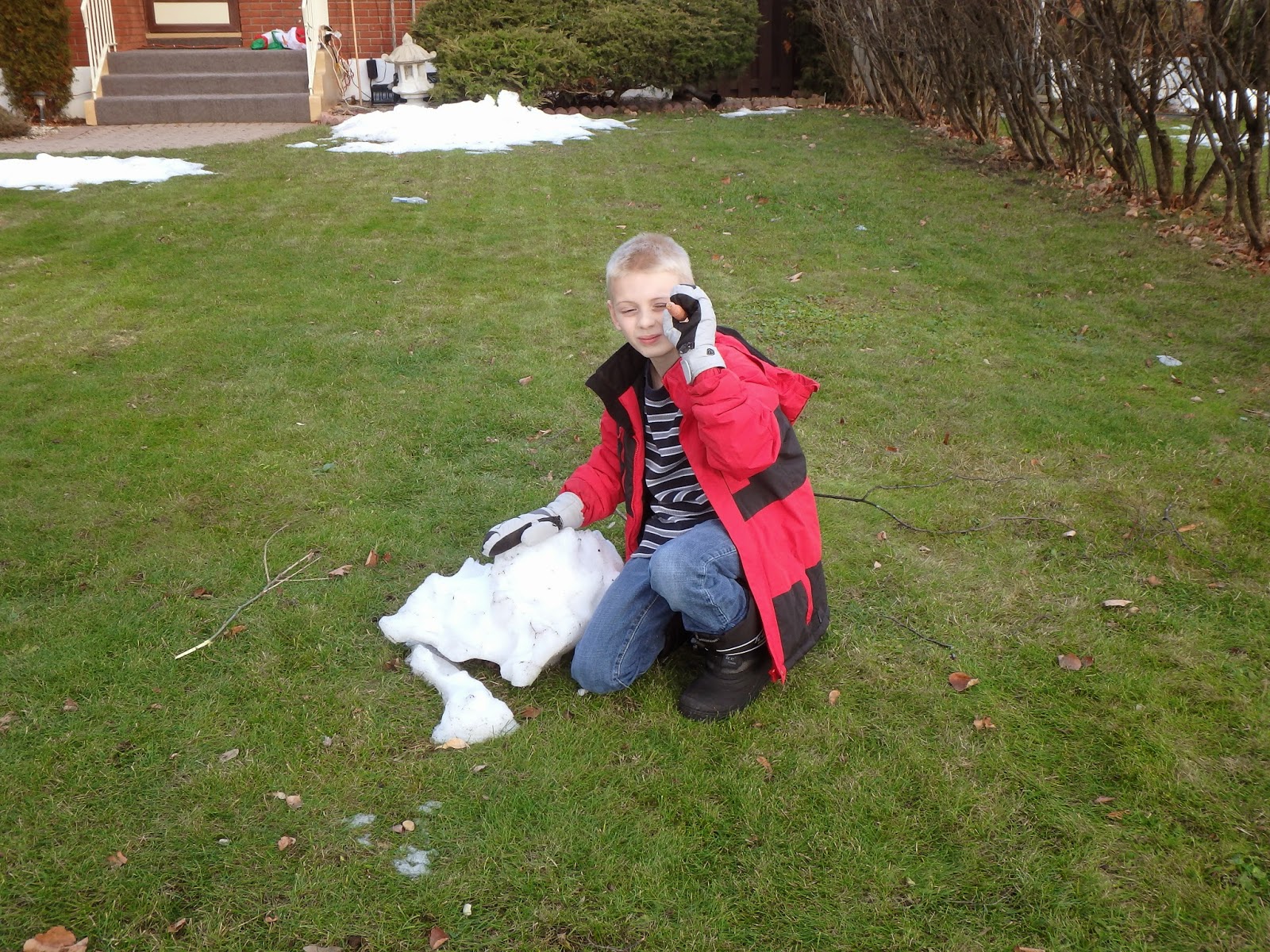 It was amazing that the grass was so green in December.