I always wake up early. So I went down to the beach and claimed a hammock for an hour or so before I went to wake up the boys. If I had a hammock and an ocean view at home, I would never get anything done. 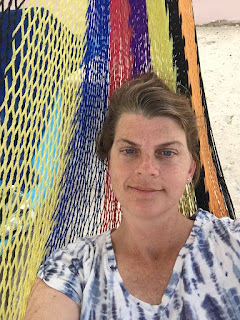 This was one of my favorite days of our vacation. We arranged to have a rental car delivered to our hotel. Unfortunately, there was some sort of mix-up. Luckily, someone was delivering a car to another hotel guest. We flagged him down, drove with him downtown to the car rental place and started our day about an hour later than we had planned.

We had wristbands for Punta Sur/Echo Beach Park. We drove halfway around the island of Cozumel to get there. It was a beautiful place. There were several lookout points where you could look for saltwater crocodiles, a short boat tour of the area, several different beaches, snorkeling areas, hammocks, chairs, snack shacks, cafes, walking trails, and a lighthouse. The beaches were amazing. The water was crystal clear. This was our most relaxing day in Cozumel. 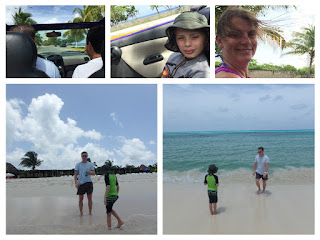 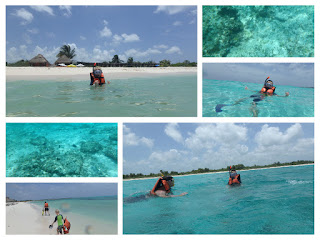 We completely lost track of time while we were in the water. We thought about trying to make the boat tour but the hammocks were calling to us. It was such a peaceful beach. We hated to leave it but by 2:30 we were hungry for lunch. 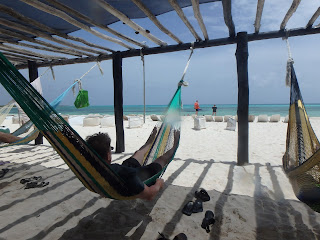 We ended up going to Papito's Beach Club Restaurant Bar for lunch. Our waiter was hilarious. We had a great time and enjoyed the food. When my husband and I went on our first trip together fifteen years ago, we went to Hawaii. He desperately wanted to have a drink out of a coconut. We asked everywhere we went on the islands for a drink in a coconut until a waitress told us that they kind of stopped doing that in the 1970s. My husband's dreams of having a drink in a coconut were crushed. I don't remember how the subject came up, but our waiter said he could make that happen. After the drink was finished, the waiter chopped the coconut in half and gave us spoons to dig out the coconut meat. Boogs had his very first Coke at Papito's. The waiter thought it was crazy that we had never given Boogs Coke or Pepsi. 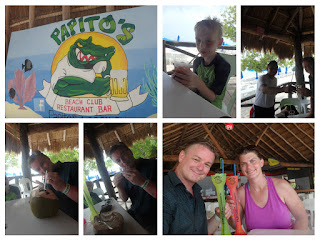 Echo Beach Park closes at 4:30. I was sad to leave. We stopped at the sign on the way out to pose for a picture. When Boogs and I sat on the rope, it broke off of the pole and fell to the ground. 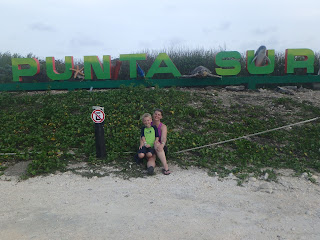 I put this picture here to give Boogs a good laugh. 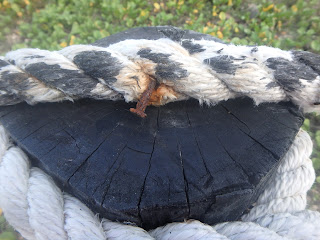 We drove around the island a bit more for sightseeing before we had to turn in the rental car at 6 p.m. 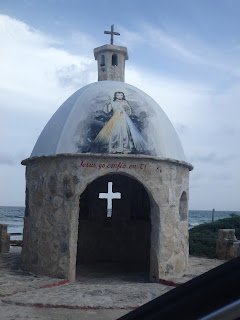 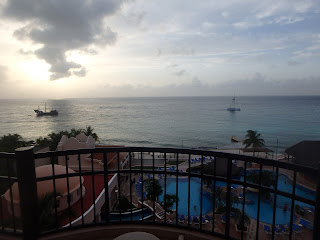 It was a wonderful day. We returned to the resort, had dinner, and were in bed by nine.