iFly for Boogs and Daddy

A couple of weeks ago, I went skydiving. I had so much fun and really want to do it again. Boogs said he does not EVER want to jump out of a plane but thought my skydive video looked pretty cool. Last year, iFly opened in Austin. It is an indoor skydiving facility where you can experience free fall without jumping out of a plane. I gave Daddy a gift card to iFly for his birthday last April, after my skydive he became more interested in going to iFly. Kids can fly too, so Boogs joined him.

(The lighting on the "flight deck" was not very good, so my pictures did not turn out very well. But, Grandmaman, I still thought you would like to see them.)


After classroom instruction time, my boys had to get suited up for their flight. 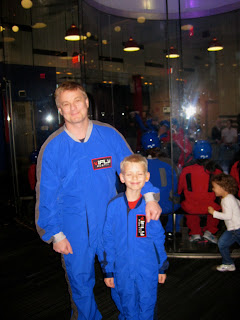 Boogs showing how to position his body during flight. 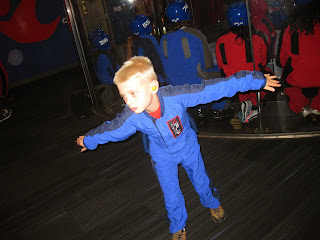 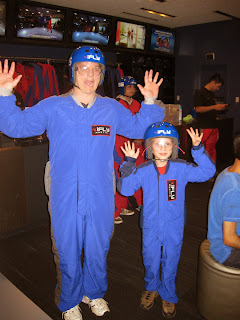 Boogs was looking a bit nervous before his flight. 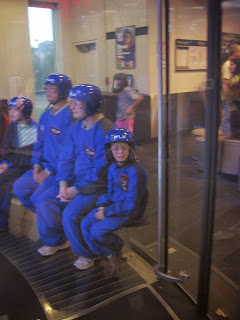 Boogs did great! He said it was cool and he really had fun. Later he mentioned that iFly has a kids club. 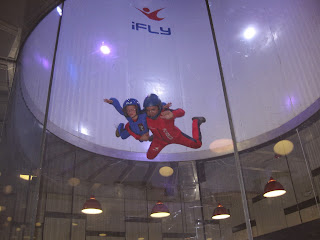 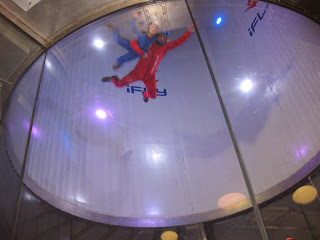 Daddy had fun, too. 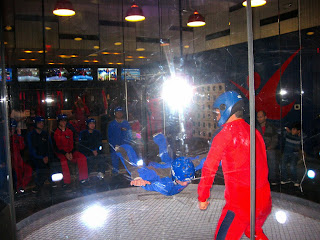 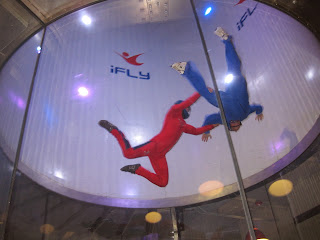 Here are their videos:


They both had a great time! They were all smiles after their flights. Check out those goggle lines! 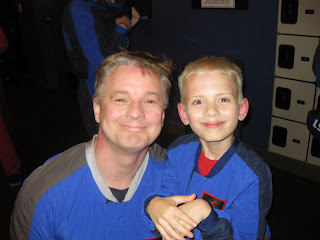 My husband has gone skydiving and he said iFly was fun. It was more like an amusement park ride than a real jumping-out-of-a-plane experience.
Posted by Keitha at 6:23 AM