Boogs' school had a fun dance this year. The theme was Hollywood Nights. There was dinner (pizza), dancing, karaoke, red carpet walk, a costume contest, and a movie in the library. Boogs really wanted to go, but could not decide what star to dress up as. When he was younger, people constantly told him he looked like Macaulay Culkin from the Home Alone movies. So, we decided that Boogs would rock a Macaulay Culkin red carpet look. But first, he had to practice his "aftershave scene look" at home before we went to school. 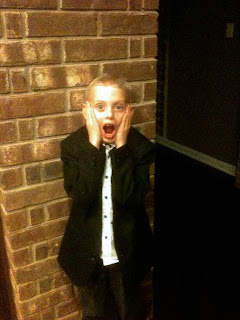 Boogs rocked the red carpet! He wore the jacket we bought for his Frankenstein Halloween costume in 2011. I knew there was a reason I kept that jacket around. 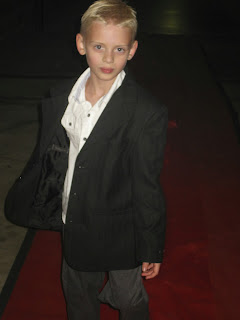 When we went into the school, Boogs wanted to dance. We made a quick stop at the photo booth and then he hit the dance floor. I did not feel like dressing up, so I went as Macaulay's personal paparazzi stalker.

I love to watch Boogs dance. He dances free and fearlessly. This year, he told me I could stand against the wall with the other parents so I would not embarrass him with my dancing. Awww! Last year he wanted me to dance with him. 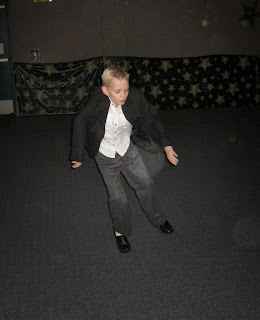 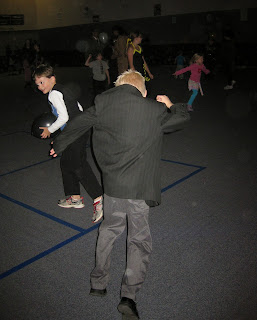 The balloons in the gym were a ton of fun for the kiddos to hit around the dance floor. 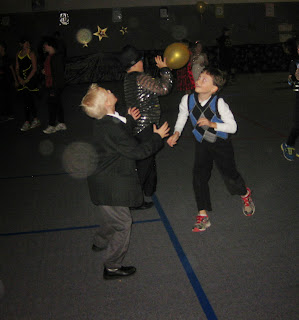 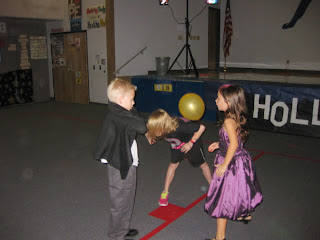 After dancing for a bit, it was time for the costume contest. Boogs entered the contest in the Individual Red Carpet Look category. I did not get a very good picture of him. He walked up to the microphone, introduced himself as Macaulay, then did a hands-on-his-face pose. It was so cute! There was a lot of applause and laughing when he did "the look". Boogs was very sad that he did not win the Individual Red Carpet Look prize - $30 gift card to Alamo Draft House. 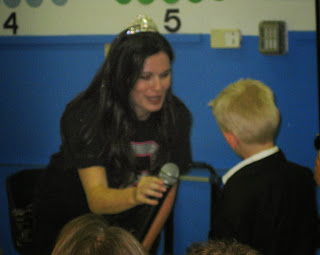 He was pretty tired at that point. He hung out on the dance floor for a couple more songs and then was ready to head home. I think he had a great time, except for the not winning part. 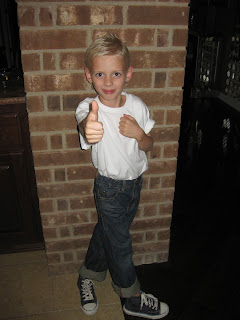 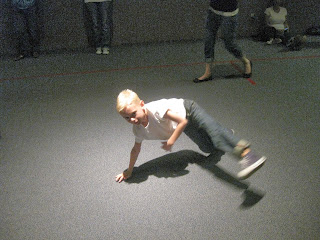 We have so much fun with this silly and sweet boy!