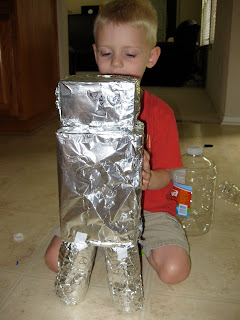 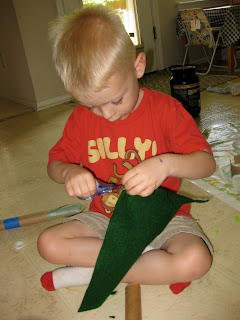 Boogs decided he wanted to make a robot out of "some of our recycled junk". He had a good time choosing which boxes, tubes, bottles, and material to put on his robot. After we got the robot assembled, he  wanted to have it wear clothes to look like a frog. It took quite a bit of explaining for me to understand his plan. So we gave the robot a green felt shirt. Then he wanted a metal cape for the robot. He found some gray felt and decided that would be okay to use as a pretend metal cape. When the frog/superhero/robot was complete and dry, Boogs took him all over the house and backyard for rescue missions. 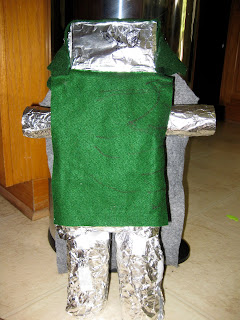 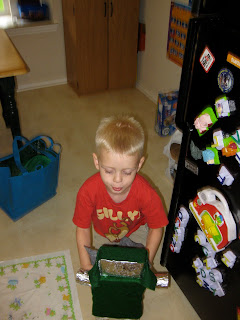