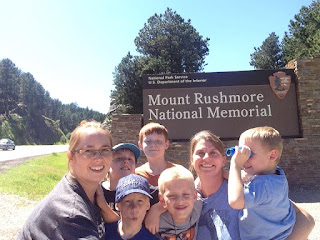 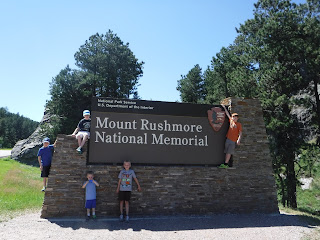 The Mount Rushmore Monument in South Dakota is impressive. To know that 90% of the carving was made with carefully placed dynamite is mind boggling. 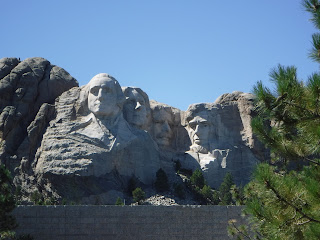 The first thing we did when we arrived at the Mount Rushmore National Memorial was find the visitor's center so the boys could pick up a Jr. Ranger booklet to complete. We stopped for a few minutes, had a snack, and worked on our booklets. Some of the things in the booklet were: walk the Avenue of Flags, hike the trail to the Sculptor's Studio, Visit the Lincoln Borglum Visitor Center, attend a Ranger-led program, hug a tree, find out how long it took to make, and then there were fill-in-the-blank, crosswords, and matching games to complete. The boys thought Mount Rushmore's Jr. Ranger booklet was the best one they have completed at any national park. 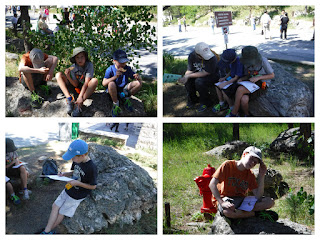 Avenue of Flags - underneath each flag was the date it joined the union. There were 56 flags on the avenue, 50 states plus the commonwealths, territories, and the District of Columbia. 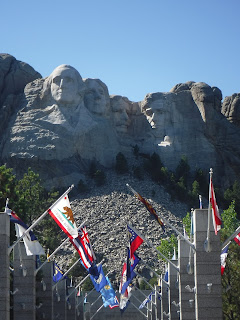 D took this picture of our Texas flag with the monument. I love this pic. 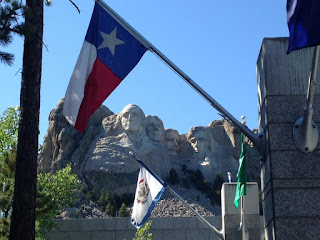 Boogs told me that visiting Mount Rushmore was his favorite stop on our road trip. The grounds are beautiful with lots of walking paths to explore. I think it also helped that we researched the making of Mount Rushmore before our trip. I even had Boogs write a little report about it in preparation of seeing it. 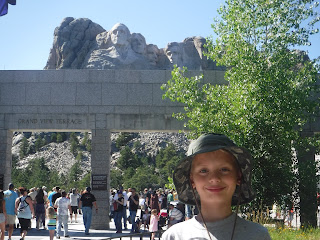 We went on a Ranger-led tour of the Presidential Trail to learn more about the park. At the end of the tour, the Park Ranger asked if anyone had any questions. J4 (4-yrs-old) asked, "How far is it to Balmorhea?" Balmorhea is the state park in Texas where we were going to stay on our last night of our trip. It is a loooong way from South Dakota to Texas. The Ranger replied, "I'm sorry, I don't know how far that is because I don't know your Grandma Ray." The boys thought this was hilarious so we referred to Balmorhea as Grandma Ray for the rest of the trip. 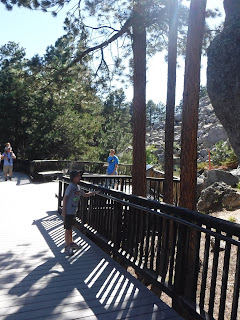 We were blessed with beautiful weather at Mount Rushmore. We spent about six hours at the park. walking the pathways and visiting the various buildings. 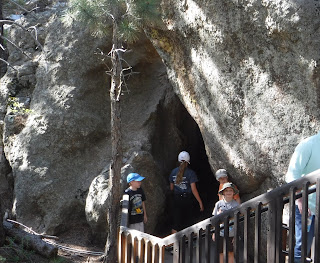 You could see pieces of the monument from different stops along the trail. 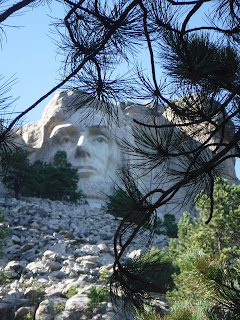 This was a neat little cut-out in the rocks. The boys climbed in it for a picture. 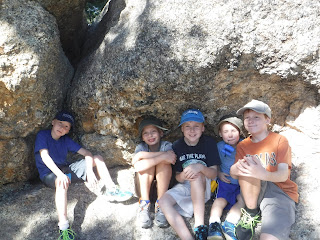 I love going on adventures with Boogs. He is so much fun. Look at that happy face. 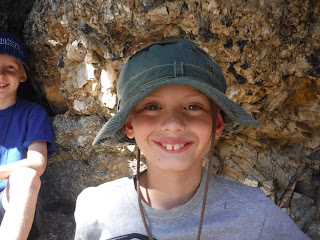 There were plenty of places along the trails for active boys to roam. 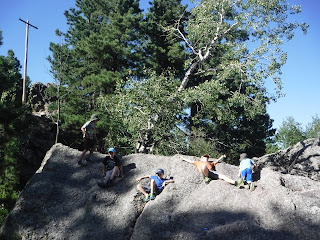 Borglum's original design for the monument was going to show a little more torso of the presidents but there was not enough usable rock surface for it. 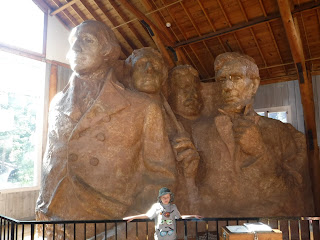 We took a ton of pictures of the monument from different places along the trails. The boys were starting to get a bit annoyed with all of the picture taking. D & I kept saying, "This is a once-in-a-lifetime experience." 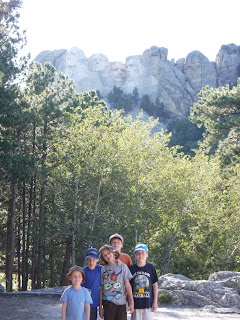 Last picture of Boogs with the presidents. 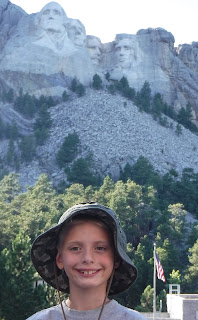 I remembered to bring along our mini-me figures for posing. Here they are hanging out together under a rock. 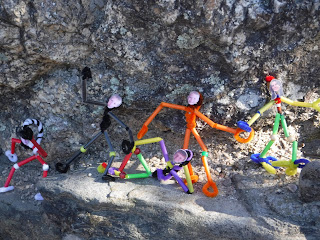 At 9 pm, there is a light show projected onto the monument. The boys said they were not interested in attending it. They really wanted to get back to our campsite in time to have enough daylight to climb the mountain again. We turned in their Jr. Ranger booklets and got their patches before we left. 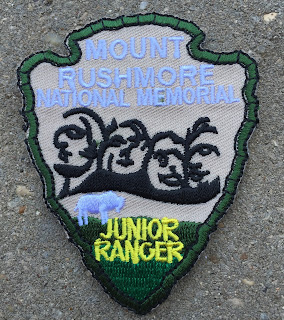 After playing at the campsite for a few hours, we settled into our tent and were asleep by 10 pm. After breakfast and showers, the boys spent the next morning climbing up the mountain while D and I packed up the campsite. Then we loaded up the boys and started our drive back to Colorado to visit Pikes Peak National Forest.