Where did September go?

September passed by in a flash. This is the first year our local pool offered diving board classes after summer ended. Boogs signed up for September and October classes. He looked forward to spending two hours every Wednesday on the diving board. They even had classes in the pouring rain (no thunder or lightning). Unfortunately, the instructor had to move to Arkansas the first week of October so the October classes were cancelled.

The back dive off the high dive is something I would never attempt but Boogs was ready to tackle it. 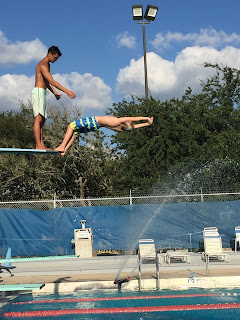 He especially enjoyed the last ten minutes of the class because that was free jump time. 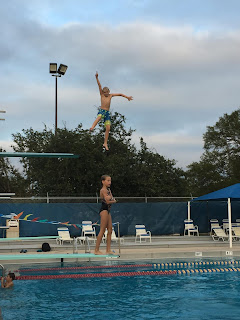 Boogs has really improved his form. 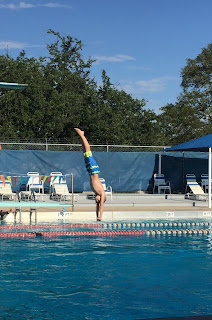 Boogs started working on learning an inverted dive. I was nervous that he would hit his head on the diving board.

September 23rd was Austin Museum Day. All of the local museums were open free of charge. Many of them had special exhibits or activities geared towards families. Boog and I went to the LBJ Library and Museum. 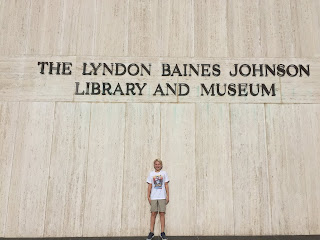 There was a special area set up in the parking lot about space. We got to stand in a partial spacesuit. 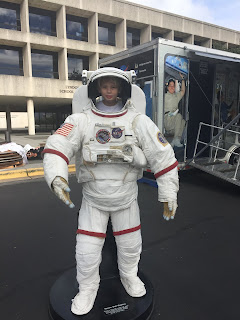 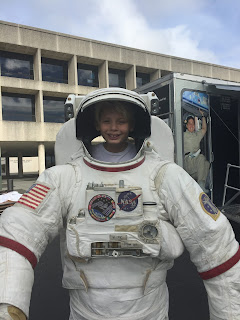 Boogs touched the small piece of moon rock on display. There was a video history presentation about space travel. 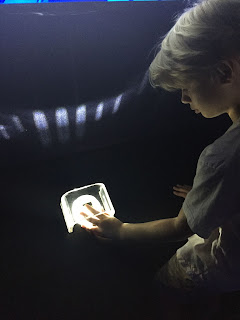 Then we went inside the museum. 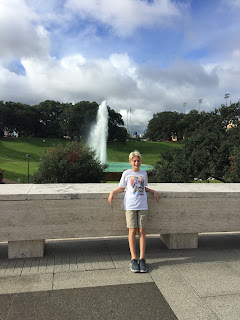 These phone booths are downstairs near the restrooms. I remember when they used to work. Now they are just for show. 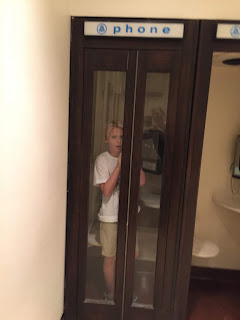 Boogs liked the interactive display about the decisions and information LBJ had available to him during the Vietnam War. The touch screen allowed you to access and read the various reports on LBJ's desk. It asked you to decide what you would do then it told you what decisions LBJ actually made. 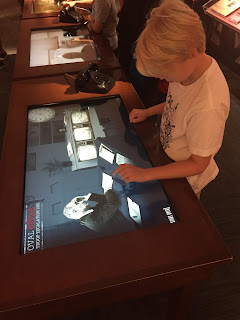 We explored the library for quite a while. Boogs has outgrown the kids crafts and special activities. 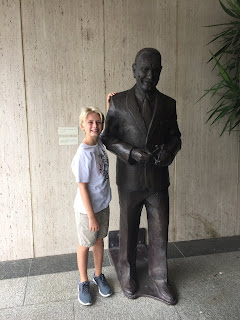 I remember going to the LBJ Library with my family when I was a kid. We used to roll down the big hill to the fountain. Boogs did not want to get grass stains on his shirt, so he just ran down them a few times. 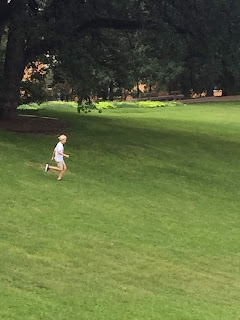 He is pretty fast. I thought about running down the hill with him. But I didn't. 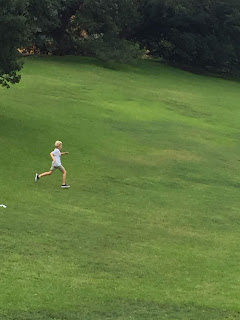 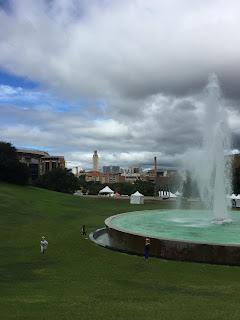 The pathways and trees near the library offer plenty of shady rest spots. 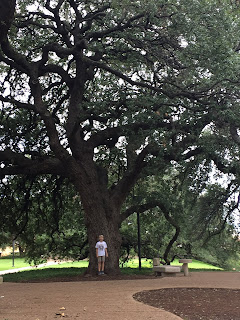 Boogs took this picture of me before he climbed that tree. 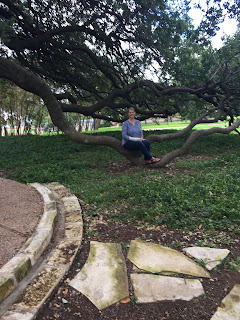 We had so much rain in September that we did not spend a lot of time outside.  Boogs did go deer hunting with his dad the last weekend of September. He shot his first deer on the first shot he took. My husband is looking forward to eating some venison chili.