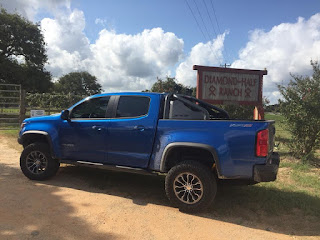 My husband signed onto a deer lease with Diamond Half Ranch.  The ranch is about 1.5 hours away from our house. It has 7000 acres of land. We toured the ranch a couple of weeks ago. This past weekend was the first time we stayed there. Included in the lease, is access to the three cabins on the property. They are reserved on a first come basis. The ranch manager told us they are usually not busy except during deer season, late October through mid-January. The "cabins" are all in a row in this building. We stayed in cabin 3. 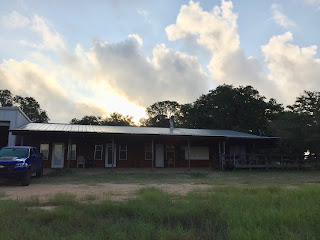 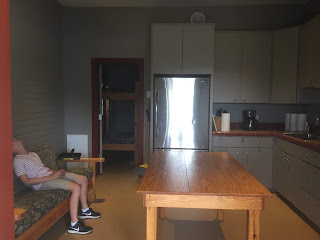 It is like staying in a motel, except it has three sets of bunk beds in the bedroom area. I was so happy to have air conditioning. It was a hot weekend with temperatures reaching 100 degrees F ( 38 degrees C) both Saturday and Sunday. Boogs called a top bunk bed. My husband and I chose the lower bunks. 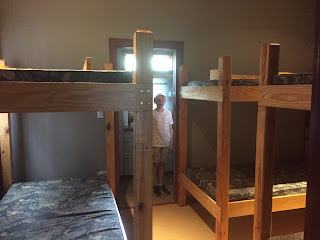 This is Boogs showing me how much headroom he had on Sunday. 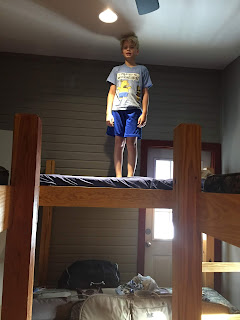 At the end of the cabins there is a covered porch with tables, chairs, and a pool table. 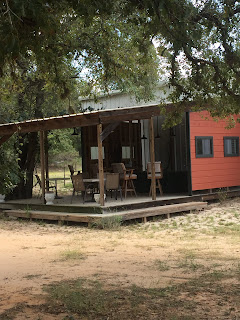 The front porch also has a nice shady section with tables. 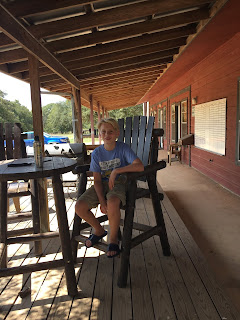 We arrived on Friday evening, ate dinner, unpacked, and went to bed. On Saturday, we headed into town for breakfast then went back to the ranch to tour the deer blinds.

There are 30 blinds on the property. Some were up high, some down low, some were filthy, some were clean. 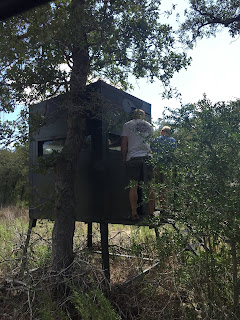 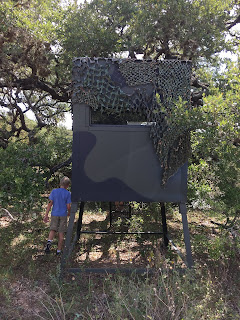 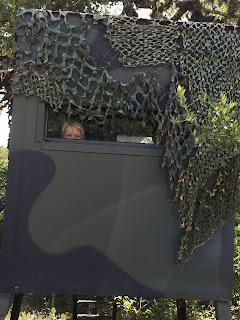 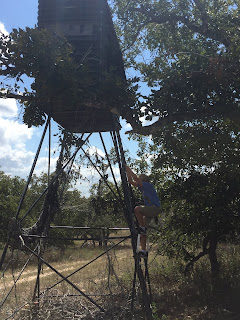 We spent a few hours touring around the property. It is beautiful. 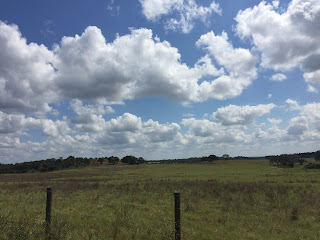 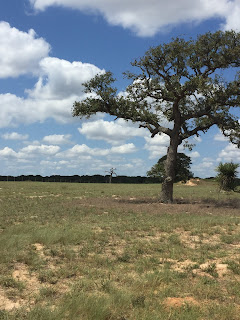 The cows were keeping cool in the water. 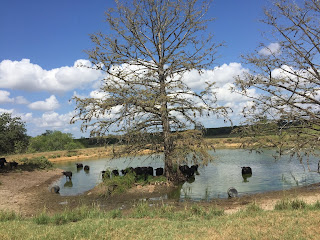 After lunch, Boogs had to make sure to get in his trombone practice for his band practice record. 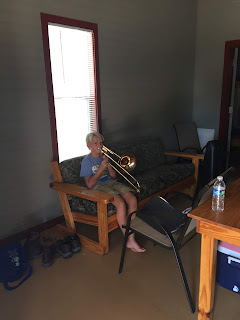 Later in the afternoon, Boogs and Daddy set up their gear at the firing range. 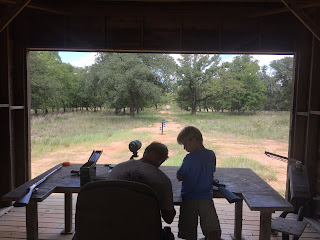 They used their Henry .22 lever action rifles for a competition on the dueling tree. 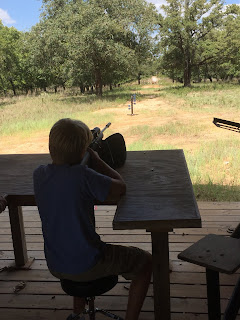 They also practiced shooting the steel targets at the hundred yard mark. 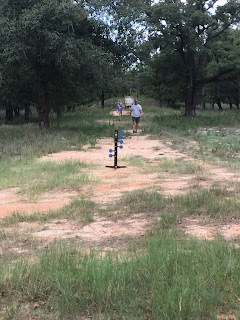 I joined them for a little bit. They both beat me on the dueling tree. It is nice to have a covered area at the firing range. 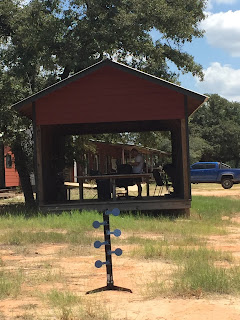 Boogs shot this clay target and put a hole straight through it. Normally, the clay targets break apart when they are hit. 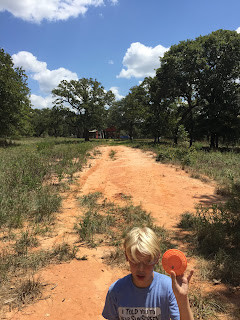 Around four o'clock in the afternoon, about six men showed up to use the firing range for skeet shooting. It got pretty loud so we decided to drive around the property for a bit. After my husband bought the lease, he decided he needed a vehicle that could handle the rough roads on the ranch. He bought an old Land Cruiser, but it is still in the shop (for the second time) getting a few repairs. 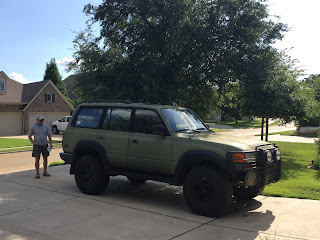 A few days later, he bought this truck, a Chevy Colorado. He thought he was going to leave the Land Cruiser on the ranch, but has just about decided to sell it since the Colorado is able to handle the terrain. He is going to make the Colorado his regular vehicle and sell his Tesla. I'm going to miss the Tesla. 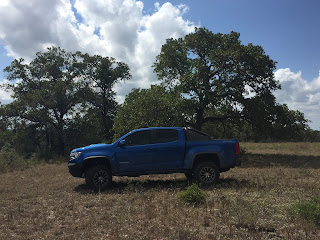 We let Boogs try driving the truck. He did a great job for a 12-year-old first time driver. I was very nervous for him. I was not sure if he would be able to make it through the gate and over the bumpy cattle guard without hitting a post. He made it! 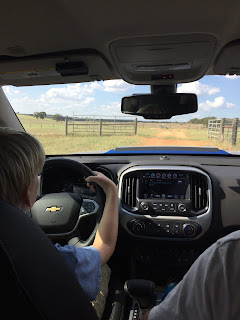 Daddy had him keep to an 8 mph speed limit and frequently practice braking. 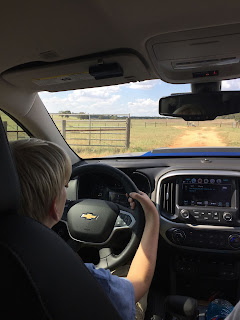 Boogs drove for almost twenty minutes. Then he said, "Ok, Daddy. I'll trade you places at the tree at the top of this hill." 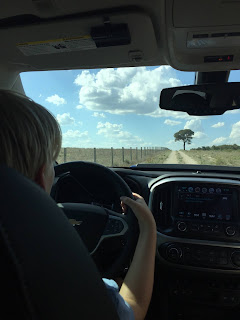 Saturday night, Boogs and Daddy went out to a deer blind with the night scope. They did not see much activity. On Sunday, we ate breakfast, cleaned the cabin, packed, and headed back home. The plan is to go out to the ranch once or twice a month. We are thinking about taking our dirt bikes out to the ranch next weekend. The forecast looks like there might be thunderstorms, so we might not be able to go. I think the ranch is going to be a great place for hanging out as a family.