We came home from our holiday trip on Tuesday, December 29th. That morning a snowstorm blew into Ottawa. It was funny because the weather reporters mentioned the "air from Texas" causing some of the problems. While we were in Canada, a friend sent me this picture: 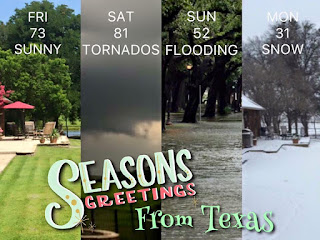 Apparently, we missed a lot of unusual weather while we were gone. Several tornadoes ripped through some communities near Dallas. I have family in that area, but their towns were not hit. Scary! Another friend told me they had a little bit of snow on Monday. The crazy weather was being blamed in part by the El Nino effect out of the Pacific Ocean.

We had trouble leaving my in-laws house. The snow was coming down hard when we were loading the truck. 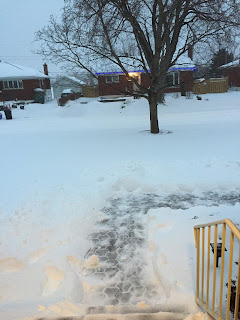 The day before you could still see green grass in part of the neighbor's yard. 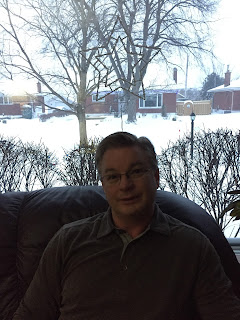 Boogs likes snow but he was ready to be in the house or in the car. The wind was pushing snow off the roofs. 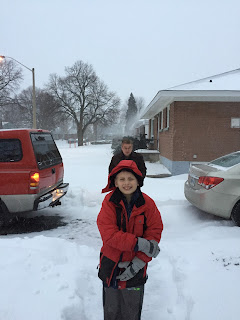 You could not tell where the yards ended and the street started. 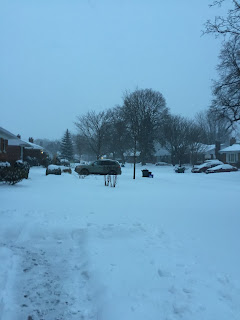 GP could not get out of the driveway. Luckily, a snowplow came by and cleared the driveway so we could get out. 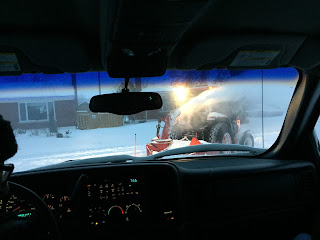 We slid all over the road. At one point, we thought we were stuck. It took nine tries backing up and revving the truck forward to get over a hump of snow to get on a larger road. It looked like the snowplows had been on the roads several hours before but could not keep up with clearing the snow. It was a white-knuckle drive to the airport. I seriously doubted that we would make it. 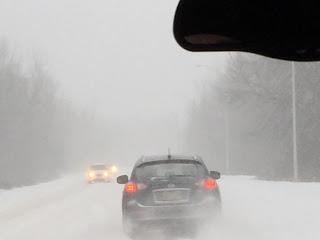 We were very lucky. Our flight from Ottawa to Toronto was delayed a little over an hour but was not cancelled. We were one of the last flights to leave the airport that morning. We sat on the tarmac for quite a while and watched 6 snowplows, lined up in a diagonal line, clear our runway. As soon as the snowplows moved out of the way, we took off. 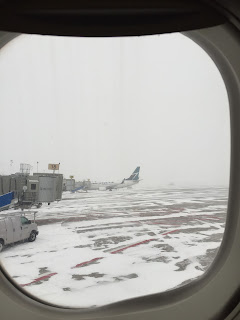 We had a small delay in Toronto and eventually made it to Dallas. We were pleasantly surprised when all of our luggage made it back, too. Last year, it took several days to get our luggage back. Our drive home from Dallas was easy and uneventful.

We were happy to be home to celebrate the new year. We miss you GP and GM. See you in a few months.  Happy New Year!
Posted by Keitha at 7:43 AM