Boogs' asked for a Skylanders Party for his 8th birthday. Of course I said, "Why not? How much work could it be?" Well, my son likes to plan parties. He filled me in on what should happen at a Skylanders party to make it like the game. He said, "We need to have stations to get the sources. You know, like booths at a carnival." Yep, clear as mud. He also asked for a Kaos pinata. So, we looked at several blogs that had posted about Skylanders parties and got busy crafting!

Toss Across re-purposed into a Skylanders game. Boogs chose three characters for me to cut out and put on the Toss Across board. The kids had to throw bean bags and try to get three in a row. 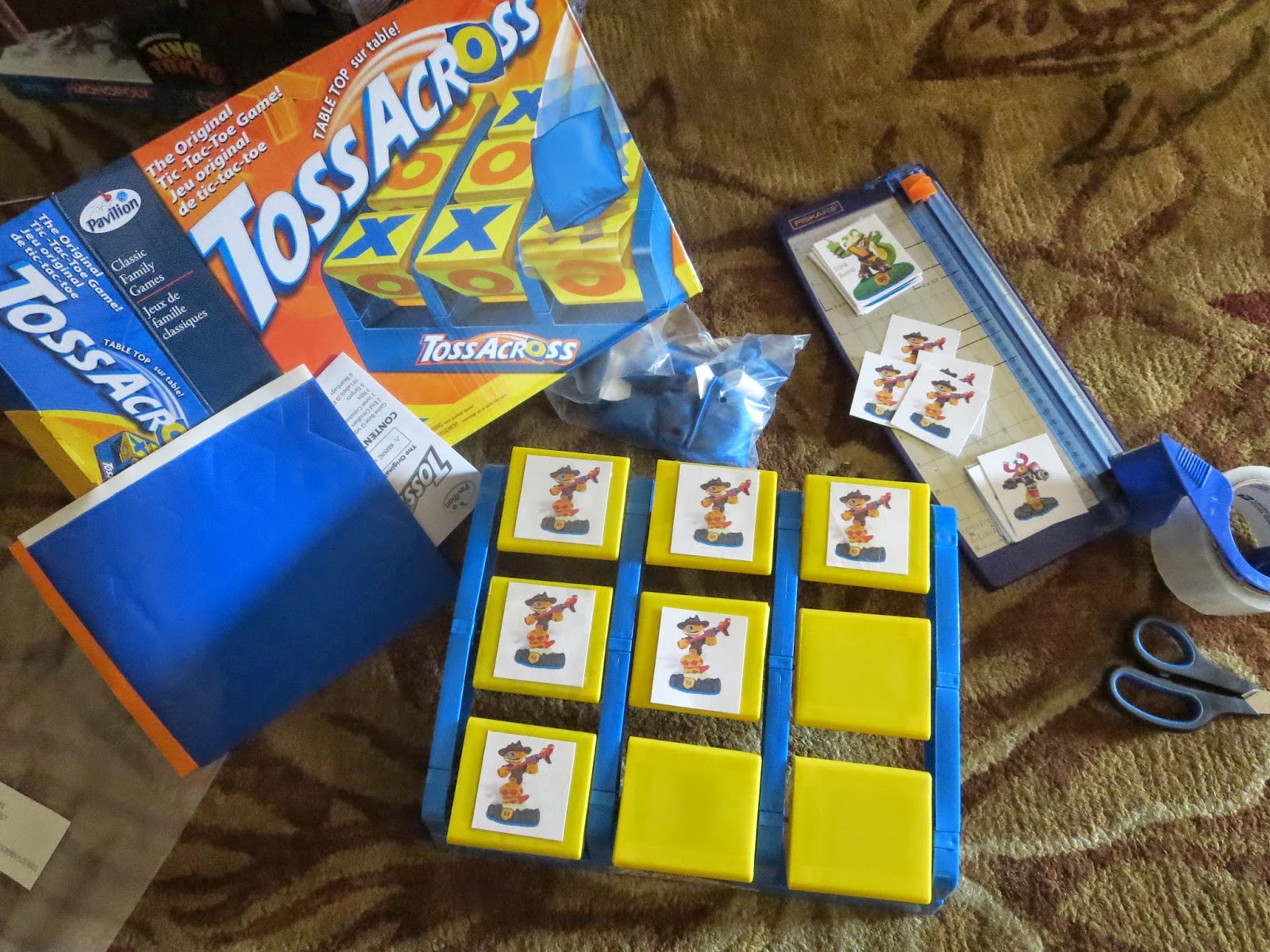 We made cans for Trigger Happy's Golden can shoot. The spray paint would not stick to the cans so I had to glue paper on before I could paint them. My husband and father-in-law ended up painting yellow and then spraying on a coat of glitter finish. It made the streamer paper practically waterproof. The kids stacked the cans up into a pyramid then shot at the pyramid with foam water cannons. The kids each took home a water cannon as a party favor. 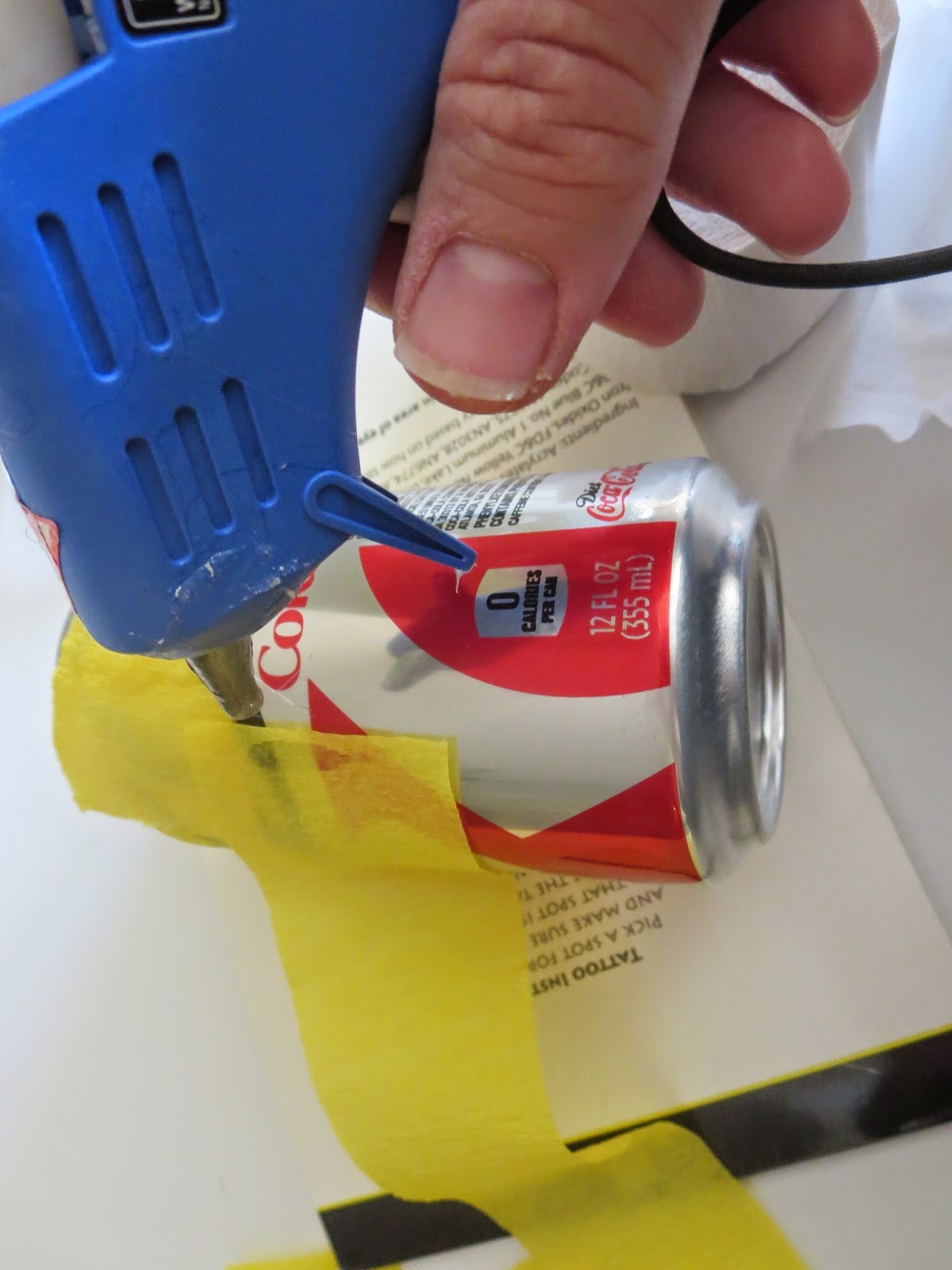 I was making the pinata while my husband was making breakfast. Pinatas are always more work than you think they will be. For Kaos, I used a punch balloon as my base, ripped up a bunch of newspapers, and put on four layers of newspaper with a mixture of flour and water. It took several days to finish with the newspaper because it took a long time for each layer to dry before I could add the next layer. 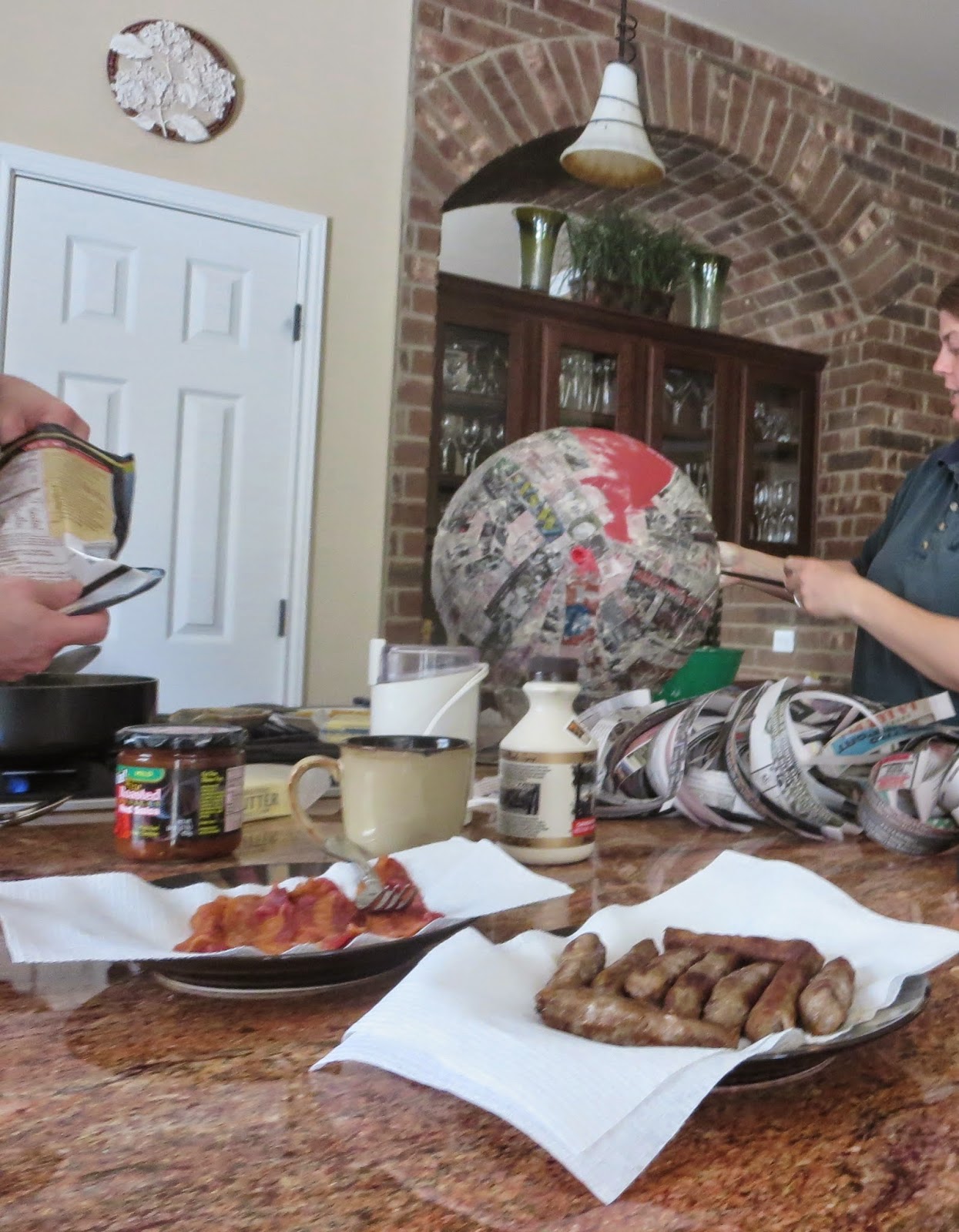 I looked everywhere for peach colored streamers for Kaos' face but could not find any. So, Kaos has a white face. The little green paper mache items are melons for Camo's Melon Smash. They have large gumballs inside them for leveling up. The melons had electrical tape stripes on them to help strengthen them a little and make it harder to smash. 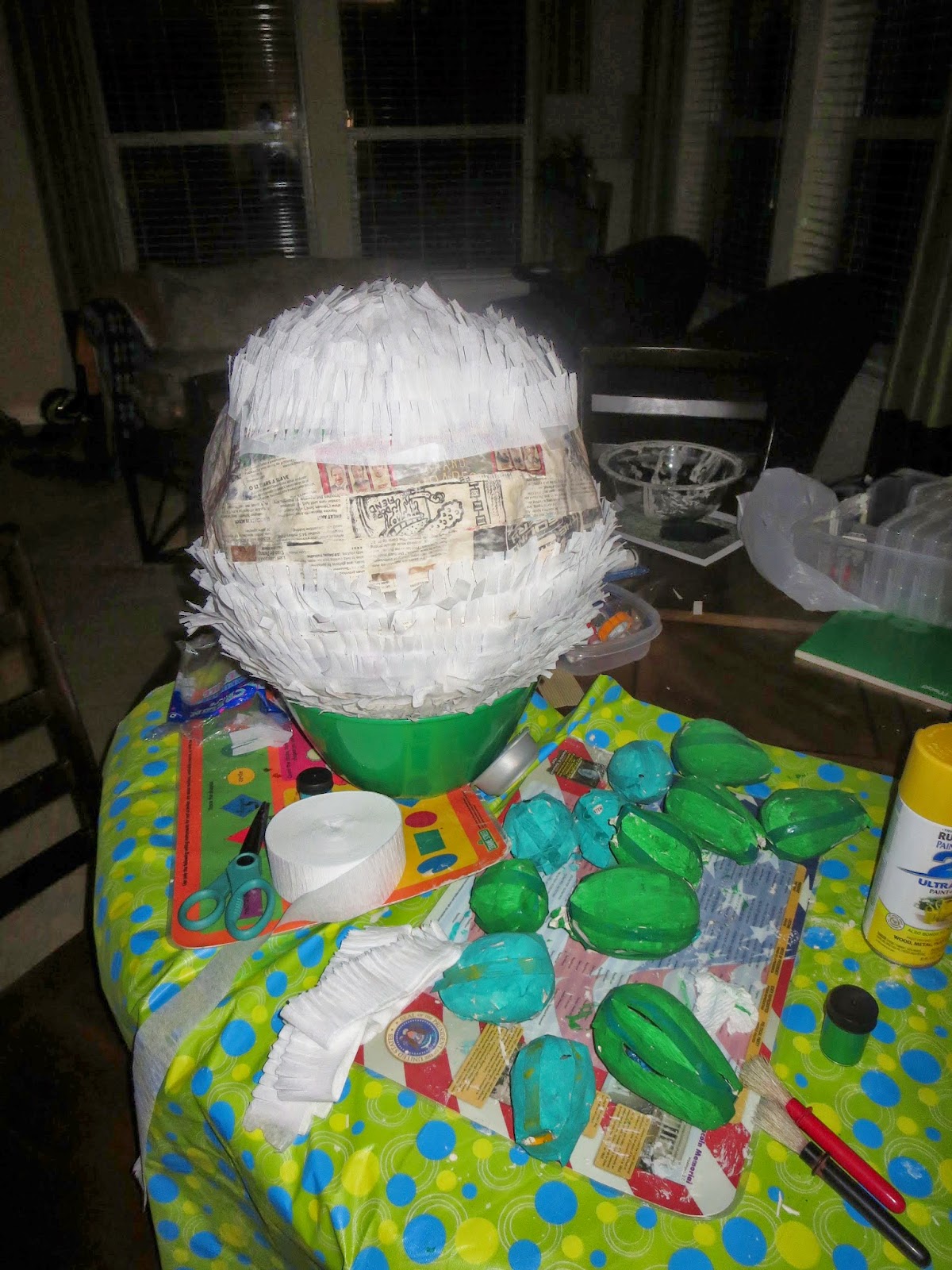 The completed Kaos Pinata. Boogs was happy with the result. 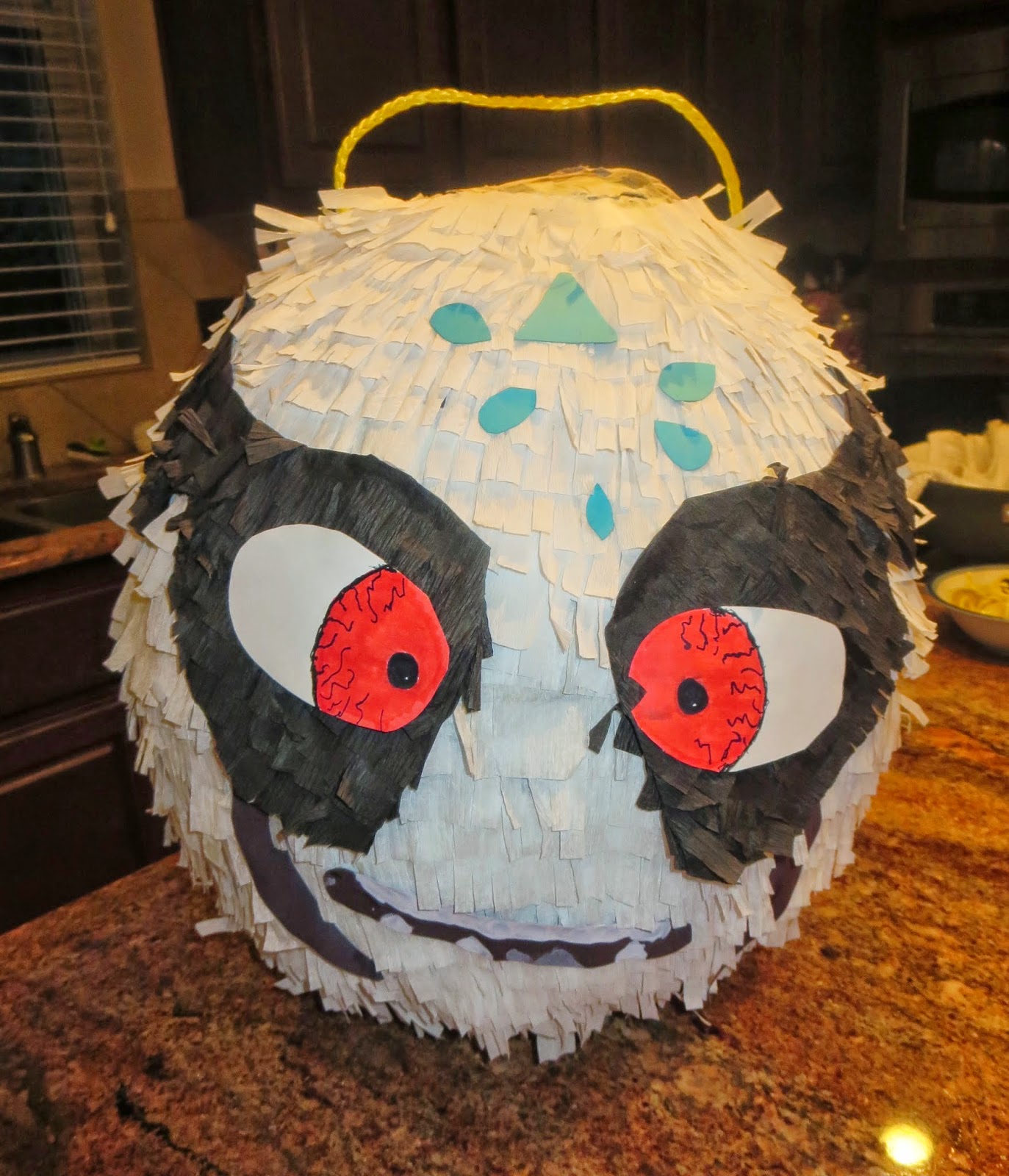 Each birthday, I freezer stencil a shirt to match the theme of Boogs' parties. Sklanders' characters were too complicated for me to make. Luckily, I found this inexpensive Skylanders shirt and just added the number 8 to it. 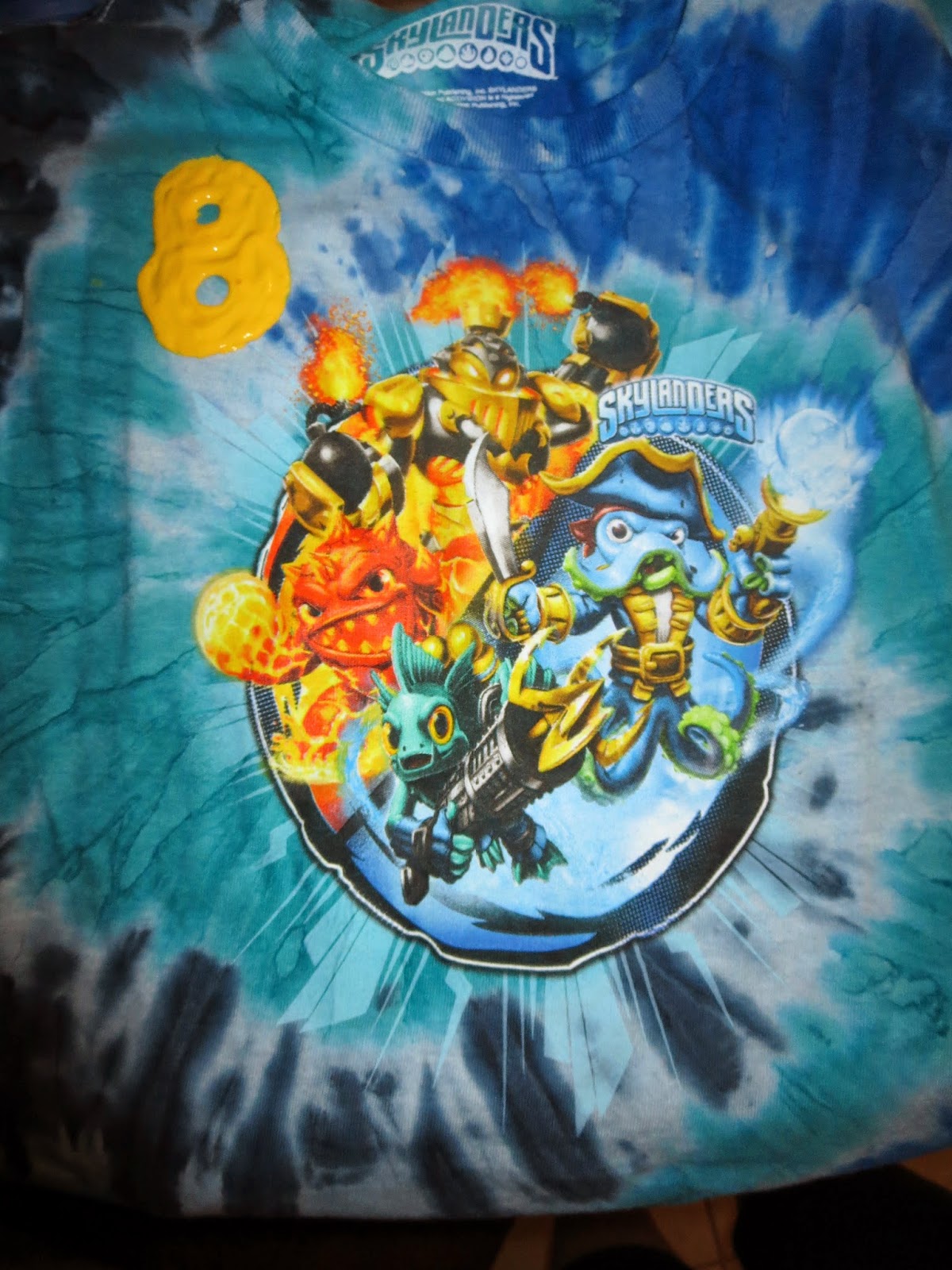 I cheated this year and bought cupcakes from Sam's Club. The only cupcakes they had without pink ones in the set, were cupcakes with Batman rings on the top. I made double sided cupcake toppers using a Stampin' Up punch. I put a Skylanders Swap Force character on one side and a Skylanders Giants character on the other. 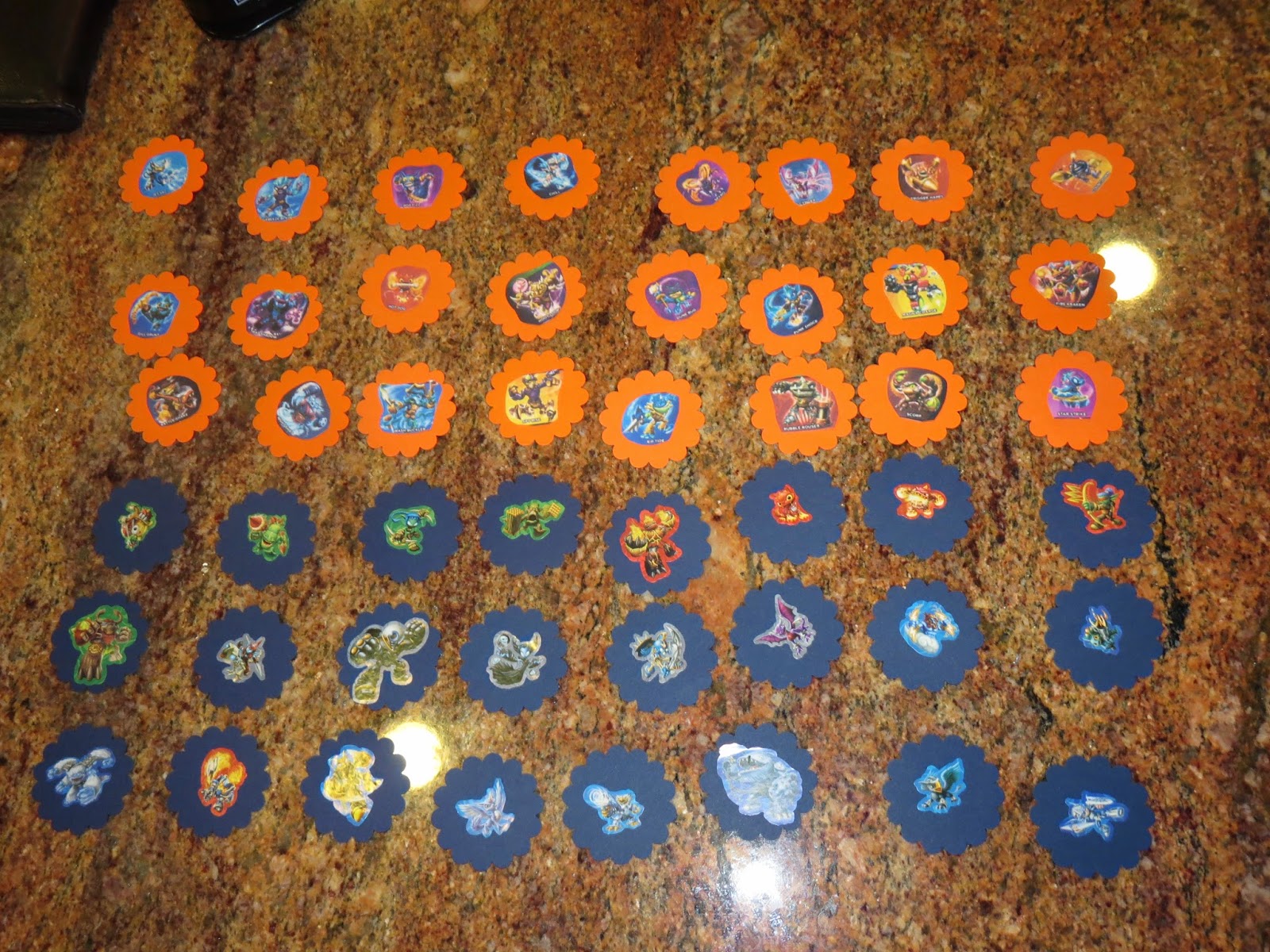 Boogs spent quite a while trying to decide which character he wanted on his cupcake. We had to squeeze it in beside his number 8 candle. 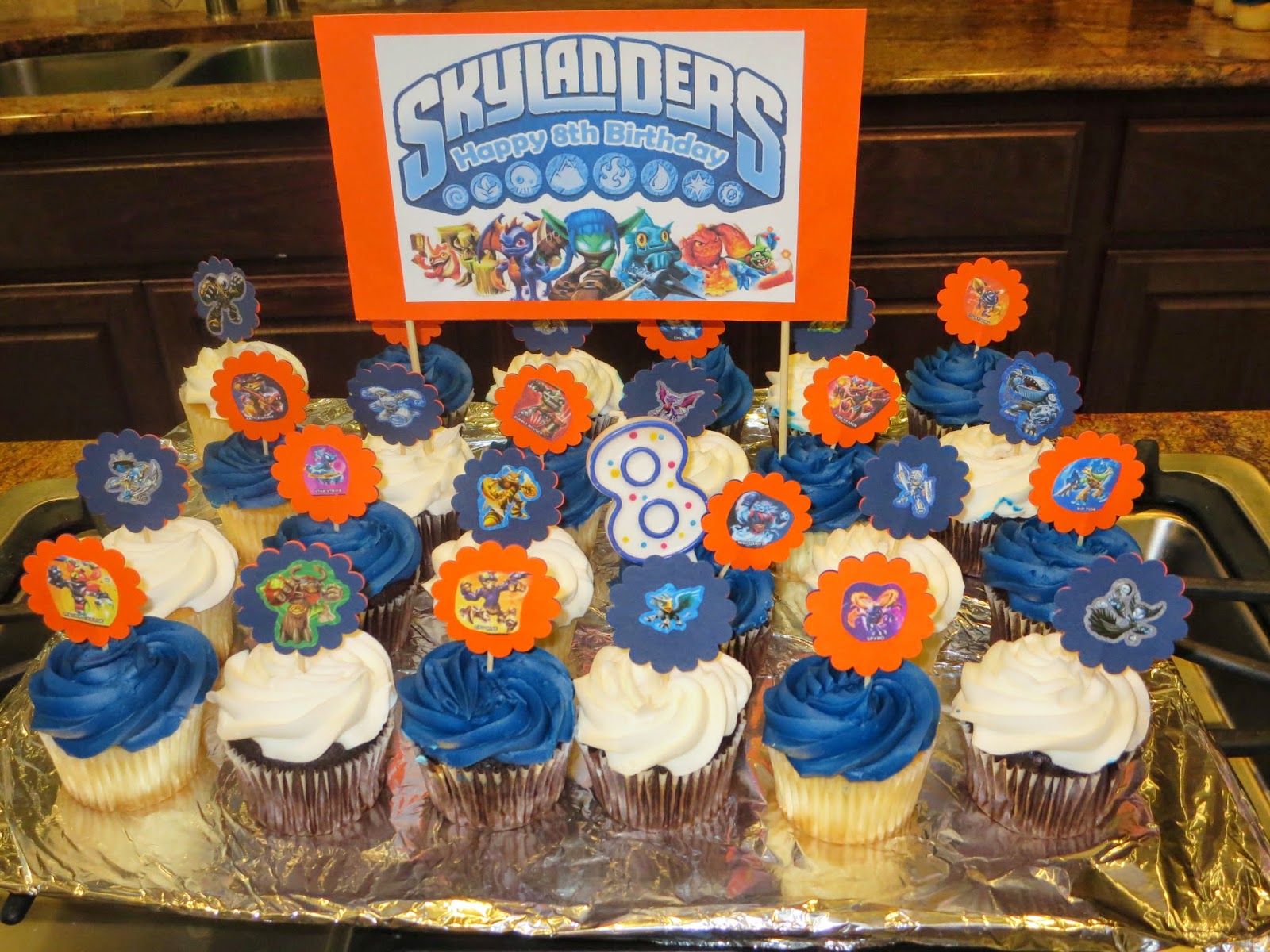 Boogs worked with me to figure out what kind of game booths he wanted.  We looked through a couple of other blogs for ideas. Then he helped me plan what to write for each booth's sign. 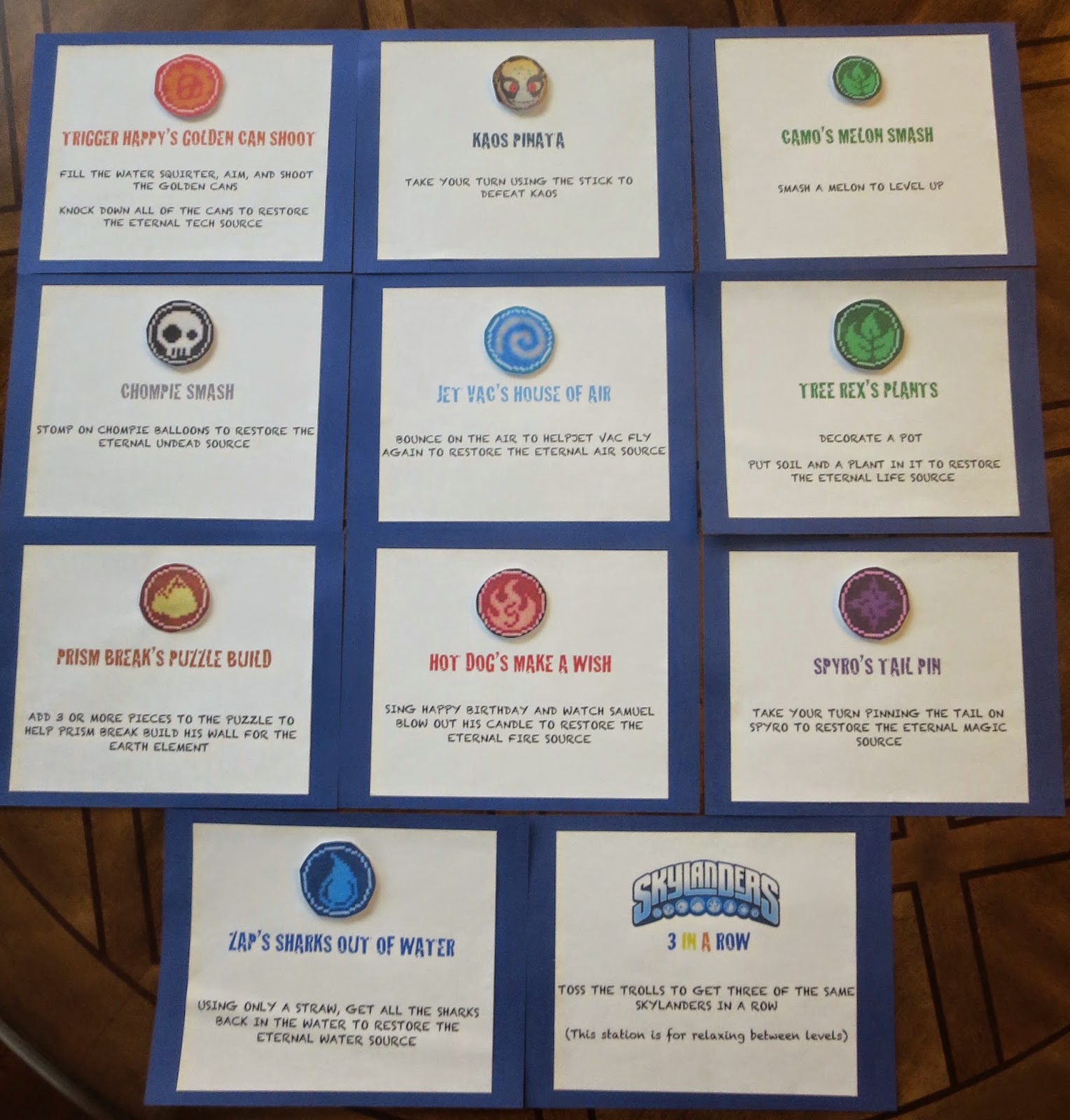 The day of the party there was a 30% chance of rain. I put the signs in sleeve protectors to keep the signs dry. Boogs thought it would be a good idea to receive a token/badge for each completed activity. I taped baggies of tokens to each sign for the kids to get themselves. 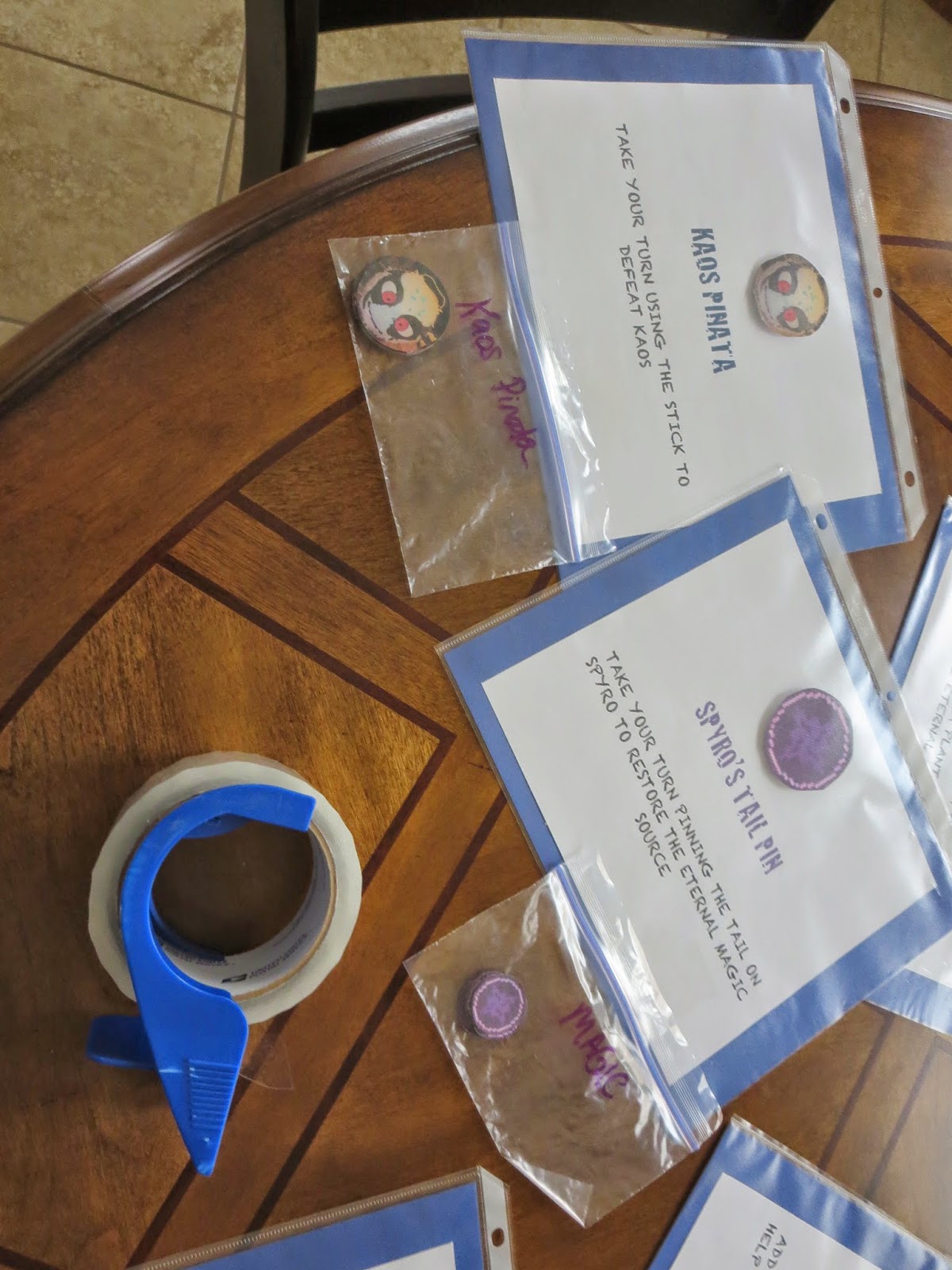 Here are pictures of the stations before the party started: 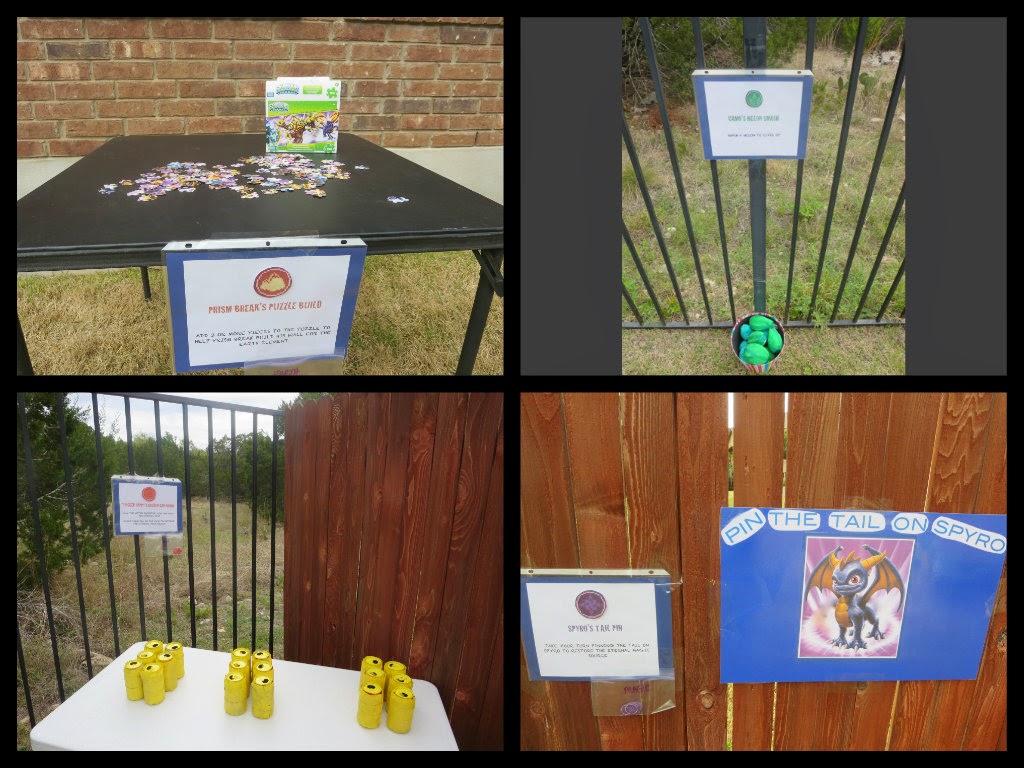 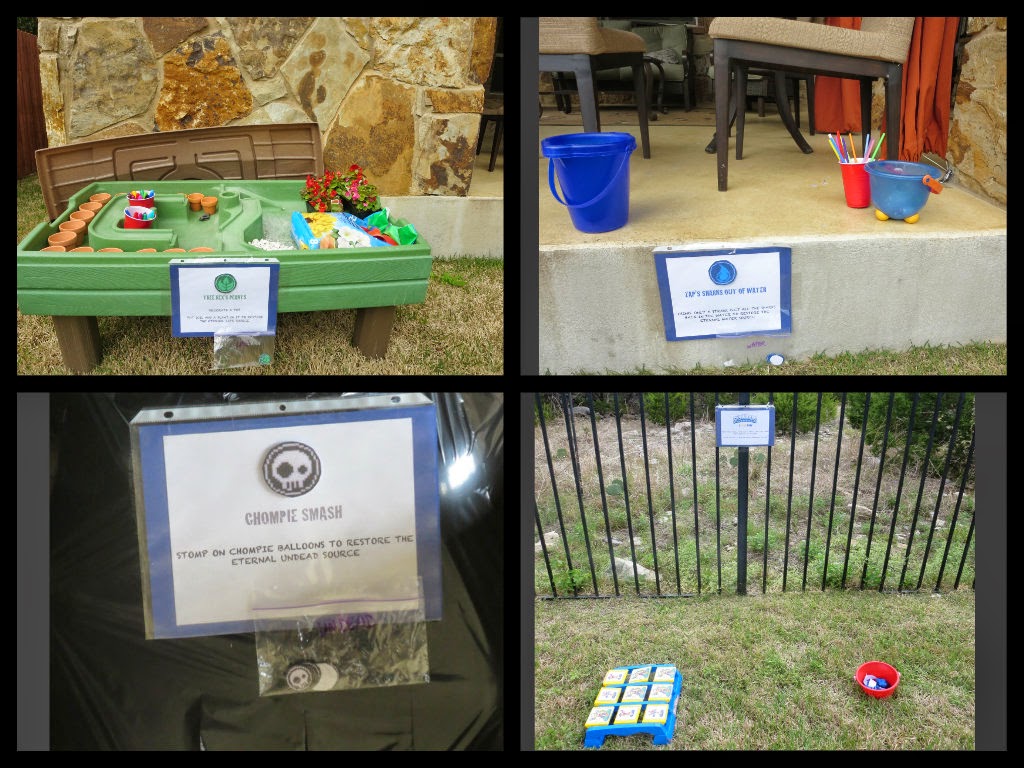 The kids could earn tokens for the air source by jumping in the bouncy house and for fire by singing happy birthday and watching Boogs blow out his candle.

We had a ton of fun planning for this party. Boogs was so excited for his friends to come over and play all of the stations with him.

You can click HERE to see a few pictures of the party.

These are the blog posts that I used for Skylanders party ideas:
http://amyspartyideas.com/2012/06/skylanders-adventure-party-real-parties-ive-styled/


Here are links to a few other fun parties Boogs has had in the past: 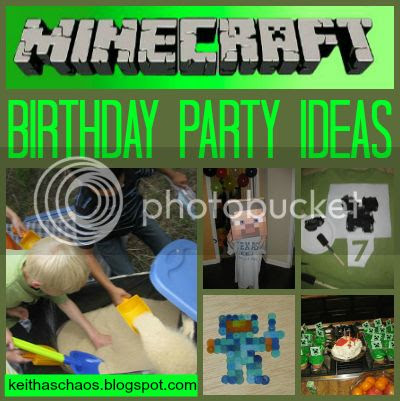 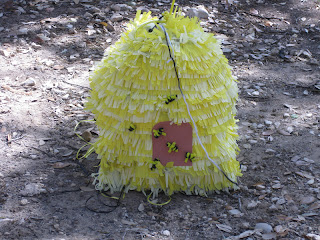 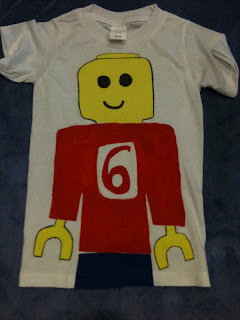 Be sure to check out the wonderful sites I link to on my sidebar!  I would love for you to leave a comment to let me know you stopped by.
Posted by Keitha at 7:24 PM