Monday preschool camp was all about the alphabet. We read Pilobous - The Human Alphabet.  The kids loved trying to figure out the letters and pictures in the book. We tried to make a few letters with our own bodies. Boogs and his friend are making a lowercase letter "b". 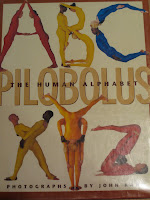 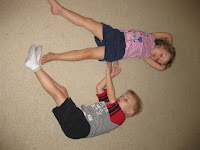 We made pretzels for our cooking activity. Boogs had a lot of fun rolling his dough into shapes. We tried to make a few letters, but the most popular shape was a snake. 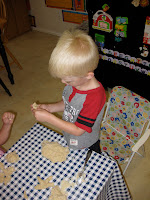 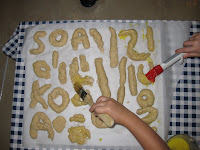 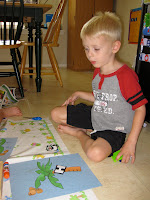 I think the Alphabet Movement Cards were the biggest hit today. Each child got to throw a bean bag at the alphabet and then we all had to do the activity for that letter. They played this for at least half an hour. 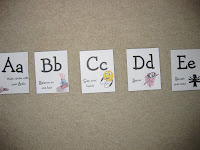 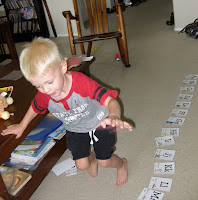 It was a fun day. We ended up in the backyard playing in the water for the last hour of our day.
Posted by Keitha at 10:14 AM