We decided to take a day and go to the Gatineau Mountains in Quebec to ski at Vorlage. My husband had asked around for a family friendly ski area and several people told him this would be a great place. We called and booked a ski lesson for Boogs. My husband and I have not skied for well over twenty years. I was not that great of skier back then. It was a fun way to spend the afternoon. 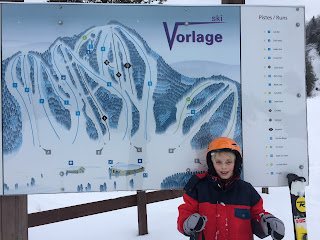 When we arrived at Vorlage, we found out they still considered it to be pre-season. That was unfortunate because it meant the only chair lift open was attached to three blue runs. This was the first time Boogs had ever been on skis and there were no green or even a bunny hill open for him to learn how to ski. 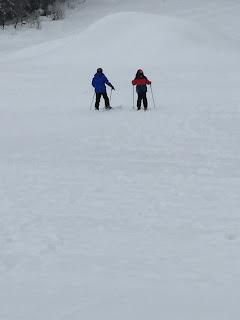 Boogs loves being in the snow. 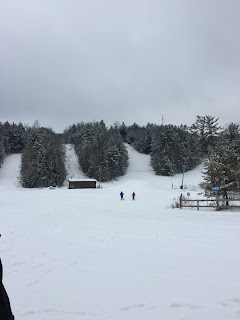 It was a bit rough for him trying to come down the blue run. He kept at it. His instructor was basically the same size as Boogs. She said she was having a hard time holding him back because of the steepness of the hills. At least, Boogs learned how to get back up after falling. He had a lot of practice with that. 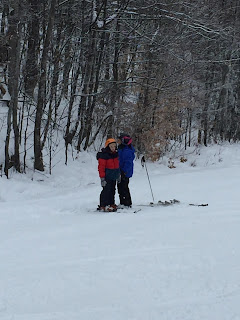 After his lesson, Daddy took him down the hill. They made it to the bottom without falling. 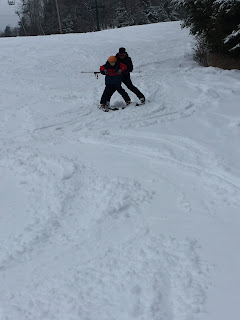 The nice thing about it being pre-season, was the lack of people at Vorlage. The local schools were still in session. So there were only about ten skiers in the entire place. 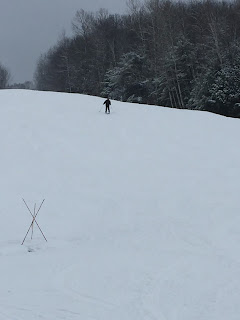 We never had to wait for the chair lift and rarely shared a slope with anyone. 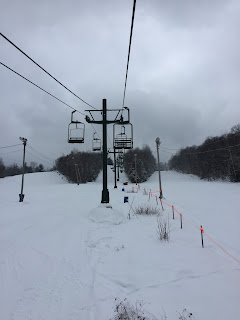 It was so beautiful! The air was crisp, the sun peeked out every once in a while. 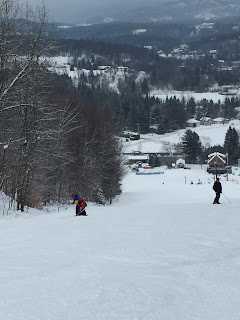 Daddy had fun. He really enjoyed being able to go right back up without any crowds. 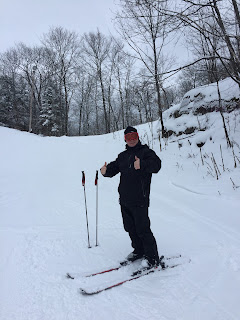 Boogs decided he would rather play in the snow without skis on while Daddy and I kept skiing. He played near the chair lift while I went on a few more runs. Then Boogs and I went in for hot cocoa while Daddy kept skiing. It was a lot of fun. Boogs said he enjoyed it but it was also frustrating. Next time we go skiing, we will make sure there are green slopes for him. 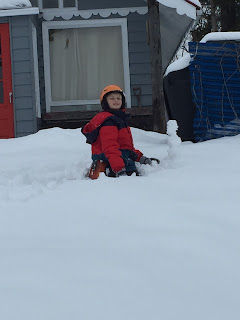 I am the queen of the wedge. I really did not care how ridiculous I looked making extra wide snowplow turns down the slopes. And hey, I only fell twice. Not too shabby.

Here's Daddy on one of his first runs down the slope. By his fifth run, he was zipping down and lapping me.

Next year, we will try again.
This post is linked to:
Country Kids From Coombe Mill
Posted by Keitha at 2:17 PM