We did other things besides scuba diving while we were in the Florida Keys. 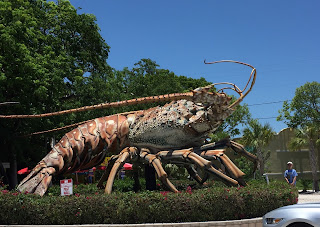 We did a bit of sightseeing. We passed this giant lobster several times before we decided to stop and get a couple of pictures. It was outside of a little gallery. 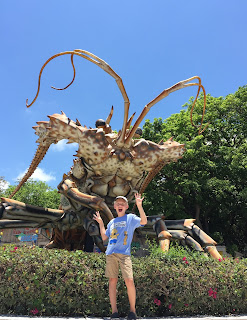 Boogs enjoyed the pool at the condo. He loves being in the water. 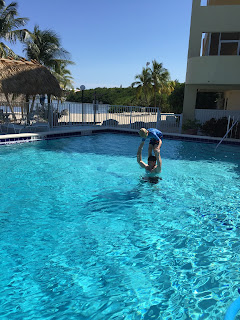 Daddy assisted flips were fun to do. 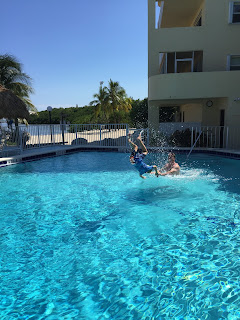 We stopped at this neat little museum about the history of diving. The amount and variety of scuba related items in this small museum was amazing. 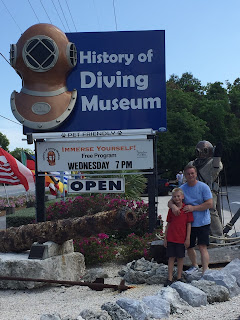 The museum provided a scavenger hunt sheet with photos of some things in the exhibits. You had to look carefully to locate all of the items.

Boogs realized how much better today's diving equipment is after trying on this helmet. 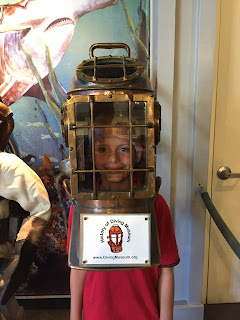 The museum had information about the history of diving from 5,000 years ago to the present. 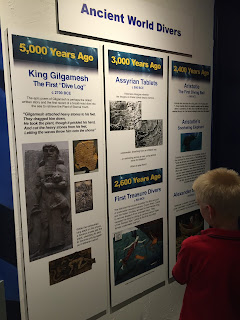 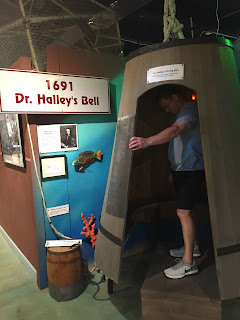 I can't imagine going under water with these helmets on and trying to breath air pumped down into them. 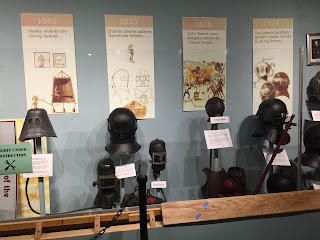 Many of these old suits had leaden shoes to help the diver sink into the water. 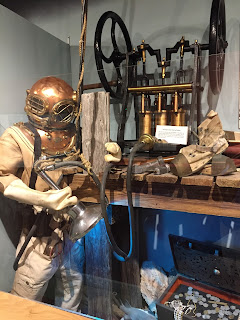 They made the museum more interactive by having 20 Playmobil toy divers hiding in the exhibits. We had to search diligently to find the divers. Some of the divers could only be seen by using mirrors, flashlights, and looking through things. Boogs had a great time trying to locate all of the toy divers. 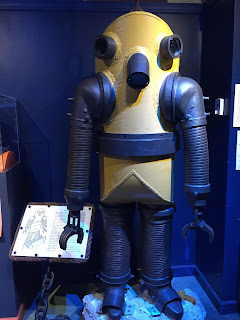 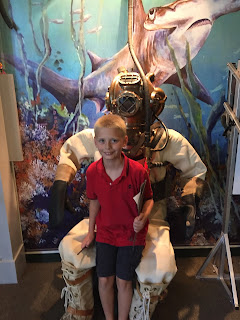 The Diving Museum was a fun place to visit. We learned so much about how diving has changed throughout the years. 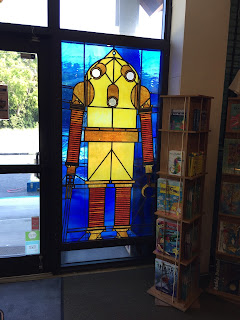 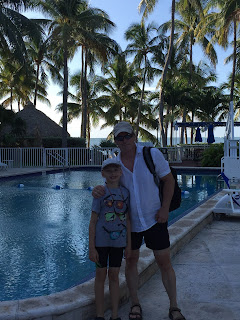 On our last day in Florida, we tried to visit the Turtle Hospital in Marathon. We had contacted our condo rental owner to ask if it would be possible to stay later than the 11:30 check-out time since our flight out of Miami was not scheduled until 9pm. He said it would not be a problem to stay until 5pm because the condo was not scheduled to be cleaned until the following morning. So, we drove an hour away to Marathon to visit the Turtle Hospital. While we were waiting in line to buy tickets, we got a message from the condo owner saying he had made a mistake and the cleaning person was going to be there at 1 pm. The Turtle Hospital only offers 90 minute guided tours. So we had to get back in the car, drive and hour back to the condo, and clear out our stuff. It was a bit disappointing. 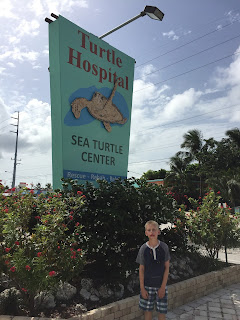 It looks like it would have been a great place to learn about sea turtles, maybe next time. 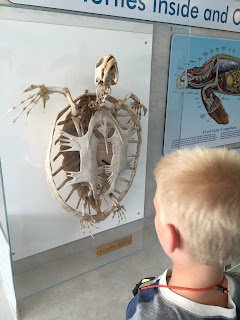 On one of our dives, the dive master had told us about a place called Monkey Jungle near Miami, Florida. She said the visitors walked in cages while the monkeys roamed free. We had to go to the Miami Airport and decided to stop off at Monkey Jungle on the way. Monkey Jungle is a 30 acre wildlife park that was started in 1935 for researching monkeys in their "natural" habitat. 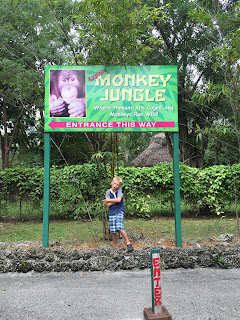 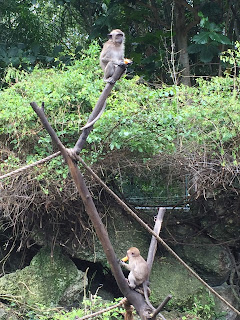 It was an interesting place to visit. 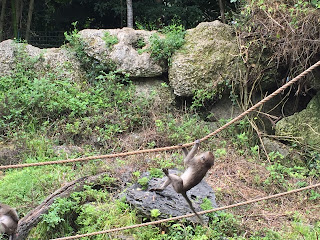 There were several informational talks about different primates. This is Mei the orangutan. 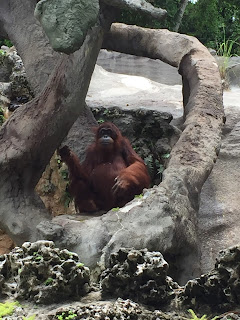 King is a gorilla that Monkey Jungle rescued from a circus several decades ago. 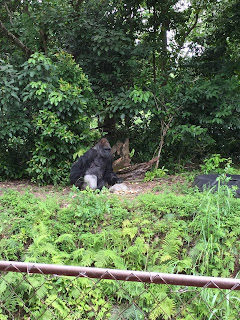 We were in caged walkways while the monkeys ran around. 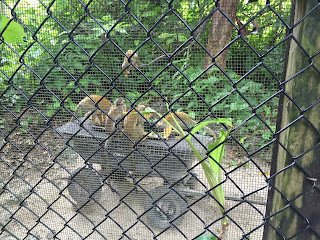 I tried to make sure I stood under the crossbeams so it would be more difficult to get pooped on. It was weird to hear the cage above your head rattling as a monkey ran by. 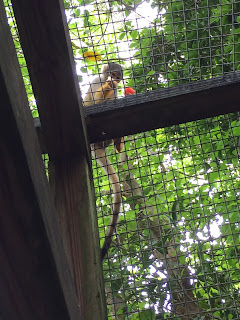 There were little metal bowls on chains for visitors to give treats to the monkeys. The monkeys would pull the bowl up with the chain, get the treat, and then lower the bowl back down for more treats. Sometimes they would rattle the chain to get your attention and let you know they were waiting for more treats. 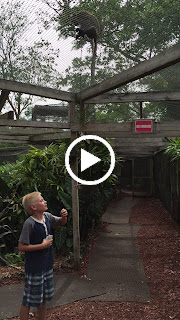 We enjoyed our time at monkey jungle before heading to the airport to return home. 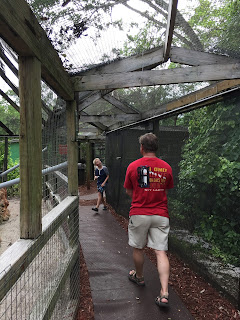 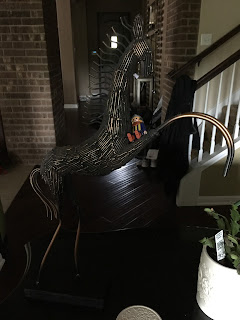 I am just now posting about our vacation because I got sick a couple of days after we got back and it has taken about three weeks for me to feel better. My husband also became ill. Luckily, Boogs did not. We had a wonderful time in the Florida Keys and would love to go back again someday.