A couple of weeks ago, my husband and Boogs went dirt bike riding on a friend's property. That was all it took to put an entire chain of events in motion that led to this: 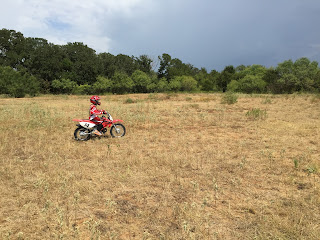 Boogs can now ride on his very own dirt bike. He is really enjoying it. 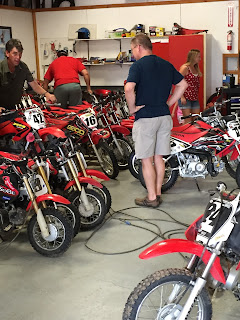 A motorcycle school for kids, Iron Horse Country Ranch, closed down at the end of summer. The owner is selling off his inventory of dirt bikes for very low prices. We spent a few hours out at the school choosing one bike for Boogs and one for my husband and I to share (train on). My husband plans on eventually getting a bigger bike for himself. 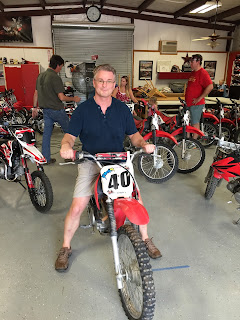 We ended up getting a 70cc dirt bike and a 100cc dirt bike. The owner of the school sold us chest plates, gloves, helmets, and googles as a package deal for $25 for each of us. That was unbelievable. We are borrowing a friend's trailer for now while we figure out what kind of trailer we need to have. 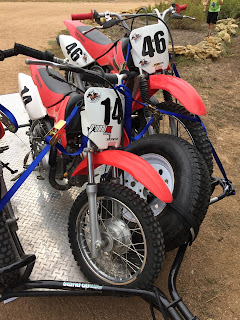 The day after we bought the dirt bikes, we had to clean out the garage to make room for them. 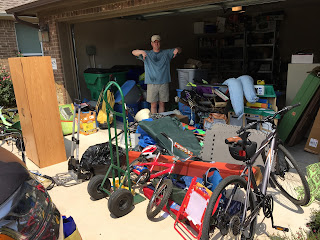 It was a big job that took most of the day. But we were able to get the trailer (it folds up, so cool!) and the dirt bikes in the garage. I finally agreed to get rid of the sand/water table and little play kitchen that Boogs outgrew several years ago. We took a bunch of stuff to Goodwill and sold some other things. I can't believe how much room we have in our garage. 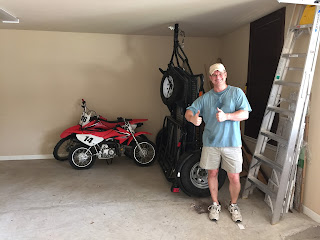 We are looking forward to the weekend to ride. Yes, we know the tire on the smaller bike is flat. It went flat on a test drive but it was the bike in the best condition so we took it home.

I am keeping my fingers crossed that we will not become frequent patients at the ER. We are planning on taking lessons in the near future.