My school had its annual carnival a couple of weeks ago. Boogs is going to be transferring to my school next year, so I wanted him to see the school. He invited his friend, M,  from down the street to join us at the carnival. The boys really enjoyed the carnival. We stayed for about three hours. 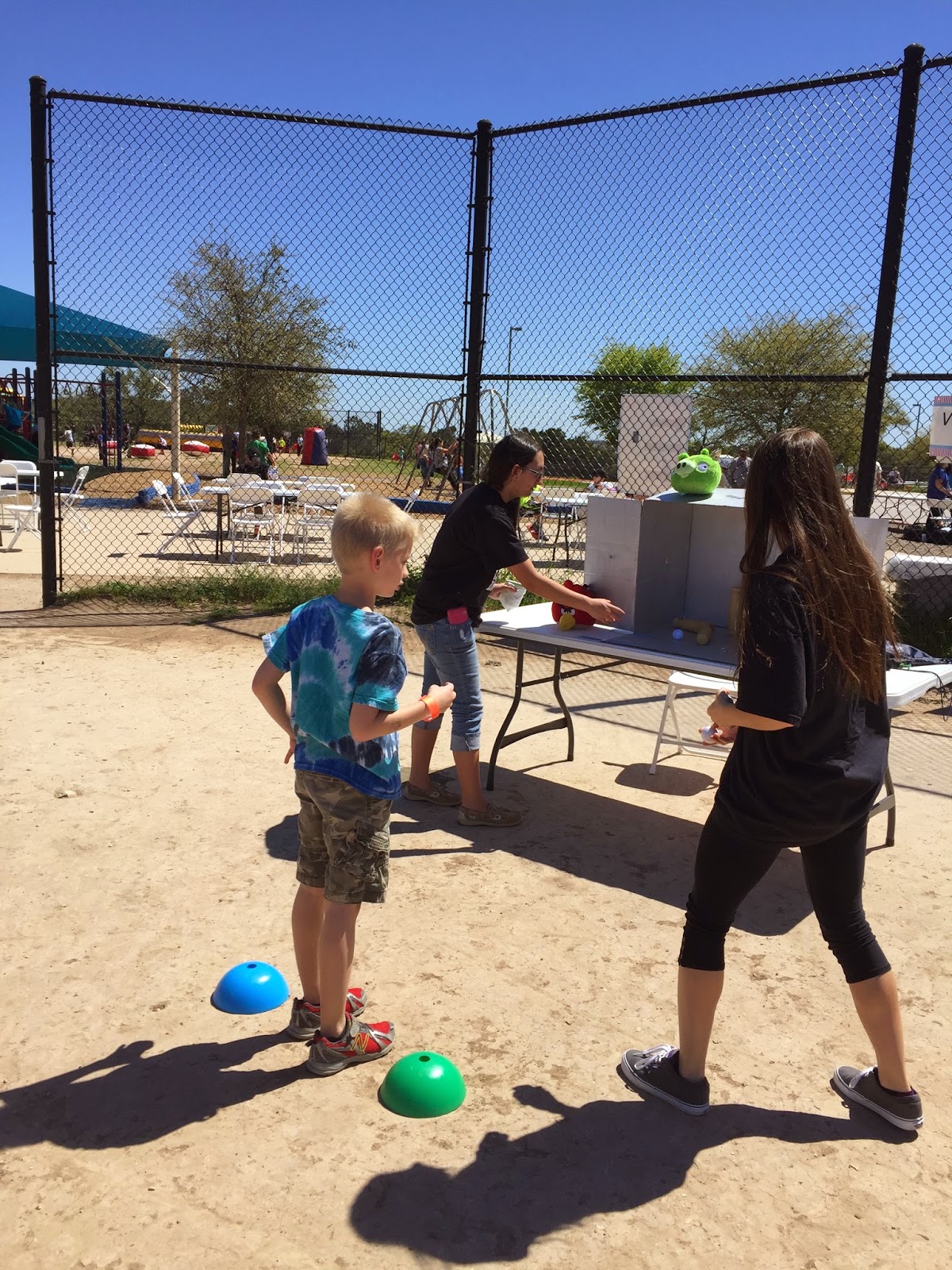 A local Karate school had sparring gear. Boogs was definitely interested in sparring. 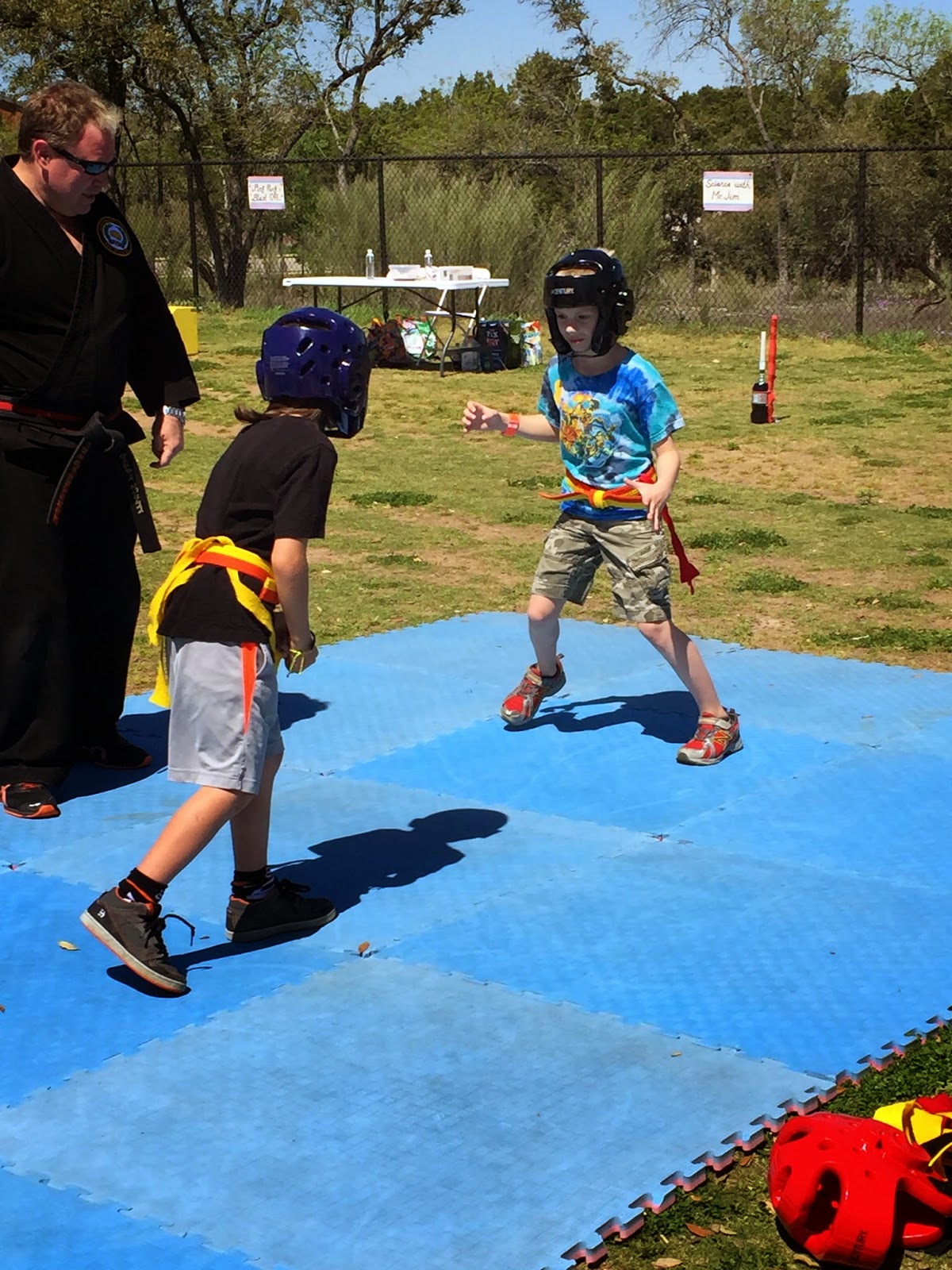 These brave teachers let kids throw plates of whipped cream at their faces. Nope, I did not volunteer for that booth! 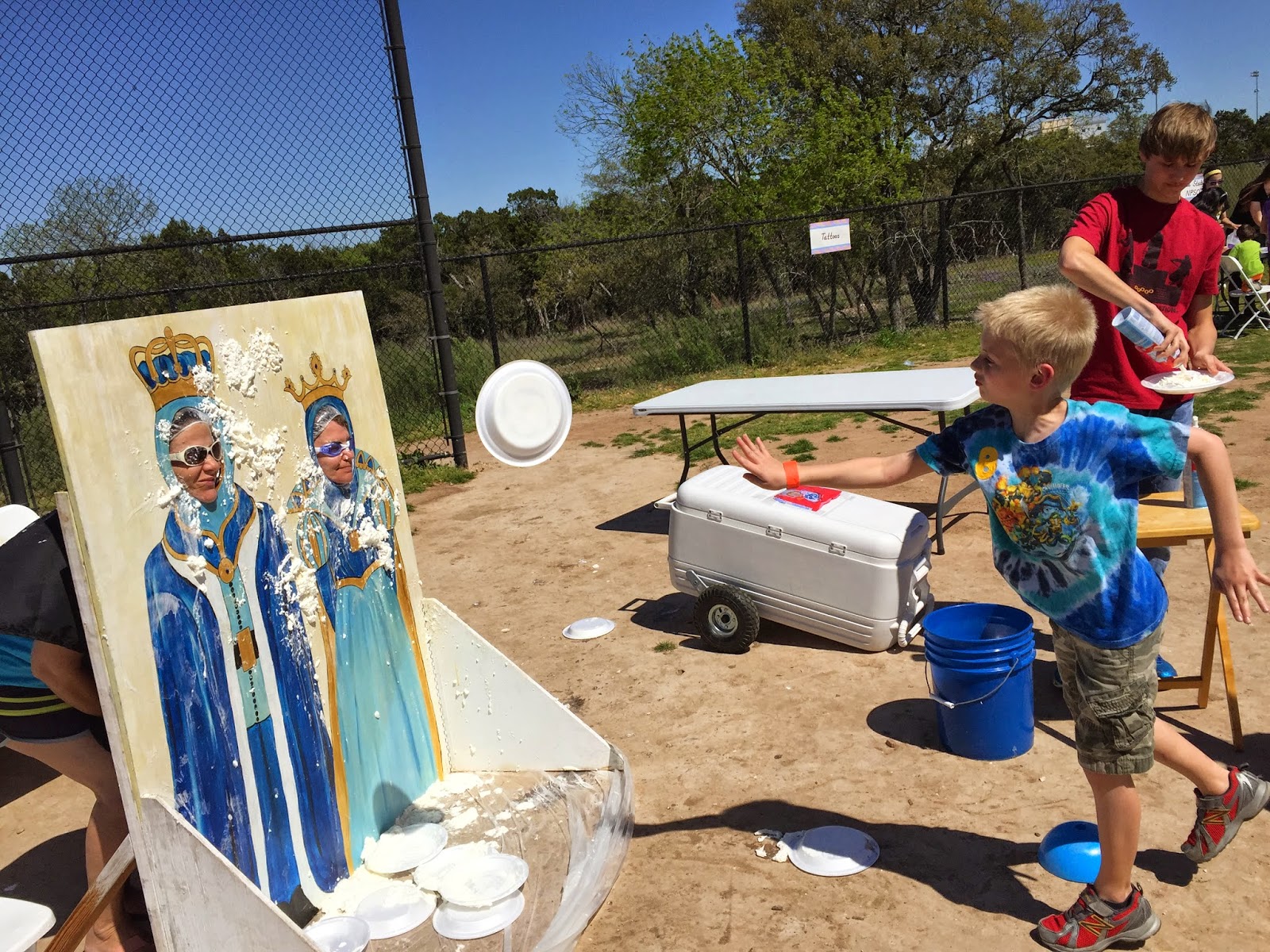 This bouncy obstacle arm thing was amazing! There was a high arm and a low arm that swung around, constantly changing directions. The kids had to jump over or duck under the arms. It was hilarious watching them try to avoid getting knocked off their platforms. 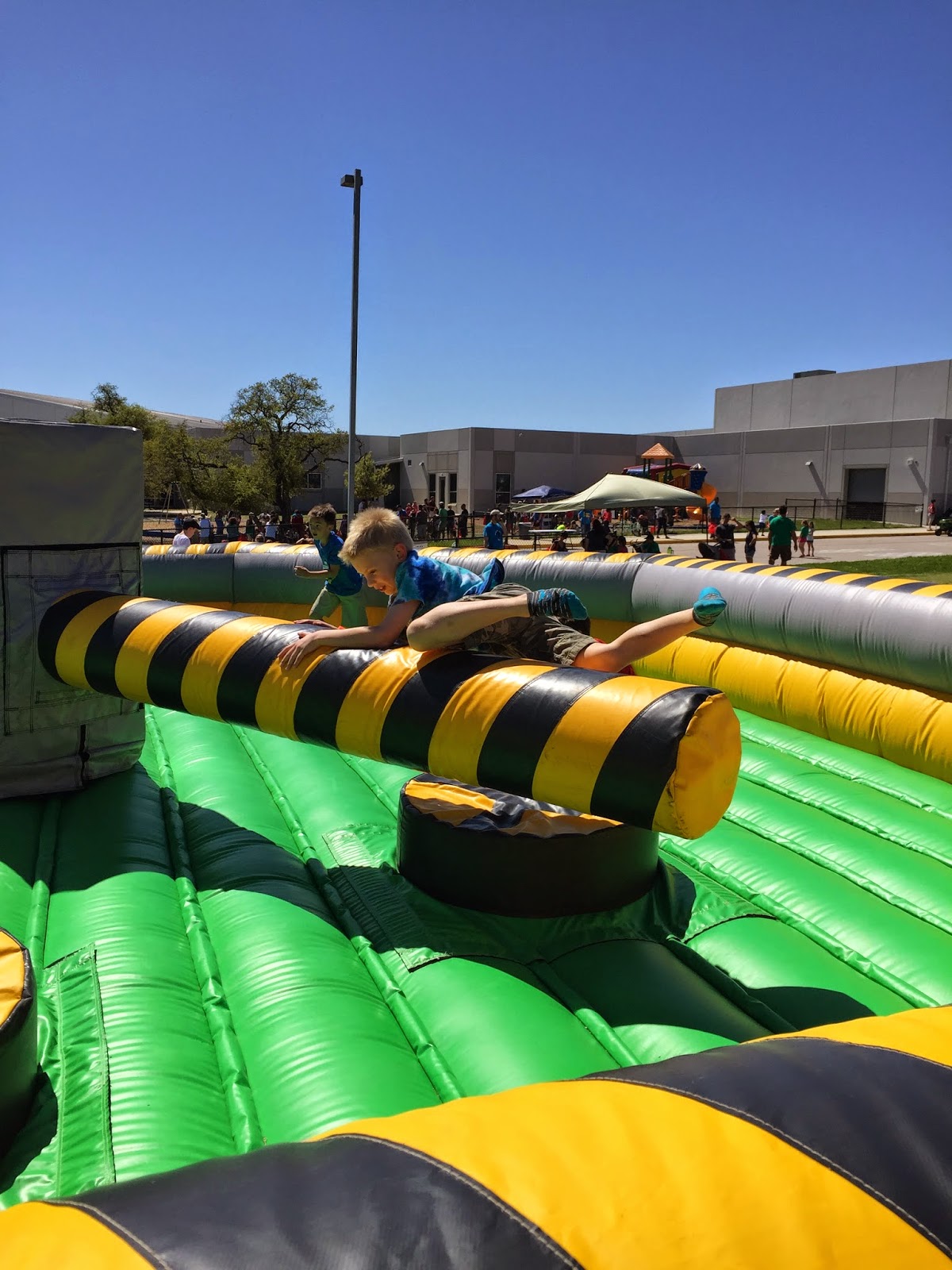 Boogs asked if we could have this bouncy thing at his next birthday party. No! It is practically bigger than our backyard. 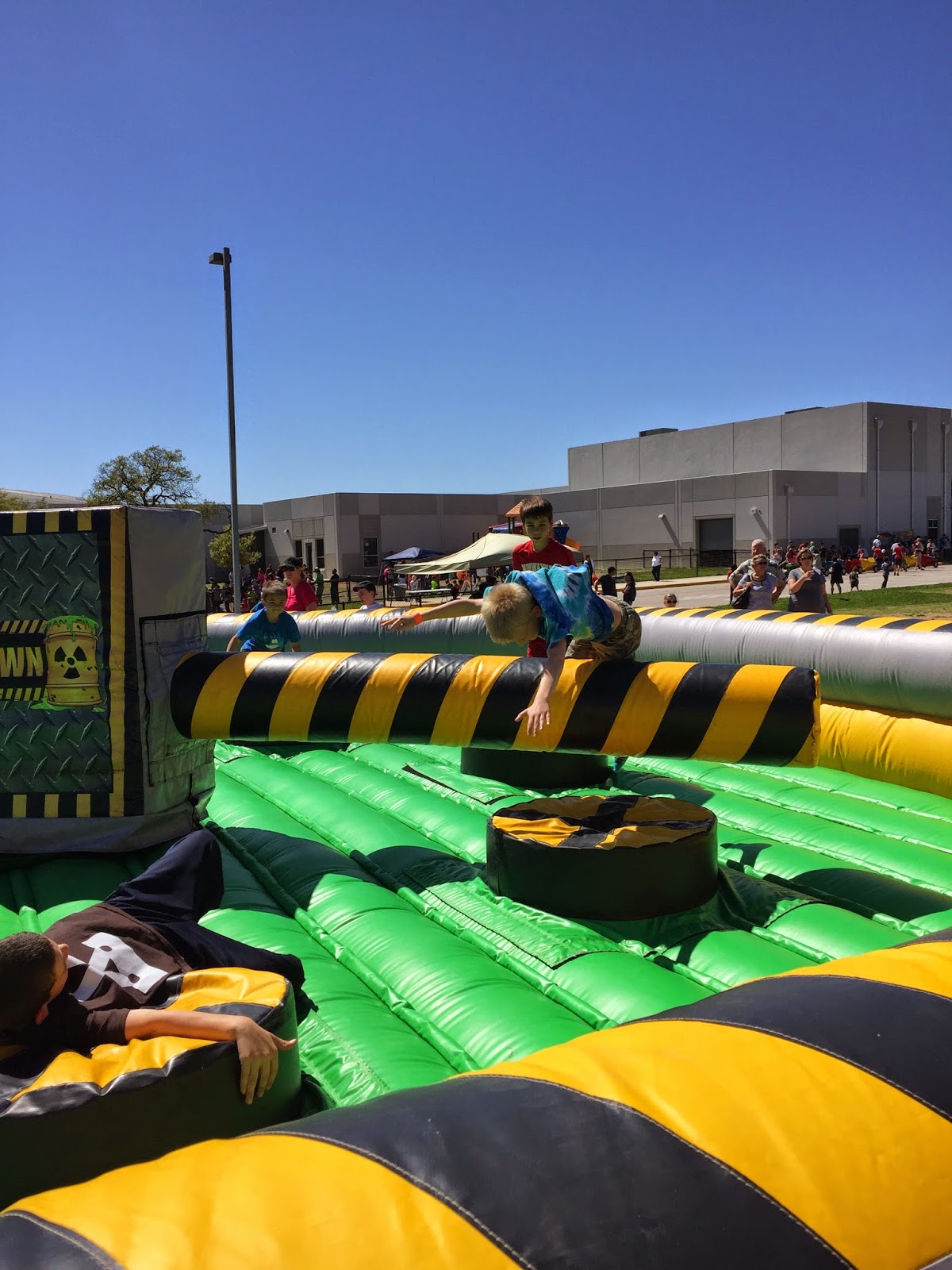 I LOVE that Boogs closed his eyes every time he shot an arrow. His did hit the target a few times. 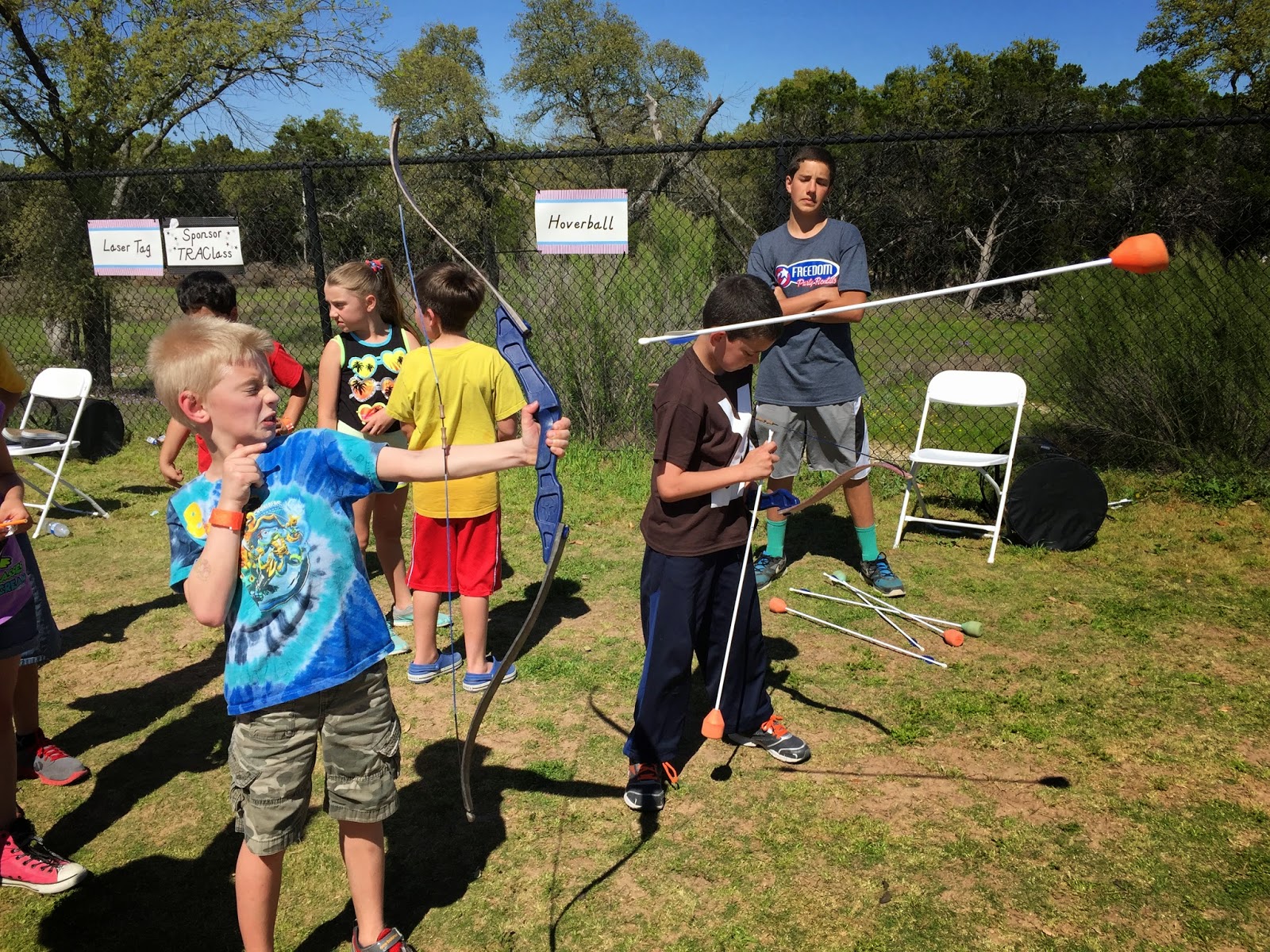 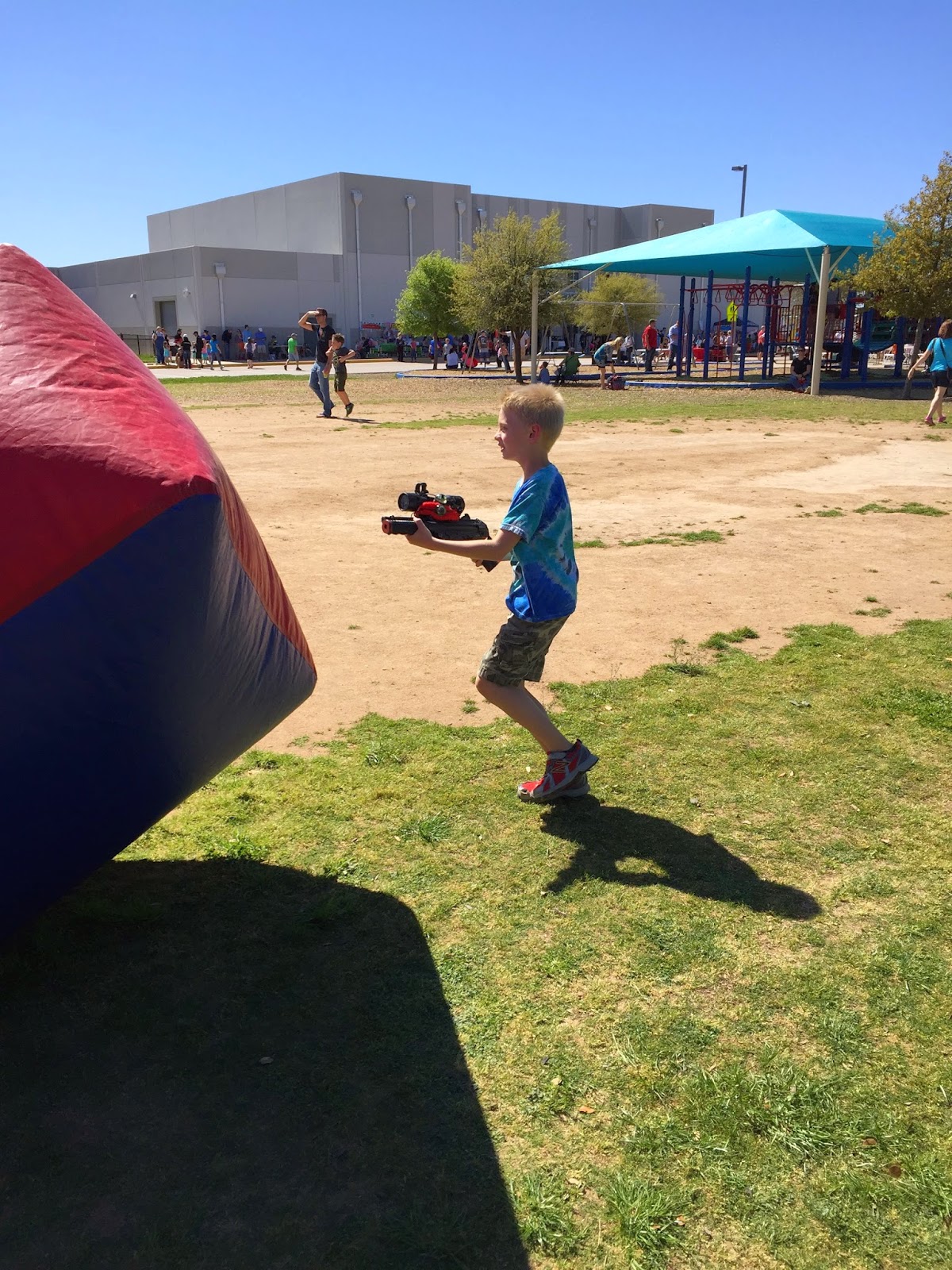 The were lots of other little game booths. I think these two visited every booth at least two times. 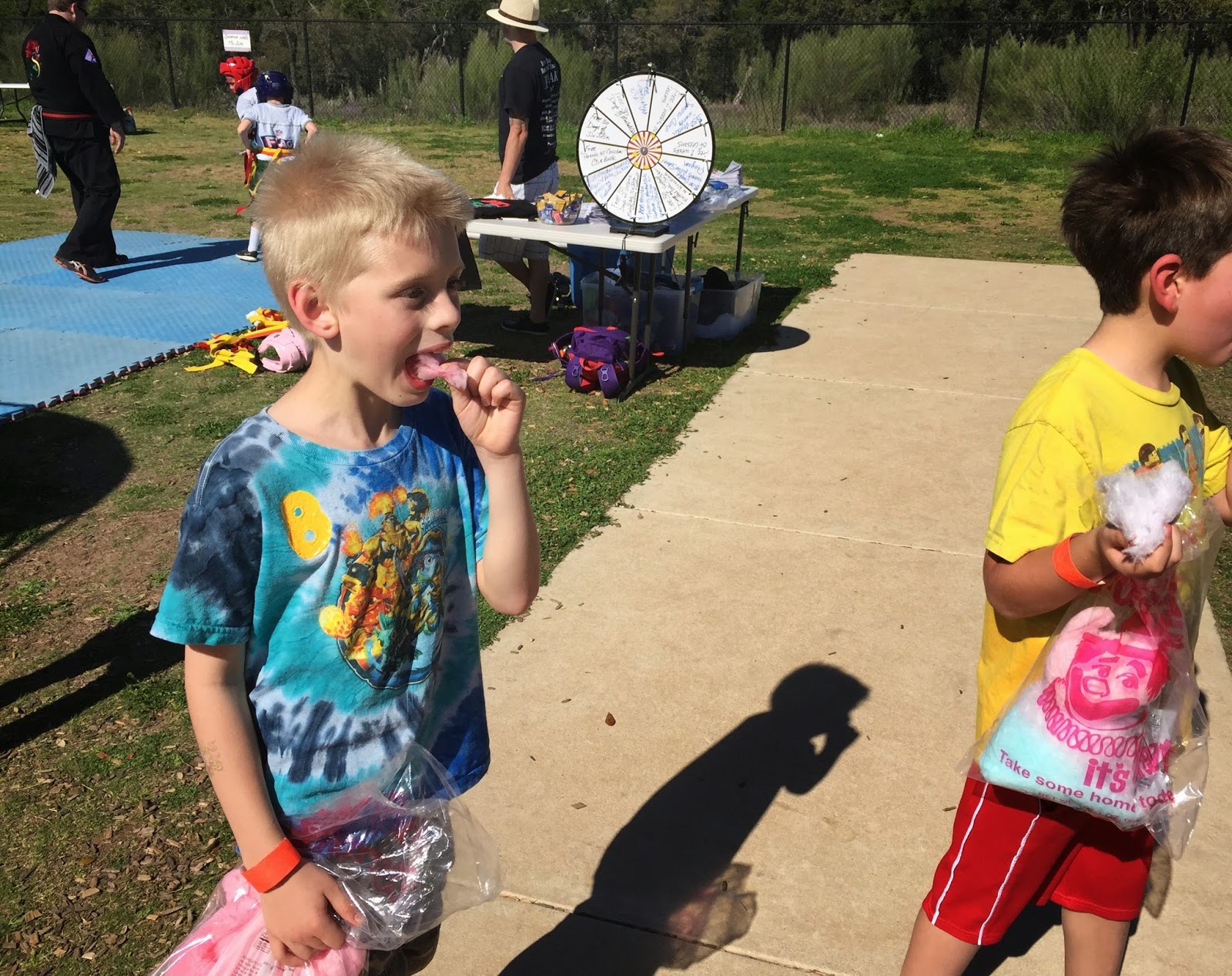 Of course, you can't go to the carnival without getting a bag of cotton candy. This carnival was such a great way to spend the afternoon.

I am glad both boys had fun at the carnival. Sadly, the next few days were not fun for either of them. Boogs woke up the next morning throwing up. He was ill for five days and weak for a few days after that. He lost almost five pounds and was put on prescription anti-nausea medicine. He was mostly back to normal by Easter Sunday, which also happened to be his birthday. I received a text from the M's mother the day after the carnival letting me know they had taken M to a clinic early that morning because he was complaining of a sore throat. He tested positive for strep throat. Luckily, Boogs did not get strep throat and M did not get Boogs' awful virus.