Boogs and Daddy spent the entire day last Sunday hanging out. They started the day with a little bit of target practice in the backyard with a bb gun. They set up a zombie target, a cardboard box with a paper target on it, a tin can, and a half filled water bottle. I tried a few shots and realized that they were both better shooters than me. 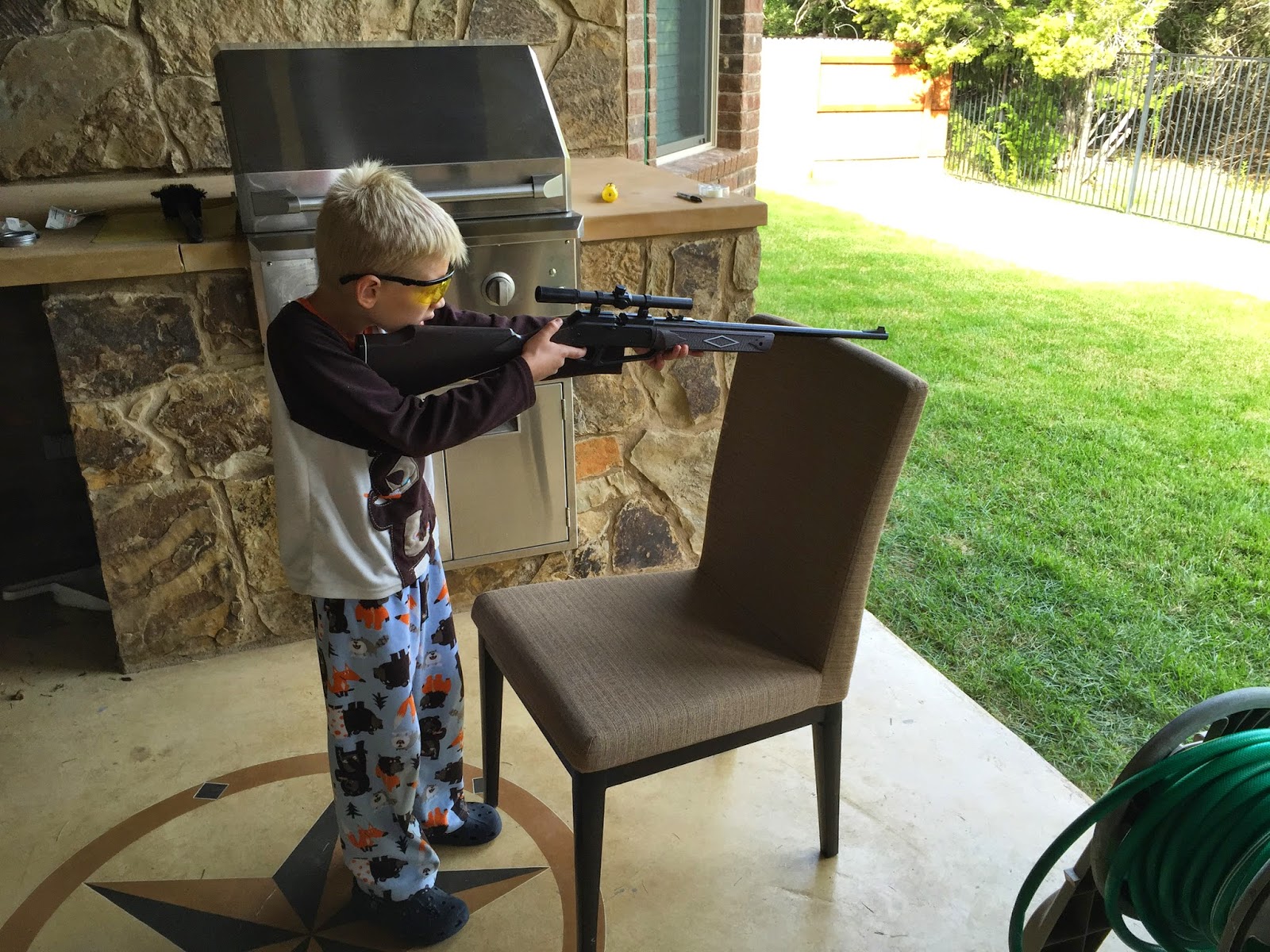 A little later in the morning,  they went fishing with their new fishing gear. They spent 5 hours fishing. 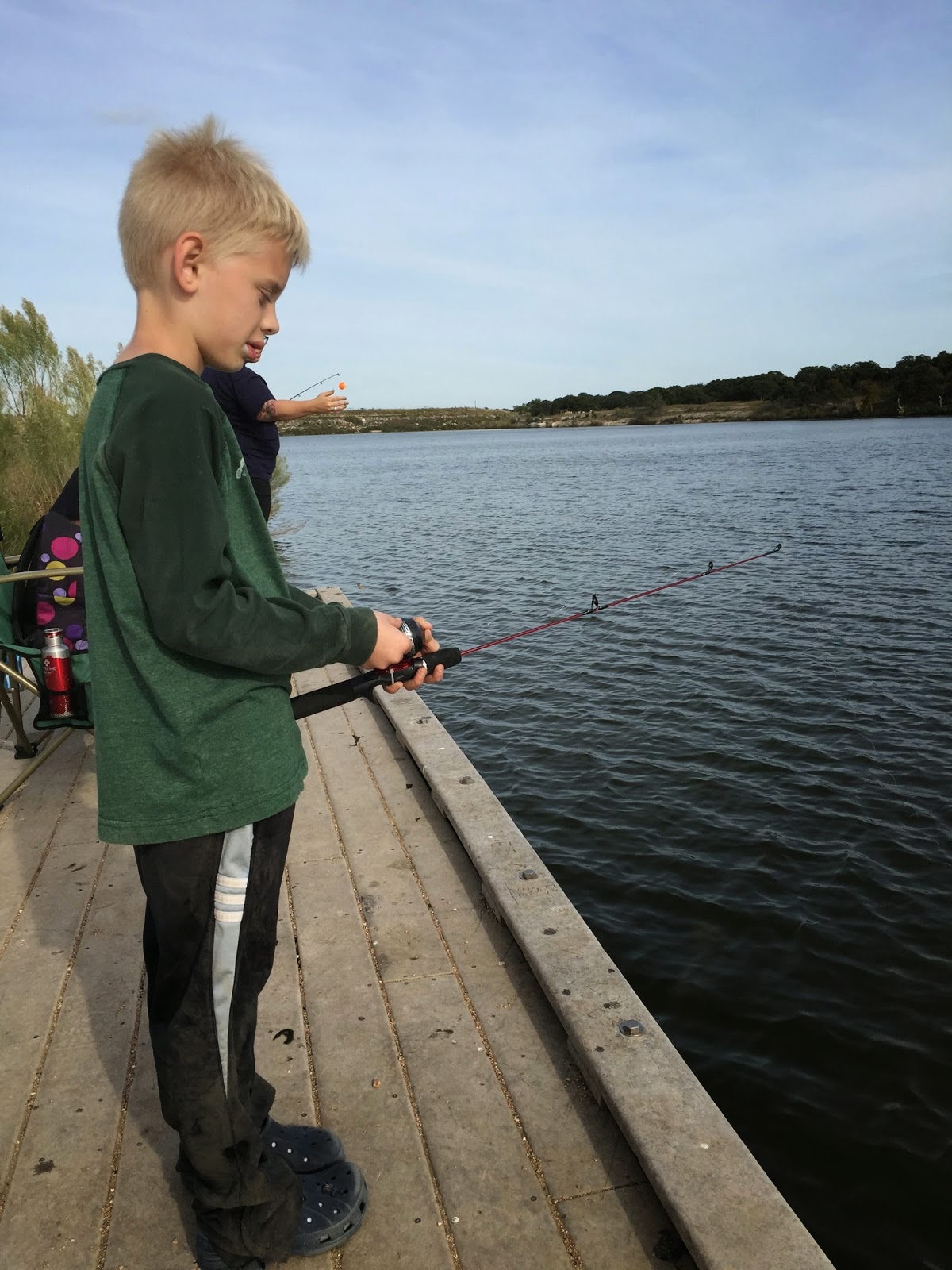 Daddy saw a slow moving fish in the water that was almost turned on its side. He reached into the water and pulled out this: 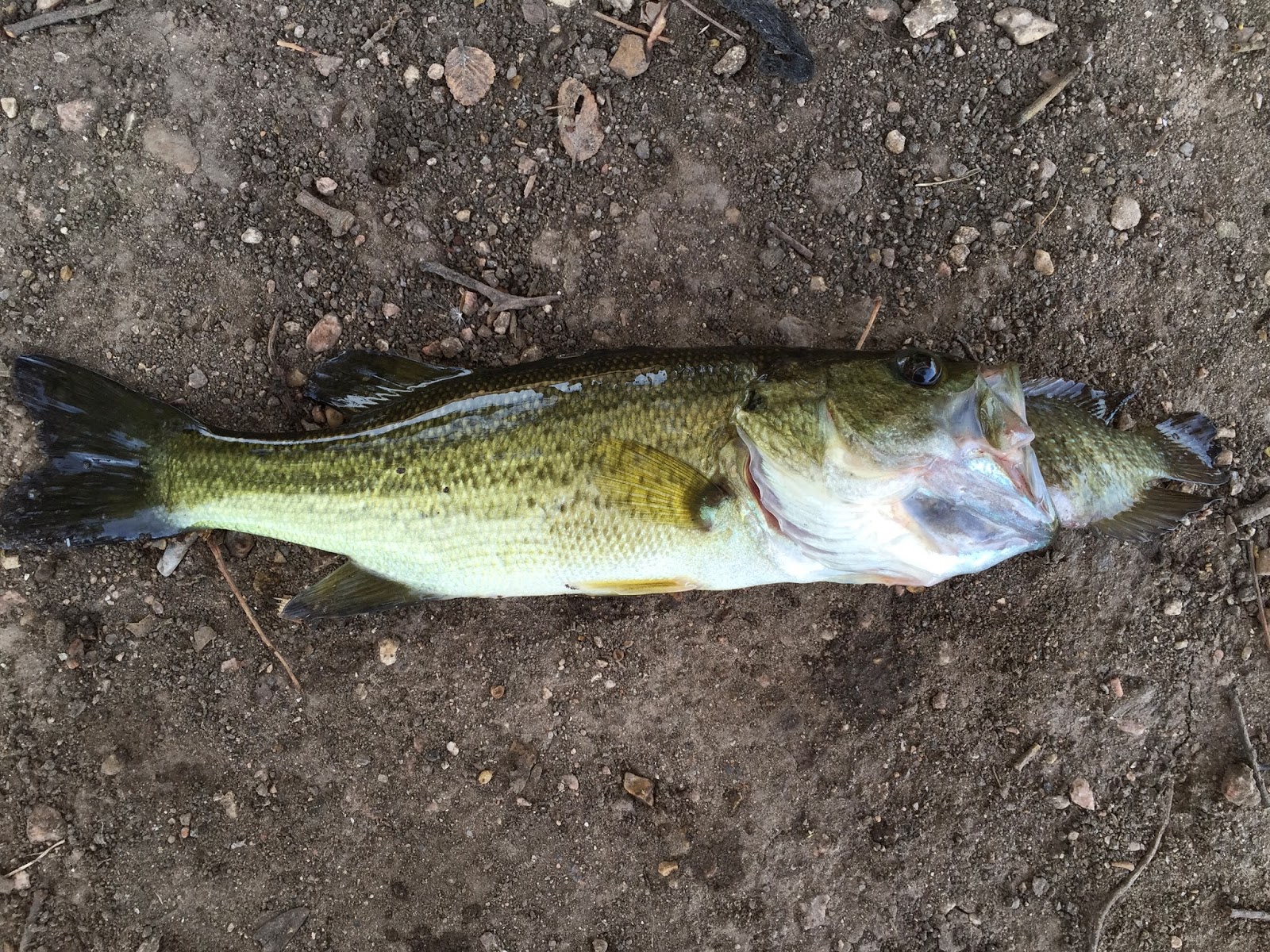 A large mouth bass "choking" on a small sunfish. They said it was the weirdest thing to see. 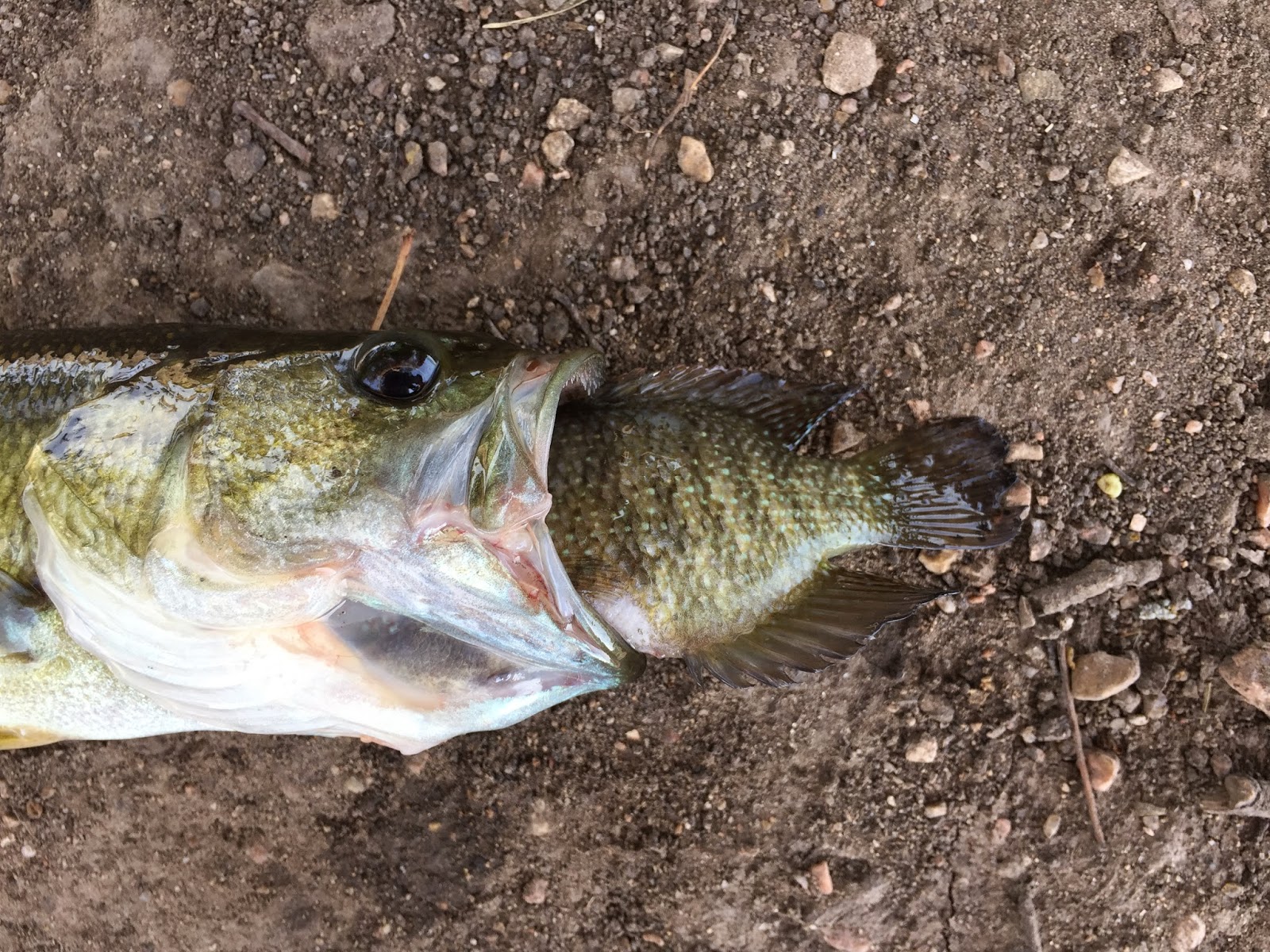 They pulled the little fish out and then put both fish back in the water. The fish swam off in opposite directions. 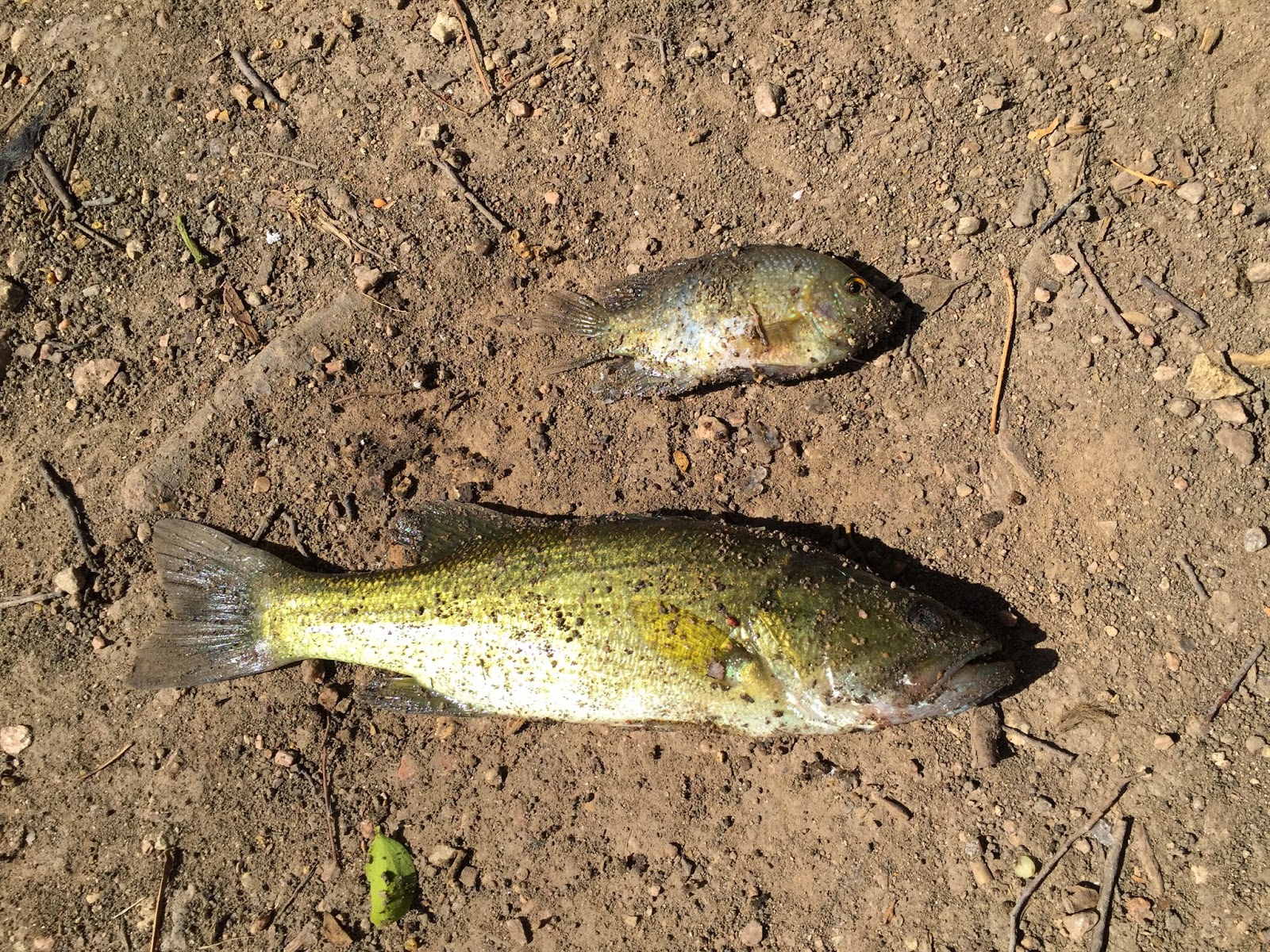 Boogs biggest catch of the day was a boom box. It broke his line. That is so gross looking. 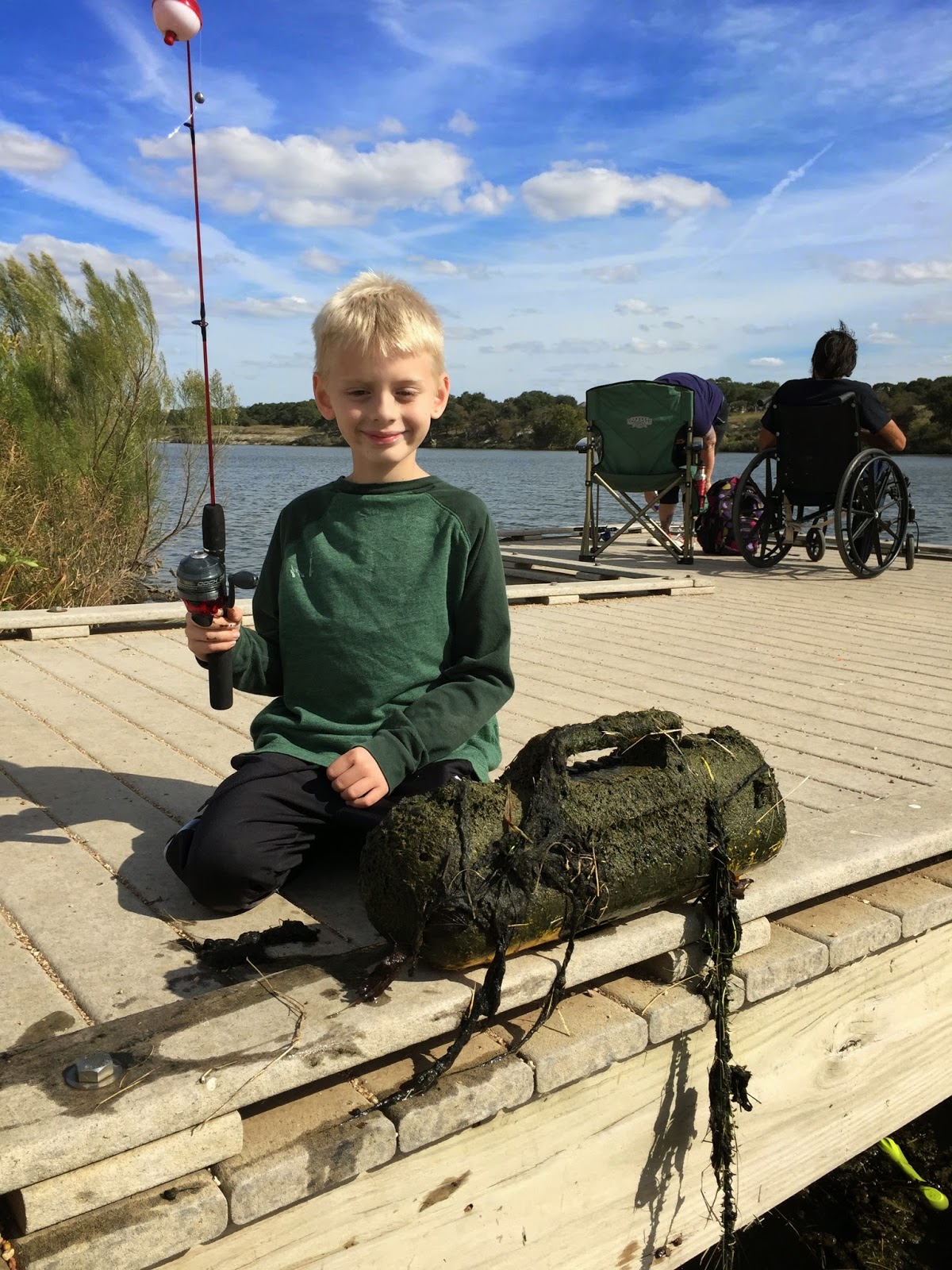 As the hours went by, Boogs had to make himself more comfortable. 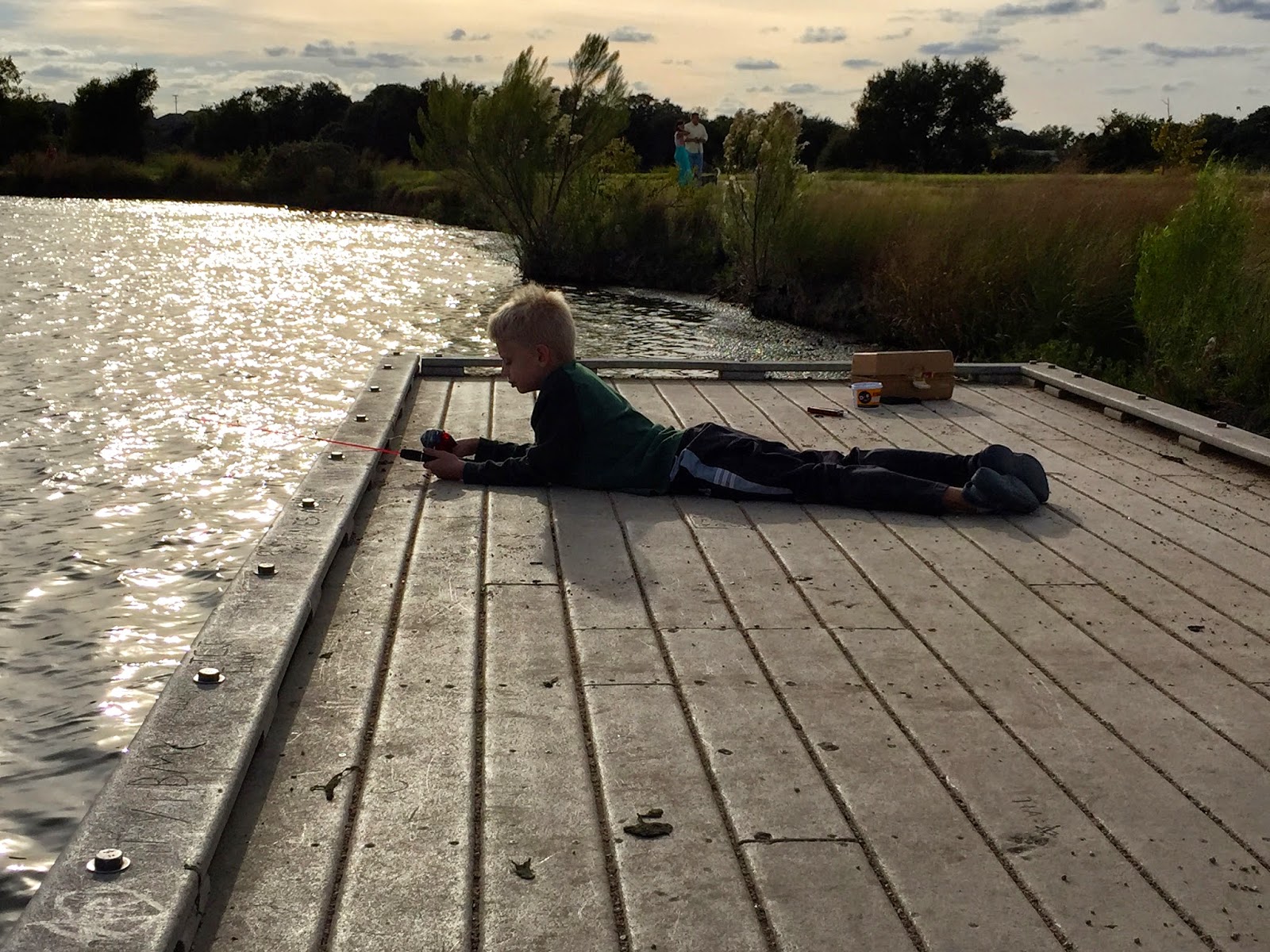 When they finally returned home, we made a fire on the back porch. Dinner that night was roasted hot dogs with roasted marshmallows for dessert. 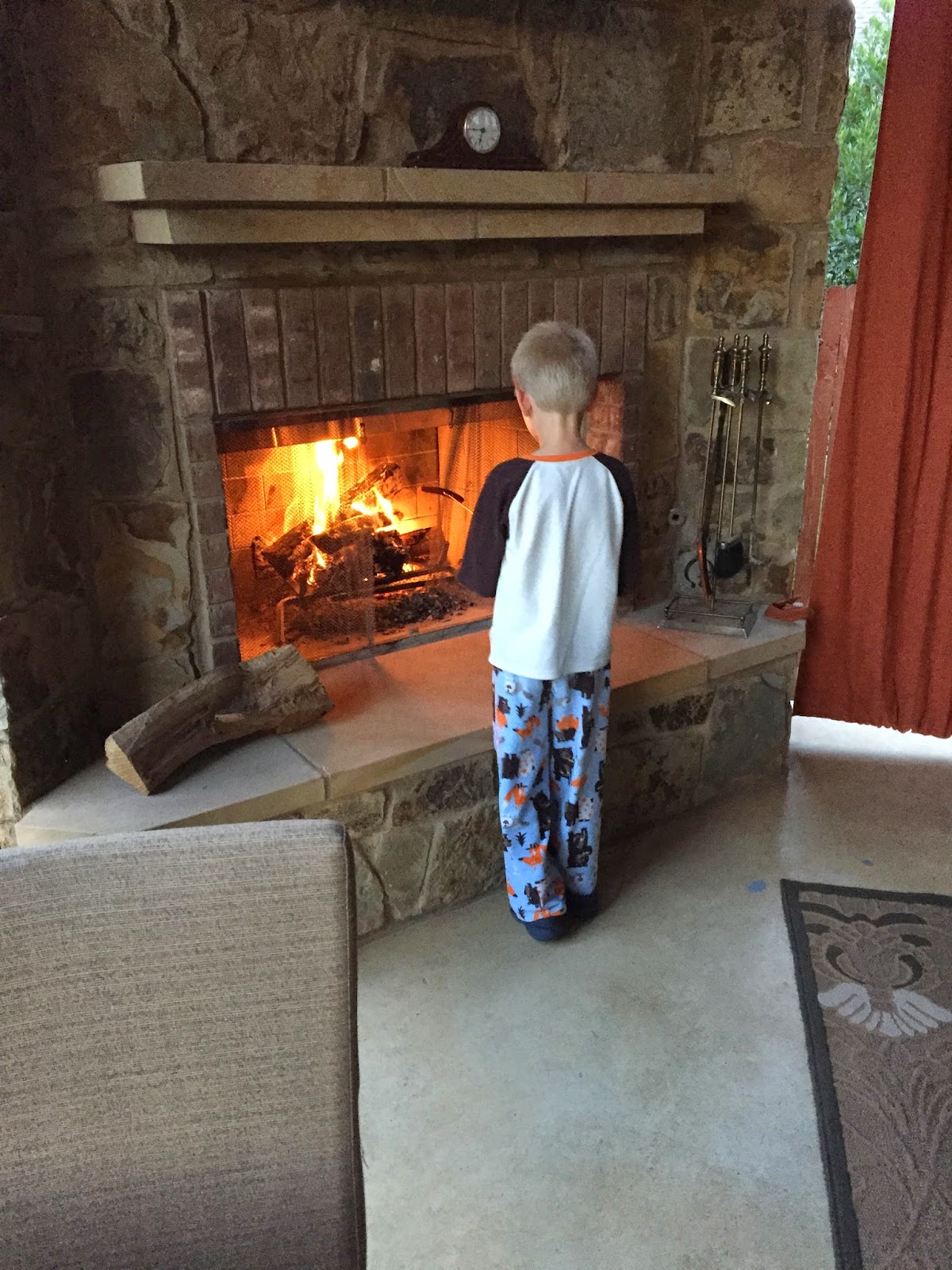